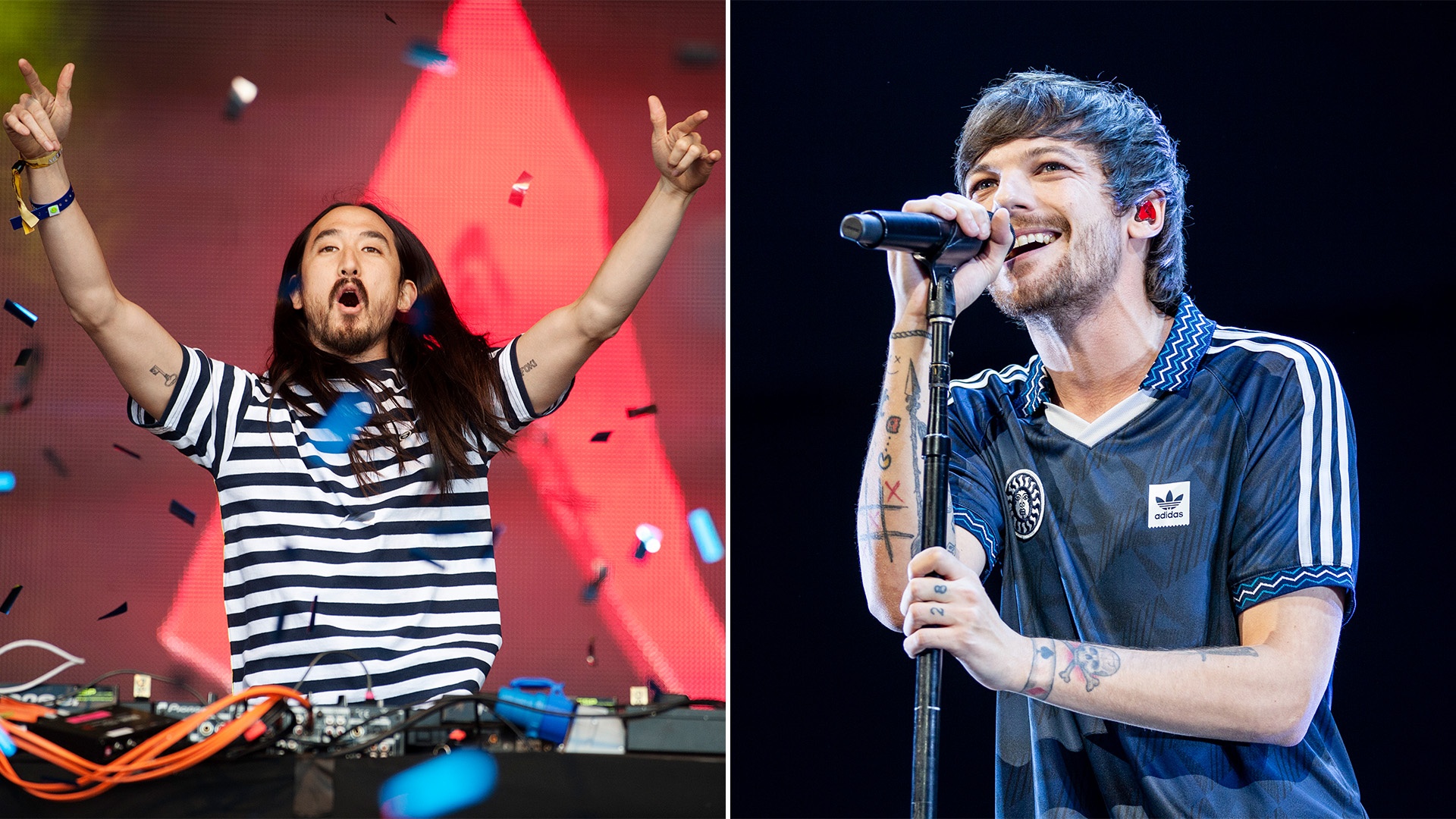 This afternoon, a video of the apparent truck of Steve Aoki leaving the hotel Mexico City where are you staying Louis Tomlinsonwhich sparked rumors of an alleged live collaboration.

In particular, fans of both singers began to speculate about performing together at one of the three Louis Tomlinson concerts, which will take place at the Pepsi Center WTC on June 14, 15 and 17.

Although it could be an unfounded rumor, since it is not even certain that the DJ is staying in that hotel, a TikTok published by Steve Aoki on June 13 was the one that gave strength to the assumption.

In the short video, Aoki placed a text that says “I have never cried with a Steve Aoki song”; later, he placed just a glimpse of Just Hold Onthe song he released in 2016 with Louis Tomlinson.

Steve Aoki uploaded a TikTok that would suggest singing Just Hold On live.

It should be noted that it is a fact that the producer is in Mexico Cityas confirmed by himself in an Instagram story showing the streets.

Those little details made fans of both excited about the possibility of Steve Aoki and Louis singing together. “If they sing Just Hold On at the concert today I’ll die (of emotion)”; “From what they say, some fans saw him at the hotel where Louis always stays in Mexico.”; “If it’s true that Steve Aoki is going to be at Louis’s concert tonight, What envy, they are going to listen to Just Hold On with both of them” and “I want to see that gold duet” were just some of the comments that could be read on social networks. 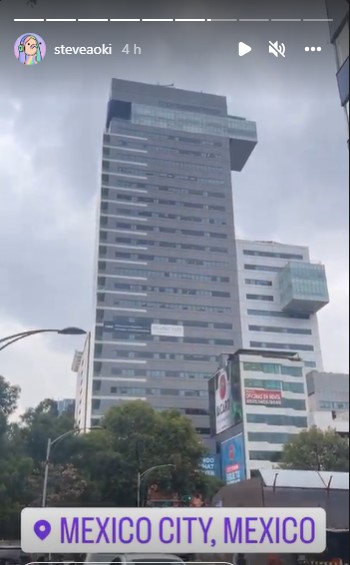 Steve Aoki confirmed with this photo that he is in the capital of Mexico (Photo: Instagram/@steveaoki)

There were those who even made memes to “attract” and “invoke” the long-awaited collaboration live. Louis’ tour of Mexico began last June 11 in Monterrey and 12 in Guadalajara.

In those shows, the former member of one direction performed the following song list; Just Hold On is not found in this set list, so it would be a real surprise:

-Don’t Let It Break Your Heart 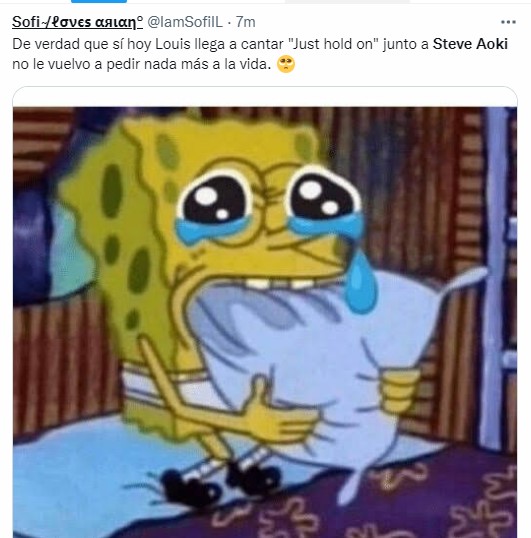 The memes for the alleged live collaboration did not wait (Photo: Twitter)

-7 (Cover Catfish and the Bottlemen) 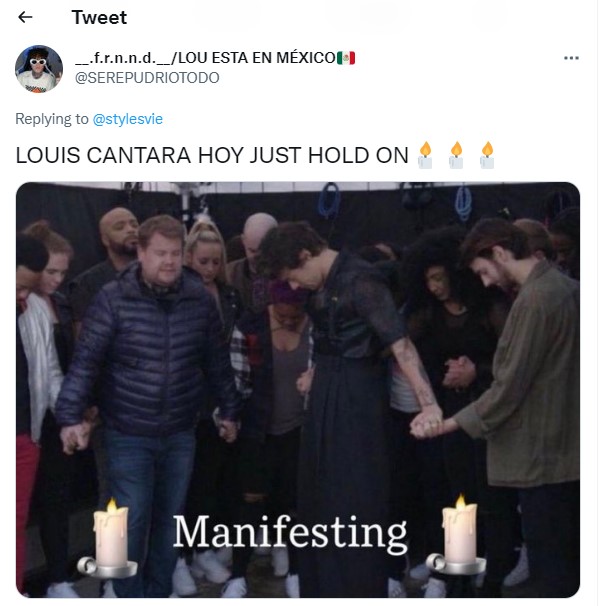 Just last April 16, Steve Aoki spent time in Mexico for the San Marcos Fair, since he was in charge of the inaugural show.

It should be noted that this cultural event in the state of Aguascalientes It had been postponed for two years due to the coronavirus pandemic.

After musicalizing the count that began the edition of the San Marcos FairSteve Aoki surprised the thousands of attendees with electronic music and imprinted his colorful style on the fair, even sharing giant balls for the public to play with them while they jumped and enjoyed their music. 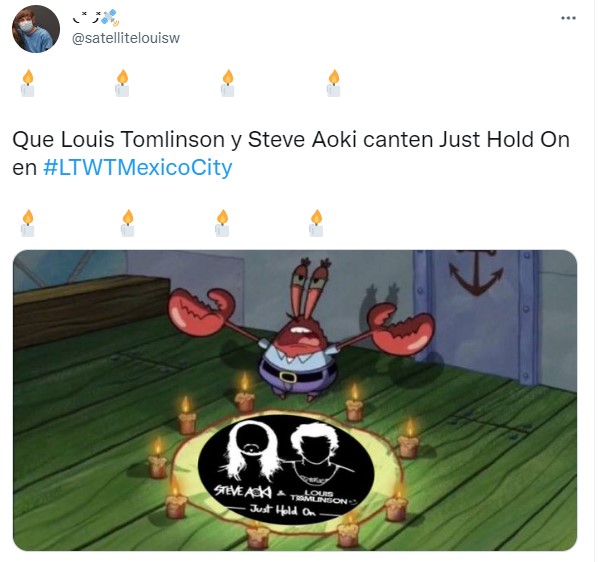 Some users suggested making an invocation “ritual” so that the prediction is fulfilled (Photo: Twitter)

The show was accompanied by colorful pyrotechnics and a very close interaction by the American producer with his audience, since the DJ invited people to play with their voices between songs.

The public at the San Marcos Fair showed solidarity during Steve Aoki’s presentation, as they managed to carry a person in a wheelchair and they took him to the stage, where he could take pictures with the producer.