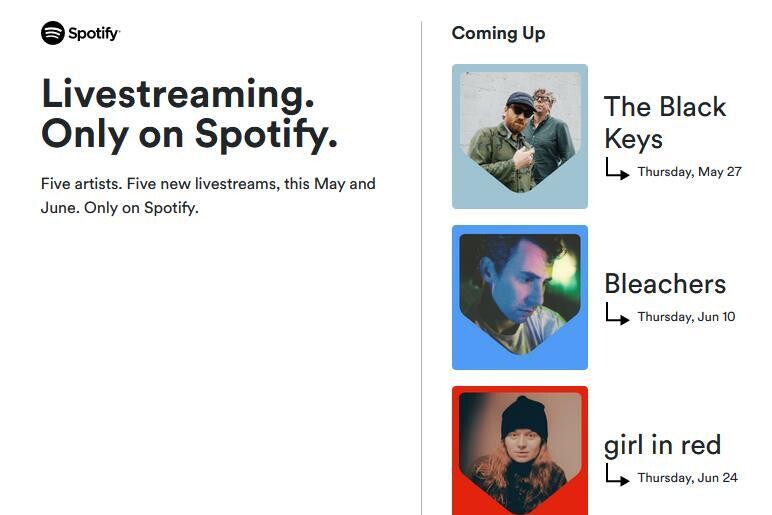 Spotify has announced that will offer a series of online concerts over the next few weeks. According to the spokespersons of this platform, “the world live music industry is still a long way from returning to normality”, referring to the pandemic we are experiencing and which makes it very difficult to bring together large groups of people. It should be said that Although the company talks about “Livestreaming”, they are not really live.

The streaming giant has presented five virtual events. The artists choose the place of the show and, as we said, it is prerecorded and not “live”. The concerts will last between 40 and 75 minutes and, as they are not live, they can be seen in various time zones. Yes indeed, They can only be viewed during the specified time for which the ticket was purchased.

15 dollars non-refundable, although the capacity is obviously not limited

Entrance to each of the performances will cost $ 15 (or the equivalent in local currency), and users they will need a Spotify account of any level to be able to access, As it explains whathifi.

If you buy a ticket, it will be linked to your Spotify account. This translates to You will not be able to share or exchange logins if you can no longer attend. The purchase cannot be returned. If in the end you cannot attend for whatever reason, Spotify will not refund the money, although this type of concerts does not have, of course, a limited capacity.

During the months of confinement, many were the artists and platforms what they bet on entertaining their audience with concerts taking advantage of the Internet.