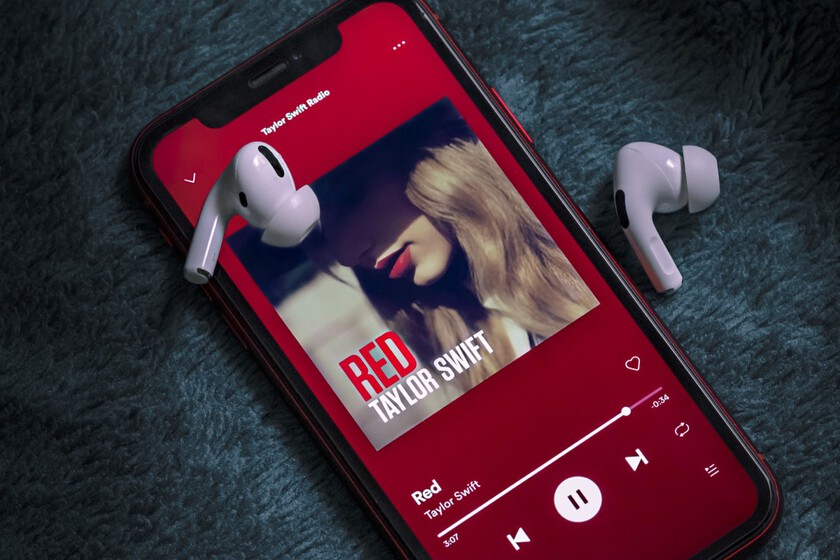 For years, since its birth in 2008 and until 2017, Spotify was loyalty subscribers thanks to its excellent product and converting more and more, making them go from the free plan to the premium plan. That way it managed to get around 45% of its users to go through the checkout every end of the month, a not inconsiderable percentage that has been stagnant since then, four years. Its number of users, yes, has not stopped rising.

In the third quarter of 2021, the last with published figures, they were already 381 million (172 million of them, of payment). At the time of publishing these lines it is very likely that the total amount already exceeds 400 million, something that we will certify in the next results report of the Swedish company.

That future transformation goes through start getting much more money for your mass of users of the free plan, who are more than half of their customers and pay them listening to advertisements in exchange for losing some of the comforts that premiums have.

For Spotify, the real business is in the first: each premium user reports an average of $ 57 per year (although the rate is higher, countries with weaker currencies, family plans, couple subscriptions, temporary promotions, etc). In contrast, each free user earns you less than $ 7 a year. A ridiculous amount that contextualizes the movements of Spotify in the last three years. You want to know us better … to monetize us better.

Spotify has been shaping and modulating its pricing plans for the past decade. Altering the limitations of the free plan, adding value to the premium subscription, and even creating an intermediate plan, $ 5 a month, which has long since disappeared from the offer. It has also been incorporating family or couple subscriptions. However, as we said, the ratio of paid users to free users has been stagnant for four years.

The famous (and groped ad nauseam) Pareto Law or the 80-20 rule states that 20% of a population shares 80% of something, or vice versa. In Spotify this principle is fulfilled in a certain way: 90% of the revenue comes from less than half of the users. Specifically, 45% of premium users. The years have passed, we have seen how the online advertising industry changed, how Spotify adjusted its plans … However, the percentage of income that its free users suppose has moved less than one percentage point, always in the limbo of 10 -eleven%.

This is where change comes in. Recently, Daniel Ek, CEO of Spotify, He said that that 10% that its free users suppose today and for many moons could rise up to 30% or 40% “in the next 5 or 10 years”, clarifying that the company is investing in this direction both in product improvements and in the platform itself, as well as in the hiring of global staff dedicated to managing advertisers.

Betting on podcasts or audiobooks helps Spotify in three ways: increase user loyalty, better understand their interests to exploit them with advertising, and pay less royalties for music

One of the great pillars of product growth for Spotify in the last three years has been the incorporation of podcasts, first in a concise and light way, and then taking it much further and completing the proposal with purchases from other companies in that same sense . From Joe Rogan’s producer until Gimlet Media, one of the world’s leading podcast producers passing by Anchor, a tool to create and distribute them easily. Too has started betting on audiobooks in the same context of getting to know each other better and atomizing the content. There is life on Spotify beyond music.

Podcasts help Spotify keep customers’ ears distracted by them instead of music, which equates to having to pay fewer royalties to song rights holders at the end of each month. But also They serve to better know the tastes of those users and to show them better segmented advertising, and therefore, more expensive. Spotify is quite aggressive in collecting data from its users to the point of store the most extreme detail of each session, including which song a playlist stopped listening to or which brand of headphones is being used.

The consumption of podcasts It comes in handy to know if a user has interests that the musical experience does not countsuch as gardening, architecture, or meditation. That knowledge enables you to deliver more effective advertising, and that efficiency enables Spotify to charge more for it. To all this, podcasting, one of the few strongholds where diffusion is still free via feed, you don’t see a penny for that content. Paradoxically, he puts the content and in the best of cases he finds monetization integrated by himself, but the platform does make every episode profitable. Cows have the same face when they see the train go by.

Spotify changed the way we listen to music in the 10’s, by the 20’s it wants to transform its business model