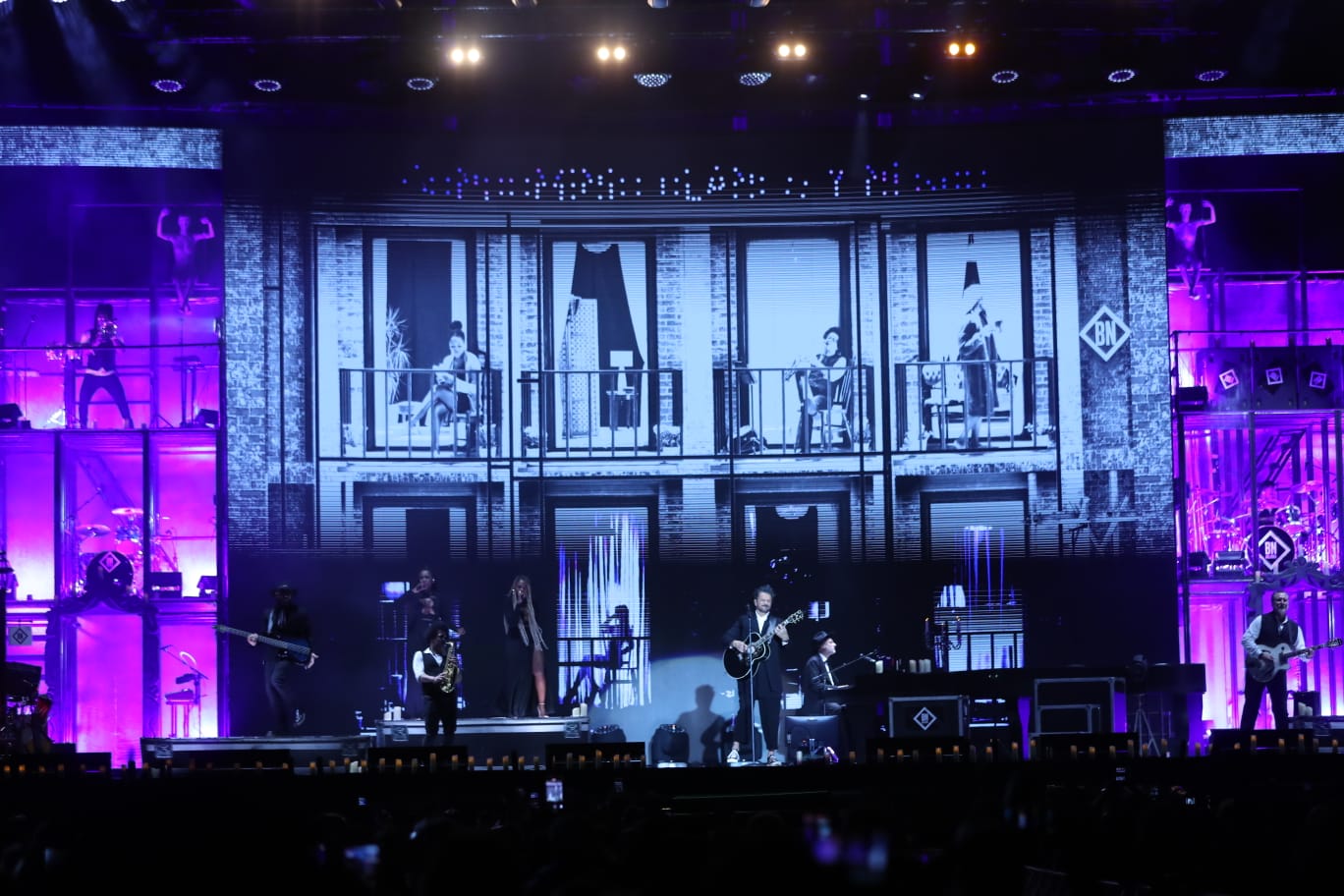 The saturday november 12 Guatemalan singer-songwriter Ricardo Arjona presented in Guatemala City the first concert in the country of his Black and White Tourthe tour that officially started last Thursday February 3 in Spain and with which he has toured several countries in Europe and America.

In each of the concerts in which the national artist has presented his show He has been cheered by his fans who have packed the venues.

Recently his label Metamorfosis notified that Black and White Tour has reached more than a million and a half peoplewhich has a firm step and the tour has been considered one of the 20 most powerful in the world alongside Coldplay and other music celebrities. The Guatemalan singer-songwriter appeared at Explanada Cayalá with a full house and offered a special show in his country.

During the first evening, on Saturday 12, Arjona the concert began with the songs If I were to die to live Y Shethen addressed his first words to his fans. “Wherever I am, the road always leads me to Guatemala”said the singer-songwriter and was applauded.

The second will be held tonight, Sunday, November 13, in the same place.

At the first concert of Black and White Tourthe local artist also included songs like Mushrooms, Accompany me to be alone, Love, The problem, The crush and the sequel, No harm to third parties, If the north were the south, Lady of the four decades, The little I have, Tell me no, When, How it hurts , History of taxi and From illusion to fear.

In Black and White TourArjona has delighted his admirers with his songs, with the visual spectacle that he offers and with the quality of the musicians that accompany him. In addition, in several cities he has surprised by having some special guests with whom he has shared the stage.

In Guatemala, the protocol changed and during the evening of Saturday the 12th, got off the main stage, walked around and interacted with various fans and came to a center stage where he performed My country and then a fragment of the Guatemalan national anthem was heard, at which point he drew sighs and was applauded by the crowd. On that same stage he performed the songs Jesus Verb not Noun Y To you.

Back on the main stage, Arjona continued with his show and included songs like The love that I had Y naked.

“I want you to listen to a gringo who doesn’t speak Spanish, but who will show something special tonight,” said Arjona and invited Jonathan Yudkin, the violinist who accompanies him on his tourwho is originally from Nashville, Tennessee, USA, and together they performed Because I can.

During the ShowArjona continued with surprises because invited his son Nicolás on stage, who accompanied him playing drums on the song I love you.

It is not the first time that the twelve-year-old has shown that he inherited talent from his father. In addition, on several occasions the Guatemalan singer-songwriter has published on his social network accounts the moments in which his son has been an accomplice of recordings, concerts and other moments related to music.

Ricardo Arjona sang in Guatemala in a two-hour show in a venue that was packed mostly by national admirers, but was also attended by audiences from countries such as Mexico, Puerto Rico, Colombia, Argentina and Costa Rica, among others.

The national singer-songwriter included songs like I know you Y Minutes, then he said goodbye. However, she returned to the stage and performed Was you Y Women. Then he definitively left the stage that was illuminated with lights and pyrotechnics.

Prior to the concert on Saturday 12, The Guatemalan fan club, identified as Arjona Pandilla, took a ride in a Trolley around the Explanada Cayalá.

During the two-hour tour, the club met with admirers of various nationalities, who danced, sang and enjoyed their stay in the country.