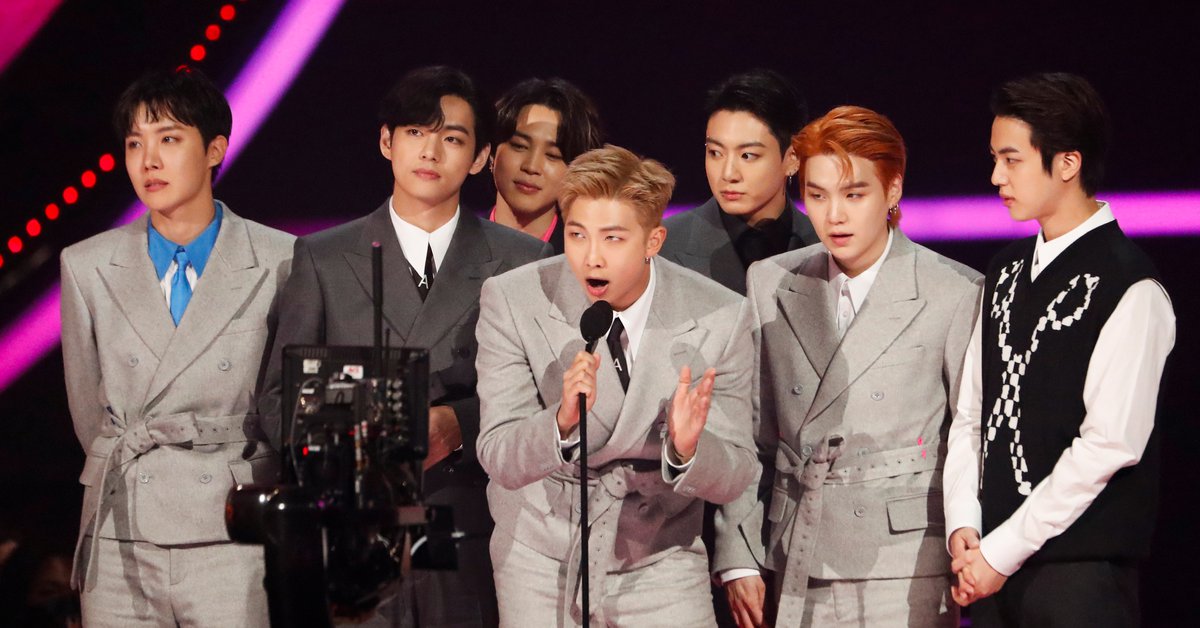 The South Korean band BTS swept this Sunday at the American Music Awards ceremony at the win in the three categories for which they competed, including the most important of the night, which awards the artist of the year.

The South Koreans were the great protagonists of the gala, held at the Microsoft Theater in Los Angeles (USA), as it also won the award for best group Yet the best pop song for “Butter,” They performed twice, one of them with the British Coldplay.

“This is a miracle. Seriously, we will never take it for granted, ”said RM, a member of BTS, a group originally from South Korea that has an impressive fan club around the world, known as Army.

The American Music Awards (abbreviated as AMAs) serve as prelude to the prestigious Grammys, albeit with the difference that they are determined by a popular survey directed at music consumers, rather than being voted on by industry experts.

BTS’s presentation during the ceremony (Reuters)

Among the list of honors, the name of the Americans also stood out. Doja Cat and Megan Thee Stallion, who each won three awards, including Best R&B Artist and Best Rapper, respectively.

Taylor Swift, meanwhile, won the award for best pop singer for the seventh time in his career and his album “Evermore” he was awarded the title of best pop album.

Swift is the artist with the most AMAs in history, with a total of 34 victories.

Finally the great favorite of the night, Olivia Rodrigo, only got one prize out of the seven to which she aspired, the new artist of the year.

Becky G was imposed as best female Latin artist and “Telepathy” of Kali Uchis it took the title of favorite Latin song.

The Banda MS Sergio Lizárraga closed the Latin chapter with the award for the best group.

As a novelty, the AMAS inaugurated this year a category that awarded the most viral song on social media like TikTok and that was for Megan Thee Stallion’s “Body”.

The Italian Måneskin, recent winners of the Eurovision Song Contest, who performed at the gala presented by rapper Cardi B.

Karol G announces the leap to acting: he will be part of a Netflix series
What kids who made it big with just one Hollywood movie and “disappeared” now look like