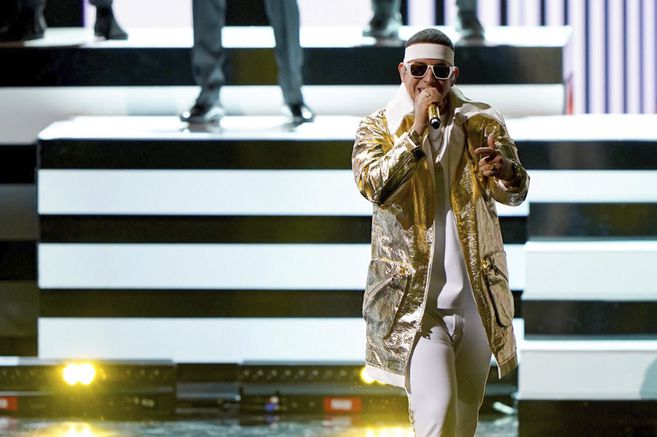 According to the publication of Rolling Stone magazine, more than 250 artists, composers and members of the music industry chose the 500 best songs, placing “Gasolina” in position 50 and “Safaera”, 329.

“Gasoline”, interpreted por Daddy Yankee, and “Safaera”, from Bad Bunny, Jowell, Randy and Ñengo Flow are included in the new list of the best 500 songs in history, published the magazine specialized in music Rolling Stone.

As detailed by the publication this Wednesday, more than 250 artists, composers and members of the music industry, chose the 500 best songs, placing “Gasoline” in position 50 already “Safaera”, 329.

“Gasolina,” co-written by veteran street artist Eddie Ávila, appears on the album “Barrio Fino” (2004), by Daddy Yankee, while “Safaera” is on the album “YHLQMDLG” (2020), acronym for “Yo Hago Lo Que Me La Gana”, by Bad Bunny.

According to a description given by Rolling Stone, the idea of ​​composing “Gasoline” came when Daddy Yankee he heard a man on the street yelling at a woman: “Take it, mija, how do you like gasoline!”, referring to the vehicles groomed to get to the parties.

“That phrase became a current chorus that ignited a worldwide fervor for reggaeton,” explains the magazine in a brief description of the subject, produced by the Dominican duo. Luny tunes and that includes the veteran urban singer Glory in the choirs asking for “more gasoline.”

At the same time, Daddy Yankee lhe throws some “verses at full speed and with so much energy, that the song sounds as if it were going to cause a combustion at any moment in later decades.”

“Safaera”, meanwhile, was included in one of the three albums that Bad Bunny launched in 2020 (“YHLQMDLG”, “Those Who Weren’t Going Out” and “The Last Tour of the World”, amid the covid-19 pandemic.

“I didn’t think that what people need is entertainment,” he said. Bad Bunny in an interview with Rolling Stone.

According to the magazine, “Safaera” “it compresses into five minutes the soggy and high-octane vigor of 90s reggaeton with a jolt of at least five rhythms and multiple Puerto Rican artists. “

Also has “Daring lyrics and musical samples” of other topics, such as “Get Ur Freak On” by American rapper Missy Elliott and “El Tiburon” by the Puerto Rican reggaeton duo Alexis y Fido.

“It’s a song that you feel is twisting you,” he adds. The list of these 500 songs is the first that Rolling Stone makes in 17 years. More than 4,000 songs received votes on this occasion.

In the 2004 list, the themes that predominated were in the genres of the rock y soul, but this new version is distinguished more by hip-hop, modern country, indie rock, Latin pop, reggae and R&B.

More than half of the songs, specifically 254, they did not appear in the first edition.

“The result is a more expanded one, with a vision of inclusion of pop and music that continues ‘rewriting‘through history with each rhythm ”, the magazine points out.