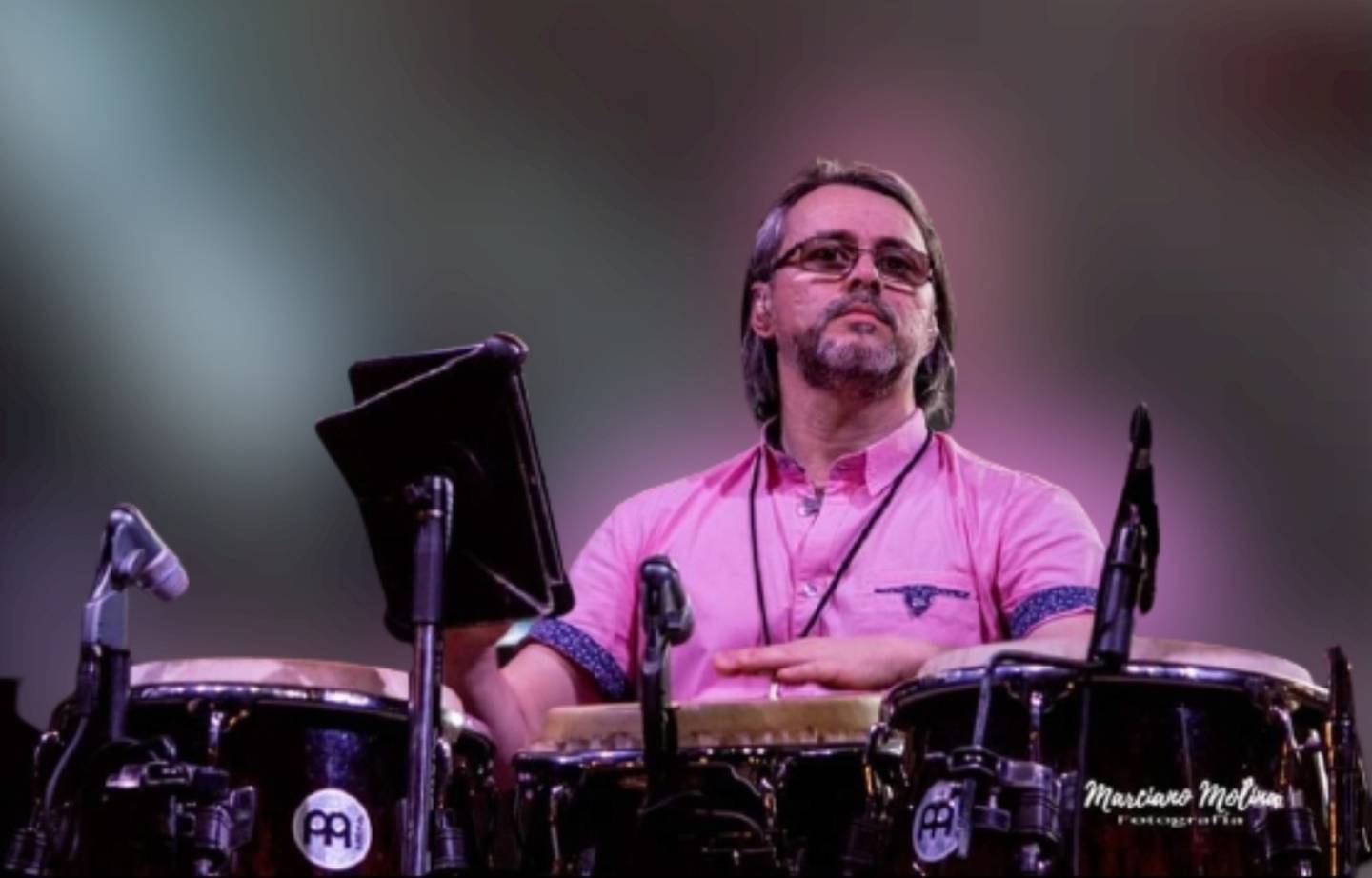 The life of the conguero Miguel Rojas, musician of the national band They are from Tikizia took a 180 ° turn last year. Not only did the pandemic hit him economically – since as an artist his work was directly affected by the cancellations of shows and closures of entertainment venues-; but because he also suffered an accident in which he was about to lose his right leg.

Due to the need to seek sustenance in the midst of the economic crisis that the country is suffering, Miguel’s story is one of many that Costa Ricans live daily. However, without dying, Miguel does not lower his arms and hopes to recover soon to continue playing.

At the moment and due to the accident, Rojas cannot work. He cannot work as a musician or as a motorized courier, a job he undertook in 2020 as a second option to generate money.

Faced with the situation that the conguero is experiencing, his companions from Son de Tikizia joined forces to help their great friend. The group will premiere the song next week I do not want to be, that in addition to appearing on social networks will be sent directly to those who make an economic donation to help ‘Migue’, as the group calls him affectionately.

The lyrics of the song are the work of Alfredo Poveda, singer and trombonist of the group and the musical arrangements were in charge of Wálter Flores; while the subject is interpreted by the band in full.

“It is a reflection on the current situation of the pandemic, although it also talks about the ideologies that divide society in general. It is also about the hope of Latinos, that hope of coming together to move the continent forward, ”explained Poveda about the composition that is interpreted to the rhythm of salsa and guaguancó.

Grateful to his colleagues at Son de Tikizia, Migue says he won’t have enough time to pay for all the support he has received from his friends. They have been with him since he suffered the ungrateful accident on May 14, 2021.

“I am extremely moved and grateful. In almost 30 years that I have been in music, I know that it is said that groups and orchestras are family, but believe me that in Son de Tikizia I found that true family ”, said the conguero.

As we mentioned before, due to the lack of work as an artist, in August 2020 Miguel made the decision to start a new job. The musician, who is 52 years old, bought a motorcycle on credit to be able to deliver meals at home and it was doing this work that he suffered the mishap.

“It was after 10 am. I was going to deliver a breakfast and, on a corner, a car hit me dry,” the musician recalled. Rojas said that the impact received him about three houses from the destination to which he had to take the food. In fact, there is a video of the accident, in which it is clearly seen when a red car disrespects a stop sign and hits Miguel from the right side.

The accident occurred in Alajuela, near the Palmares park. As a result of the blow, Rojas had an exposed fracture in the tibia and fibula of his left leg, in addition he hit his left shoulder and also his head due to the fall. “Fortunately, the helmet took the blow dry and that saved me. Also the briefcase with which he was carrying the food cushioned the fall a bit ”, said the musician.

At the hospital, Miguel had to undergo surgery. According to his account, the doctor saw the video of the accident and told the patient that he was miraculously alive.

“Before the operation, the doctor told me that he was going to do everything possible to save my leg because the fracture was very important. When I woke up from the operation, the first thing I did was check to see if I still had my leg, “he said.

After this first intervention, Rojas had to be admitted to the Trauma Hospital of the National Insurance Institute where he spent 95 days in bed. There they did 12 other surgeries and there are still four more to go.

Unfortunately, during his stay at the medical center, Miguel had to face another health test. “A bacteria got into me, they isolated me. The doctor told me that this bacterium was multi-resistant and that it only reacted to a certain antibiotic that they did not have, so it was necessary to order it from abroad. If the six-week treatment with that drug didn’t work, they had to amputate my leg, “he said.

For his happiness the medicines did him good and there was no need to carry out that operation.

Now Miguel is recovering at his father’s house, he continues to attend medical appointments and is waiting for the new surgeries. As he commented, his doctors tell him that recovery is still at least a year and a half away.

“Due to the situation of the bacteria, they had to cut bone above the ankle and below the knee. That leg was about two inches shorter than the other; then you have to wait for everything to heal to begin rehabilitation and thus walk again ”, he explained.

Despite the situation, Rojas, who is divorced and the father of two boys, affirms that he feels blessed to have a new lease of life since he could have died in the mishap.

The song I do not want to be will be ready to share next week. As we explained, it will be available on social networks along with your video, but people who want to make a donation can do so through Sinpe Móvil 6060-44 32, in the name of Miguel Rojas Campos.

“Miguel has been in the group for 15 years, he has been a committed and responsible musician. He is a fairly solid conguero in his way of playing and a very supportive friend ”, commented Alfredo Poveda.

“Through music we have had sustenance all our lives, so how can we not use it this time. The idea is that everyone who donates will receive the song personally. We want it to be a viral song ”, concluded the trombonist.