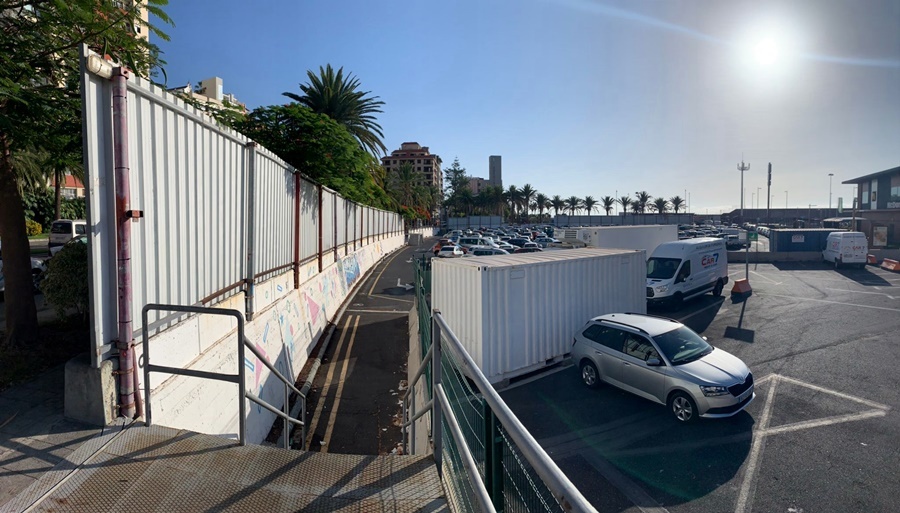 The Isla Bonita Love Festival will start next Saturday, September 4 with the first of its acts, the concert that Rozalén will offer, scheduled for July 24 and that had been postponed for COVID reasons. Yoly Saa, one of the revelations of Spanish pop music this year, will also be the opening act on stage.

To develop this reduced format, due to health regulations, of one of the most important festivals in the Canary Islands, the public company Sodepal is currently working in collaboration with the City Council of Santa Cruz de La Palma in the materialization of the enclosure where the 2,000 people who will be able to enjoy the event, in the format of an open-air concert with seated capacity and with the safety distances determined for it by the regulations.

The municipal workers have already begun to place the fencing of the capital’s port parking lot, which identifies the return of live music to the island’s capital. In the next few days the great stage that will host the show will be erected there.

The CEO of Sodepal and insular head of Economic Promotion, Raquel Díaz, explains that this show “marks the beginning of Love 2021 with a concert committed to the new essence of a Festival that we have known how to size and adapt to the reality that continues to touch us. live and that at the same time allows us to position La Palma in the national and international scene as a Diverse Island, which supports and gives visibility to the LGTBIQ + collective 365 days a year ”.

In this regard, Raquel Díaz recalled “that the importance of Love, which is managed by the public company, goes far beyond the concert, with a complete social agenda that highlights the realities that LGTBIQ + people on the island live daily, through a week full of events, with a photographic exhibition, theatrical performance, book presentations, the VI Political and Social Convention as well as the premiere of the documentary Vidas Transdiversas, one of the bets of this edition that will help all of us understand better diversity and the society in which we live ”.

The mayor of Santa Cruz de La Palma, Juan José Cabrera Guelmes, highlights the importance of resuming cultural activity with a first concert of these characteristics and, in addition, with a recognized artist, to socioeconomically boost the palm capital after the pandemic that has affected especially to this sector and highlights the relevance that this concert will have to position the municipality as a musical epicenter thanks to this performance.

In this way, La Palma will resume its musical activity with the live performance of one of the greatest exponents of songwriting in Spain, a prominent social activist who defends the rights of disadvantaged minorities with her music and has recently received a Goya award for Best Song. : the artist Rozalén. Tickets are available on the tomaticket.es platform and at the tourist offices managed by CIT Tedote.

Together with Rozalén, the young Galician Yoly Saa will share the stage, as a prelude, one of the great revelations of national pop who with a unique sensitivity when singing of love has risen in just one year to more than 3.5 million you listen on platforms like Spotify. La Palma will see the first performance in the Canary Islands by one of the most promising artists on the Spanish market.