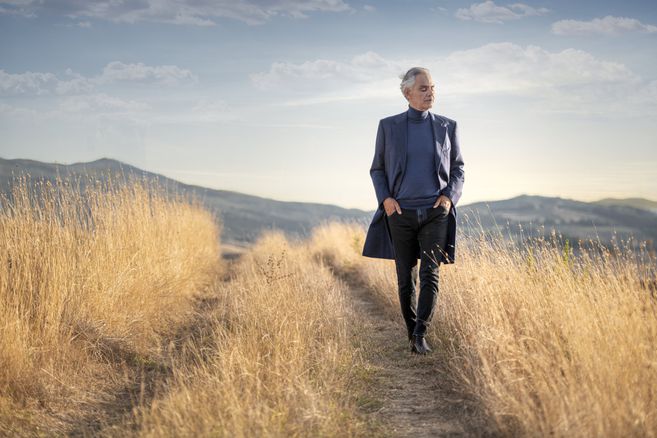 After a decade this coming Sunday, September 12, the public will enjoy through YouTube for 48 hours, the concert “One Night In Central Park”, the concert that marked a before and after in the life of the Italian tenor.

One of the most important concerts in the history of music worldwide turns 10 years old, it is “One Night In Central Park” by Andrea Bocelli, in what undoubtedly marked a before and after in the successful career of the Italian tenor.

As part of the celebration, this coming Sunday September 12, the public will be able to enjoy through YouTube and only for 48 hours, the concert “One Night In Central Park”, reliving one of the most memorable nights, starting at 1pm from Bogotá, Quito and Lima / 2pm from Caracas and Miami.

In the following link you can see the transmission: https://www.youtube.com/channel/UCb4JB8-ZAeceuR7EPCPOPzg

“This was a memorable milestone in my career. One of her highest and most emotionally overwhelming moments. A mega show that required 16 months of work, as well as a brave and ambitious artistic endeavor. A concert that became my first fully live album, for which each note was recorded live, without a safety net, ”said Andrea Bocelli through a statement.

(We recommend: After 40 years of absence, ABBA about to return to the British top 10)

Andrea Bocelli, one of the most celebrated singers of all time, speaks with emotion of a particularly moving moment in his career, the “One Night in Central Park” concert. A childhood dream come true; The event marked Bocelli’s global importance and his continued journey as a superstar.

What’s more, the remastered special album, “Concerto, One Night in Central Park”, will be released this Friday, September 10, a live album that was lovingly recorded in New York on September 15, 2011.

Dedicated to the memory of his beloved father, who had never had the opportunity to cross an ocean, Bocelli speaks fondly of the encouragement of his family when he was just a budding artist. “One Night in Central Park” was, and is, a dream fueled by the power of parental love, now revised and reinvented especially for 2021.

(You may be interested: “Music unites us”, this is how the day of artistic reactivation was experienced in Bogotá)

The night’s impressive cast included other legends such as Celine Dion, Tony Bennet, David Foster, and Chris Botti. All of them represented a high level artistic mastery. The astonishing venue was home to more than 70,000 fans and more than 200 musicians who proudly adorned the legendary Great Lawn.

With the world-renowned Italian tenor in the center of everyone’s gaze, Bocelli spoke of his concern that the performance would be canceled due to the threatening gray clouds above. Still, with much relief and excitement, the night continued.

“I wanted to go to my dressing room to pray, along with Filippo Sugar and the rest of those present. Too I reflected on the great honor that I had to be singing along with many of my wonderful companions, just where my great friend and teacher, Luciano Pavarotti, had performed 18 years before ”.