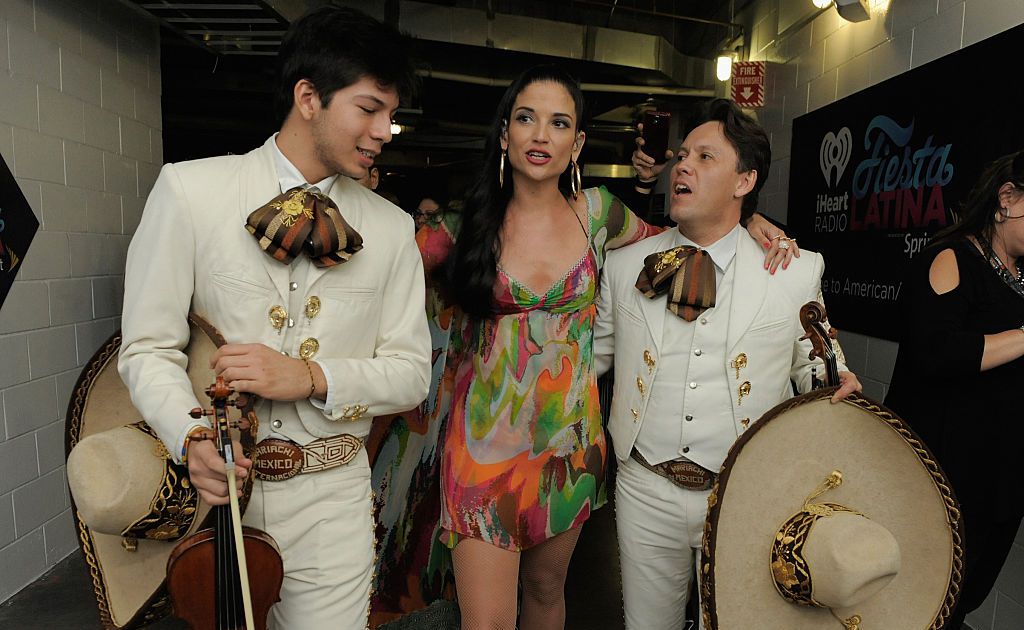 Mexico City – The Spanish Natalia Jimenez sings to Mexico for the second time on his mariachi album Mexico of my heart II, which will be available in full on Friday, September 10 and for which he tried to be as faithful as possible to regional music.

In this production, which follows his 2019 live album Mexico of my heart, the singer sought to stick more to the traditional instrumentation of mariachi and regional Mexican music, unlike the first in which she has pianos, bells and choirs.

I proudly present to you the cover of my new album México de Mi Corazón II, made 100% in Mexico by Mexicanxs Chingonxs.

On September 10th the full album will be released! Check out the album on my Instagram Stories!#MexicoDeMiCorazonII pic.twitter.com/DoTaaogMje

“I feel that the first one, as a cover letter for what I wanted to do, was super good, because you can tell that this is where I was headed,” Jiménez said in a video call interview from Miami. “[Pero] I wanted to put in a bit of that seriousness of the mariachi, the sobriety, to feel sure of myself, that I can make a regional album that is more sober in that sense ”.

On Thursday, the day before the release of the full album, he released the single “My Ego” with Joss Favela, a song about the pain of seeing an ex who has gotten over a broken relationship. After years of meeting and meeting at concerts and television shows, Jiménez asked Favela to participate in the album and he not only agreed, but wrote a new song.

“I took him at his word and it did work,” said the singer. “If you have an artist like Joss Favela on the album, it’s incredible that he does the song, because he’s an excellent composer.”

And this is not the only guest. With Gerardo Ortiz she performs “Fuiste mía”, while for the first time she sings with the Mexican regional star Ana Bárbara. The song she chose for her is the classic of spite “Don’t threaten me” by José Alfredo Jiménez, as she feels that it reflects her colleague.

“It’s great because she’s like that, she’s an old man, she’s a super strong woman … she sings well, and composes, and she’s pretty, she’s tall, she has everything, she’s a bicharraco!” Said Jiménez. “I think we both appreciate each other a lot, whenever we see each other we celebrate.”

“The mare was too big for you” he interprets alone, as does “Red Sky”, one of his favorite songs “from the world world” that he says he always asks when he sees a mariachi band. In his version he tried to give it a slightly Spanish touch, with some castanets at the beginning and a bit of copla in his interpretation.

“I feel that as a Spaniard, in the end, I have a way of singing things that is different,” said the former vocalist of the group La Quinta Estación. “I copulate the mariachi a bit … It’s like a much deeper interpretation.”

As with many other projects, the pandemic caused the preparation time for the album, produced by Sergio Lizárraga, to be prolonged. But for Jiménez, it was beneficial.

“In the end, it was better for me to be late because a lot of incredible things have happened that have made the album much better,” he said.

One of these improvements is that he was able to record it in the central state of Guanajuato. After performing at the León Fair, Guanajuato, before the pandemic, Jiménez thought about making the album in the state, because he did not want to record locked in a studio, and collaborated with the local government to film all the videos of the album in locations such as the Expiatory Temple of León, the magical town Jalpa de Cánovas, Mineral de Pozos, Salvatierra, Dolores Hidalgo and vineyards near San Miguel de Allende.

“Also all the songs are recorded in these towns,” said Jiménez. Guanajuato “is the cradle of José Alfredo Jiménez, it is the cradle of Mexicanness, in Dolores Hidalgo the cry (of Independence) was given,” he stressed.

With the release of the album, Jiménez will release all the videos on the album. All the costumes that appear in them were created by designer Benito Santos.

The album cover, meanwhile, was created by the Hula Hula de Cha! Firm, a member of the Mexican rock band Fobia. It is a nod to the Mexico of yesteryear with which Jiménez wanted to evoke the LPs of artists like Juan Gabriel and Rocío Dúrcal. In it, the singer appears looking at the horizon with a white hat and large golden earrings.

“It’s very cool, super retro,” he said. “I am very happy because everything has been done, everything in Mexico; there has been nothing that is from outside ”.

“México de mi corazón II” delves a bit into norteño music in “Renunciación”, with the duo Los 2 de la S. This song was the only one recorded in the city of Mazatlán, since their guests were on tour. Jiménez said it was one of the most demanding songs because of the high notes he had to reach.

The mariachi that accompanied Jiménez on the album is the Mariachi Internacional CHG. They collaborated for the first time in León last year and now they accompany her in her presentations on the US tour of Sergio Lizárraga’s Banda MS, for which she is a special guest on some dates. (With the MS Band he also sings on the album “Qué bueno es tenerte”).

Soon, Jiménez will perform in Phoenix and San Diego.