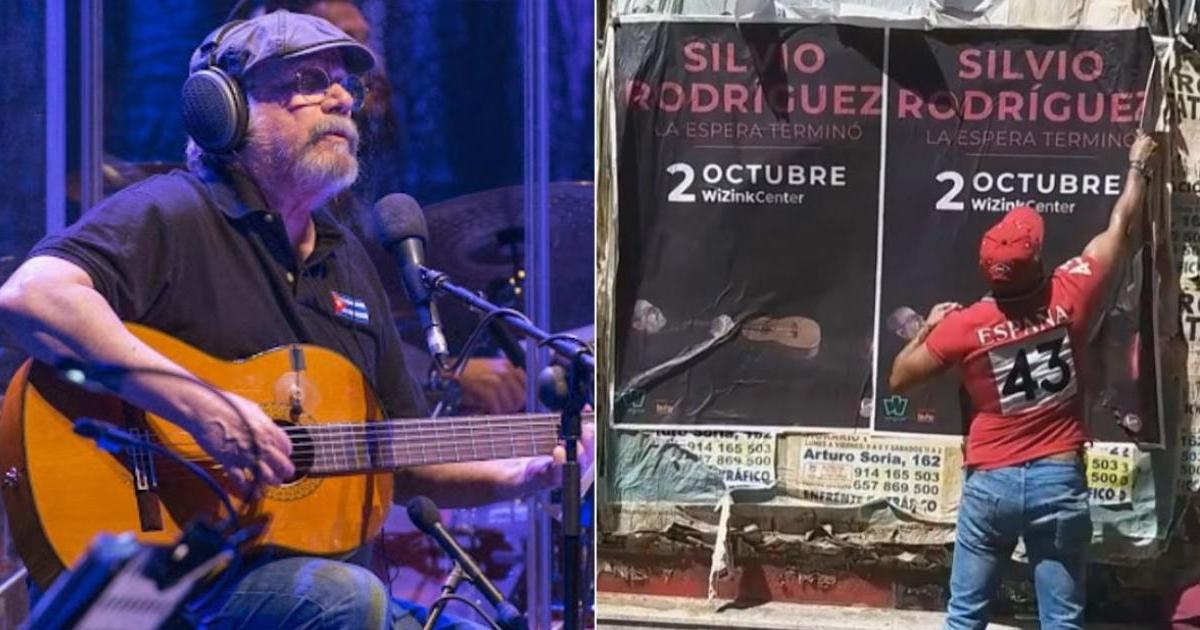 The Cuban singer-songwriter concert Silvio Rodriguez in Madrid scheduled for next Thursday, October 2, it remains despite attempts by the Cuban community in the Spanish city to suspend the presentation.

Antonio Peña, director of the company Búho Management, organizer of the presentation, confirmed to Martí News that he is “aware” of the protests of exiled Cubans, but assured that Silvio’s performance will be carried out anyway.

“It is not the first time that Silvio Rodríguez has come to Spain. We will do all the production, in a venue where concerts are held,” said Peña.

Cuban emigrants in Spain have announced demonstrations against the concert of the singer-songwriter, an artist who he has never broken his emotional bond with the Castro regime and continues to defend its ideology.

According to Lázaro Mireles, coordinator of the group Actions for Democracy, “those who support and promote Silvio’s concert must understand that free Cubans here do not want it. That is why we are going to call demonstrations.”

In social networks, videos of young people have been published breaking the promotional posters of Silvio’s presentation, which will take place at the WiZink Center, an auditorium located in a central area of ​​the city of Madrid, with capacity for thousands of people. The tickets they are for sale for 40 euros.

“These wretches still don’t understand that we have a rapid action brigade patrolling the streets of Madrid? So much money that they continue to spend while we immediately take it all away, they should dedicate it to supporting people in need and not to multiplying their shit and their lie for the sake of it. world, “said Mireles on his Facebook account, along with a video of two young people taking off the publicity of the concert from a wall.

Also the Cuban artist Jaime Barahona, who lives in Madrid, shared videos of similar actions in various parts of the city.

“Let him go and sing to the stone”, the voice of a woman is heard recording the scene.

“That dirty old man, with the little guitar to put it where not, come on … Descara’o, murderer, accomplice. The violent people, right? The people are hungry, you bastard, the people are dying. And Do you come here to collect for communism? Well no. Go to Miami to see if you can, you bastard, “he added.

In the opinion of businessman Antonio Peña, these protests by Cubans are on the sidelines of the concert, and he pointed out that “there are other scenarios where these other types of problems that they demand are resolved.”

The exiles have asked the Community of Madrid to declare the artist persona non grata for his support of the Díaz-Canel government after the protests of the July 11, which according to him, were “prepared and encouraged by the imperial regime”.

On the digital platform Change.org user Soimi Ginarte Cabrera promotes a collection of signatures against Silvio Rodríguez’s concert, whom she accuses of having “dedicated his talent to writing songs related to the Castro brothers’ regime.”

“Silvio Rodríguez has turned his back on the vast majority of the Cuban people who were once his audience and has positioned himself, not only culturally, but also as another citizen, in favor of the Cuban dictatorship,” says the text addressed to the authorities of the Spanish capital.

“Opening the doors to him in Spain, in Europe, anywhere in the world is, today more than ever, to take for granted that we accept the communist dictatorship of Cuba in its ‘artistic’ form,” he adds.