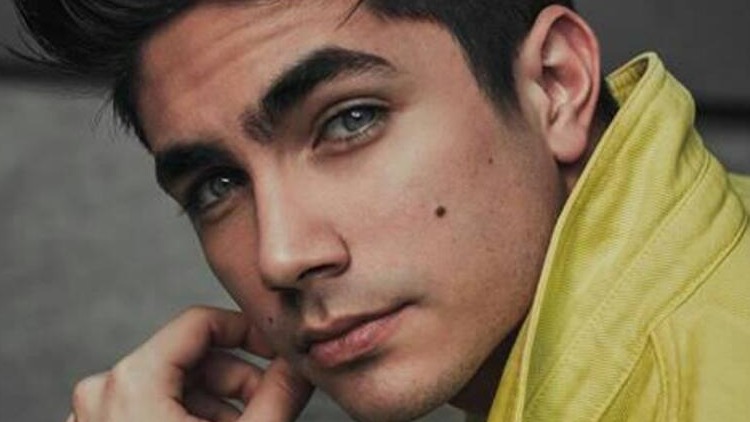 The Cuban actor and musician Sian Chiong, former member of the band The Angels, He says that his years at the National School of Arts (ENA) in Cuba were essential in his life. “You always think you know everything and I learned a lot at ENA; I thought I was ready because I came from the TV. I learned a lot about theater, culture and art as such. Today, I am who I am for those four years at ENA“says Chiong in an interview with DIARIO DE CUBA.

Despite the fact that the artist began his acting career, it was music that made it a national phenomenon with the rise of the bandboy The Angels.

“I get out of school and start working on a novel, but the music went from being secondary to a national success with the band and there was no way to look the other wayYou had to respond to what was happening, “says Chiong, who finally decided to leave the group and start his acting career in Mexico.

“I decided to stay in Mexico And I started knocking on doors in the acting industry. That’s when the part of annoying friends began, of favors, but I was quite blessed. Things were easy for me and a week after leaving the group I was already working at Televisa. “

The artist’s love for acting runs in the family. His father, a film director and actor, took him to television studios and encouraged him to enter the industry.

“Children in Cuba always go to their parents’ work. If your dad sells pizzas, you go to the pizzeria, then I was always involved in my dad’s work, on television, and I loved the roll. The studios had air conditioning and with the heat in Cuba it was a paradise. I always liked the naturalness of the actors who, unlike the musicians, are very authentic in Cuba. The actor he is dedicated to making characters, but in his real life he is the most natural in the world and the musician plays a character all the time. The actor is a character in his work and tries to be authentic when he’s not acting, “says Chiong.

Chiong just finished shooting the movie Show off in Miami, which will be released next year. “I’m looking forward to people seeing it because in Cuba they place me as a singer, not as an actor. Also, I like to be seen in a negative character because my prototype is more angelic. There they are going to see a performance of me with a Cuban accent, which does not usually happen when I work in Mexico. “The actor says has participated in Mexican novels Like, The heart is never wrong, Get on my motorcycle and La Mexicana y el Güero.

The artist, who is afraid of heights and yearns to have an intense life, says he prefers to travel the world to buy a large house by the sea. On the characters they like to play, Chiong says he always wanted to be a hero, but lately he likes villains more.

Chiong hopes to spend the Christmas holidays with her mother and father, who live in USA and Cuba.

Sian Chiong, the Cuban artist who sang in the band Los Angeles, but likes to play the villain