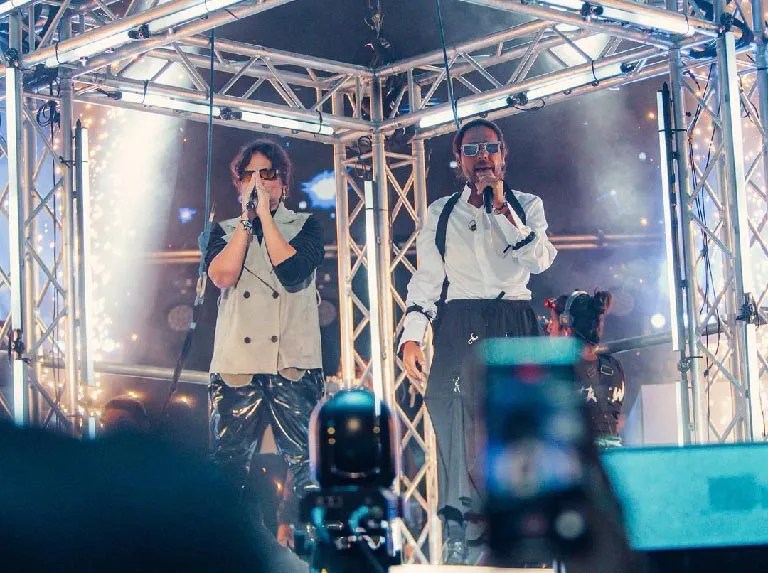 The Primera brothers still have a lot of love to give their fans! For this reason, they announced the next round of concerts of “Servando & Florentino in your city: World Tour 2022”, whose performances in Caracas were a resounding success.

For tomorrow (April 7) the “Chamos del Valle” will perform at the Valencia Forum, and then cross the border and establish themselves on the different international stages that await their arrival. “Valencia see you in two days,” they posted in their stories on Wednesday.

Quite a busy schedule

On the other hand, the Primera brothers also have four presentations in Colombia; its tour covers the cities of Barranquilla (June 2), Bogotá (June 3), Medellín (June 4) and Cúcuta (June 10).

It is worth noting that some of the tickets are already sold out, despite the fact that their presentations are quite remote. An example of this is in Argentina, Miami and Orlando.

«Caracas was only the beginning of what we are preparing for you. In ‘Tu Ciudad World Tour’ it is just beginning! We are excited to be able to meet you in each of your cities, to sing and dance the songs that have been part of our lives for 25 years. We are waiting for you!”, commented Servando and Florentino in their Instagram post.

A great experience in Caracas

As mentioned above, the show in Caracas enjoyed a good receptivity. In fact, the artists were touched by the variety of attendance, such as a grandmother who was not afraid to dance and a baby girl who watched the event carefully.

“Caracas thanks for giving us 3 wonderful nights! Starting this tour in our City was what we always dreamed of and it continues to show us that there is nothing like being at home with our people. This is just beginning! Valencia, see you on the 7th at the Forum. Are you ready? (…) These 3 days have been full of incredible moments that will stay with us forever”, were some of the emotions expressed by Servando and Florentino.