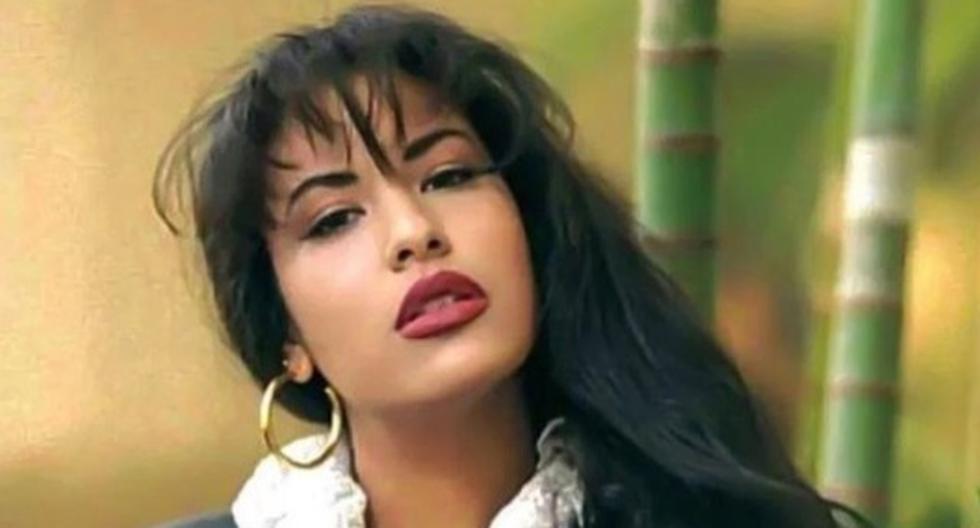 Singer Selena quintanilla, known as the “Queen of Tex Mex” was one of the most emblematic artists of Latin music during the first half of the 90s and despite her death, her songs still endure. His great success was due to the fact that from the beginning he always had the support and backing of his family, especially his parents Marcella and Abraham.

MORE INFORMATION: What are Selena Quintanilla’s siblings up to today?

Despite Selena quintanilla was assassinated in 1995, has managed to sell -according to estimates- more than 30 million records worldwide managing to establish herself as one of the artists of Latin origin who has reached the number 1 position in sales.

The singer was always by the side of her relatives, even when she met fame and it was they who were at all times supporting her in music, encouraging her to fight for her dreams of becoming one of the best singers at the international level.

After 26 years the memory of Queen of the Tex Mex continues to accompany them especially when they perform different tributes, songs and even unknown anecdotes that have been revealed by their fans around the world.

THE INFLUENCES OF SELENA QUINTANILLA

The artist had good influences in music and it was her parents, especially at the time of venturing into music in Spanish, this despite the fact that Selena was very difficult at the beginning because of the language, but then I can achieve it.

Along with her parents were also her brothers who also created a unique sound for the singer’s melodies which hooked millions of followers and fans worldwide very well. Can’t put aside the outfits of the “Queen of the Tex Mex” Because it also played an important role due to its great contribution to the world of fashion, being a trend in several countries.

THIS IS WHAT THE PARENTS OF SELENA QUINTANILLA LOOK LIKE

Don Abraham Quintanilla and the Lady Marcella Samora They are the parents of the late singer and the ones who never hesitated to support their daughter when she embarked on her journey into the world of music. His mother was born on July 17, 1944 and is currently 76 years old; while Mr. Abraham turned 82 years old in this 2021.

This couple celebrated their 58th wedding anniversary this year and this could be known after their daughter Suzette, Selena’s sister, published a photograph of her parents on her Instagram, which left her fans surprised due to the great change that the men have had, after several years without knowing anything about them.

With the death of his daughter, Marcella Samora, had a low profile, while Abraham Quintanilla he is still in command of the production house, “Q-Studios”.

Indeed, the two of them made great efforts to give a better life to their three children, Suzette, Selena Y Abraham, as can be seen in the biographical films that have been produced so far.

On different occasions, Selena’s parents pointed out that they have always done the best for their children, with which they were able to give them education and the knowledge to develop an impeccable career in music.

THE DEATH OF SELENA QUINTANILLA

Selena Quintanilla died after Yolanda Saldívar, the founder and president of the artist’s fan club, shot her with a 38mm revolver, killing her on the spot.

Saldívar was his personal assistant and sales manager for his brand, Selena Etc, but after several years the relationship had deteriorated. The person in charge confessed that she did shoot her “daughter”, as she called her.

WHAT DO SELENA QUINTANILLA’S BROTHERS DO?

After the death of his sister, AB Quintanilla, the eldest of the clan, returned to the stage with Kumbia Kings, a musical group that is characterized by mixing cumbia, pop and R&B. One of the group’s best known songs is “Chiquilla”.

After the drama with his bandmate Cruz Martínez, AB left the group and released “Kumbia All Starz” in 2006. This group has not separated and has created great hits such as It seems that it is going to rain and Speedy Gonzales. Mexican portal Chic Magazine.

Suzette Quintanilla He did not continue his musical dream, but he continued in the artistic world and leaving his sister’s name high. She created the Selena Foundation, to support children to study and have the opportunity to be in a school.

She was the manager of the Selena museum in Corpus Christi, Texas, and of the family’s music production company, Q-Productions, where they serve groups that play Tejano music, similar to Los Dinos.

In one of her recent activities, she was in charge of the makeup collection for MAC, inspired by her sister Selena.

SELENA QUINTANILLA: THE TOMB OF THE SINGER, MORE THAN 20 YEARS LATER

Selena quintanilla he won the affection of his public and the admiration of other artists. At only 23 years old, he was at the peak of success and had a whole road ahead of him. She was very loved and proof of this was the massive and emotional funeral, in which the public said goodbye to her in a big way.

The then Bayfront Auditorium in Corpus Christi (Texas) was the place chosen to say the last goodbye to the interpreter of “Bidi bidi bom bom” and “Techno Cumbia”. The place had a capacity for 2,500 people so that its fans could say goodbye to the artist.

The following year, in 1996, that place changed its name and is now called the Selena Auditorium, in honor of the singer.

The funeral was covered by the AP agency, which at the time released a video, which can now be found on YouTube. The images show the singer’s husband, Chris Pérez and Selena’s family very affected by the tragedy, especially her mother.

It should be noted that Selena Quintanilla’s remains rest in the Seaside Memorial Park in Corpus Christi and are visited by hundreds of people on a daily basis.

MORE INFORMATION: Selena Quintanilla and Suzette’s reaction when she found out about her sister’s death