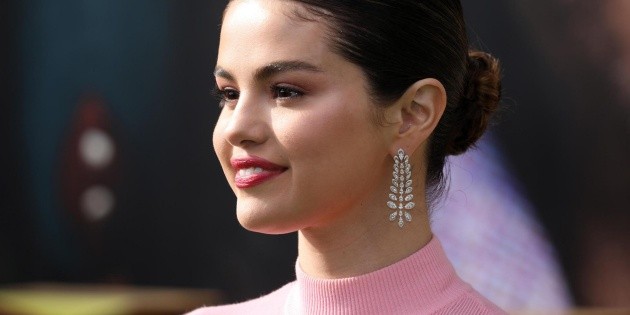 Singer Selena Gomez He spoke about his presence in the social mediaafter for more than four years distanced himself from the world of the Internet, for which he confessed to a television program in the United States that this has brought him happiness and mental stability.

In 2016, the actress was also called “the queen of Instagram”this for being the celebrity with the most followers on the app.

Also in the program “Good Morning America” He stated that “his life has completely changed” and that he now connects better with people in real life.

“I am happier, I am more present, I connect more with people”assured.

The 29-year-old singer, who currently has more than 300 million followers on Instagram, admits that the Internet has many positive things, but in her case, what really matters and interests her is what she gets from real life, and not from the Internet. or social networks.

“I understand how powerful the internet is, and in many ways it has done the best things for the world. But for me, the news that is really important comes from the people in my life.”he expressed.

Selena is promoting Wondermind, a mental health platform that she helped found, and through which people will be able to have the resources to deal with these types of problems at their disposal.

“There are places that people go when they need help, and it’s unfortunate that they cost ridiculous amounts of money,” Gomez said. “But [como con] Planned Parenthood, there’s a place for women to feel good and feel understood, and I want that for mental health.”

In 2020, singer and actress Selena Gomez revealed during an interview with Miley Cyrus that she had been diagnosed with bipolar disorder.

It was the first time that Gomez, then 27 years old, named her disorder after having experienced episodes of anxiety and depression, about which she has spoken on previous occasions and which had also inspired several musical compositions.

“Recently, I went to one of the best mental health hospitals … McClean, I talked about it after going through different things for years. Then I knew that I was bipolar,” Gomez said in that conversation with Cyrus.

The interview between the two singers was part of the “Bright Minded” program, which Cyrus offered live on the social network during this stage of the coronavirus quarantine.

According to Gomez, who has always been very open about her problems, having information and learning about her disorder makes her feel more secure.

“When I go looking for more information, it actually helps me. It doesn’t scare me once I get to know it,” he said, “and I think people are scared of that.”

The singer then pointed out that most people are not used to or know how to talk about something as common as mental health.

“I’ve seen it even in my own family”Gómez acknowledged, making a gesture that expressed his disagreement with the idea of ​​treating this matter as a taboo.

In recent years, Gómez has dealt with this disorder and also with the medical treatment he received for the disease lupus, which led to a kidney transplant operation in 2016.

Both episodes forced her to take a break both in her musical career and in her work as an actress, where she started at the Disney factory.

The American star is of Mexican origin and has always supported the Latino and immigrant community in the United States, since in fact he produced the Netflix documentary “Living Undocumented”inspired by his own grandparents who were undocumented.

Selena Gomez: Awesome! The singer, happy for not using social networks in years