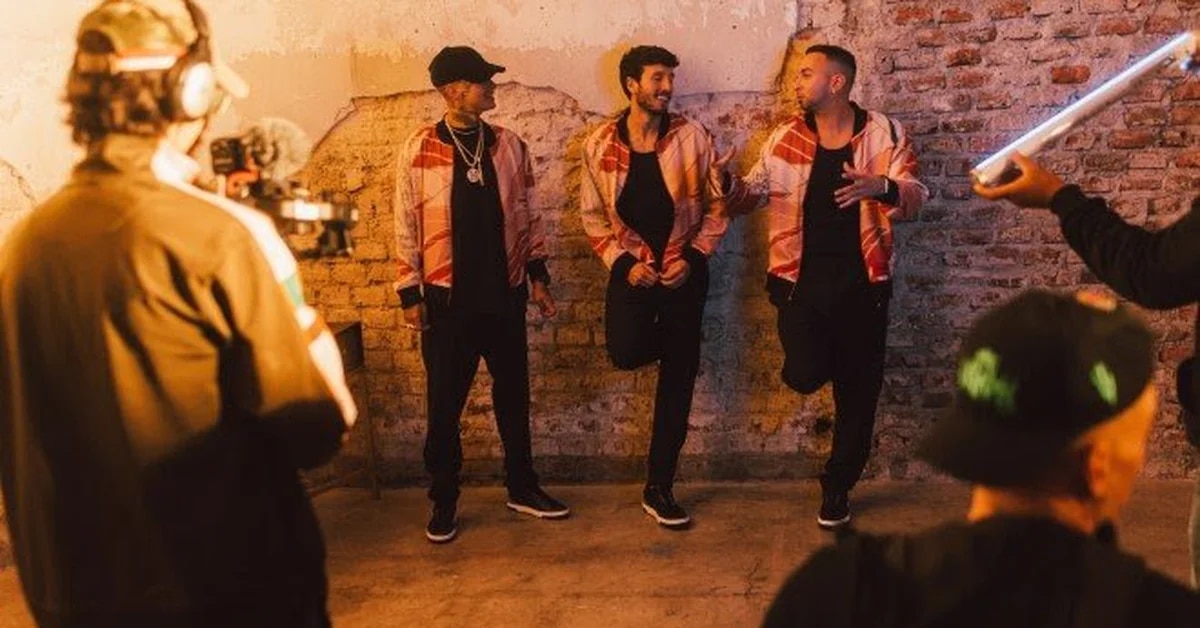 Sebastian Yatra He never stops surprising his fans with new music. After premiering his song ‘Tacones Rojos’, the man from Antioquia welcomes 2022 with ‘I am back’, new single that is part of his most recent album entitled ‘Dharma’. A new delivery that is loaded with urban rhythms in which it joins with Justin Quiles and the Argentine L-Ghent.

The clip of this new musical theme by the Colombian in the company of two great talents was released on the night of Thursday, January 13, and already has more than 1.8 million views. The collaboration has allowed each of the members to contribute their own musical label.

The official video was directed by frequent Yatra collaborator Daniel Duran, with whom he takes listeners through a mysterious and lustful reunion with a lost love, making them fall in love once again with the talent of the paisa, who composed “ I came back” along with Justin Quiles with the intention of bringing an artist from the explosive musical movement in Argentina.

“It’s a fun song and the whole recording process was exciting. Justin and I were very intrigued by L-Ghent, quite a talented artist. I’m a fan of his work so it was very exciting when he decided to join this single,” said Yatra, which became one of Billboard magazine’s top 50 Latin albums.

You may be interested in: Karen Martínez answers if she would like to have another child with Juanes

The interpreter of ‘Dos Oruguitas’, a musical theme that is part of the movie ‘Encanto’, the most recent installment of Disney focused on Colombian culture and traditions, shared through his Instagram account, where it exceeds 28.6 million followers, some excerpts from the video clip and a message dedicated to those who collaborated on this opportunity.

However, some time later, the singer himself corrected the message in his Instagram post and assured that the contest would be on his YouTube channel where the song is available from 7 p.m. last Thursday, January 13.

The reactions to the new song did not take long to appear, because in the Instagram ‘Reel’ the artist already exceeds 825,000 reproductions and more than 117,650 ‘likes’. Among the comments are those of Justin Quiles, who very excited wrote “Tell me, already on the street!” and others from fans who congratulate him for his talent and raise the name of Colombia internationally.

“The video is very cool”, “Too much chimba. Successes always Sebas”, “I loved the song, it’s one of my favorites”, “If the song is like this, I don’t want to imagine the whole album. Thank God for giving this gift to Sebas”, “They broke her”, “They took her out of the park and with the bases loaded”, She exceeded all my expectations, what a fear”, among others.

Sebastián Yatra will release this third album called ‘Dharma’ on January 28, in which fans will find songs like ‘Tacones Rojos’, ‘Couple of the Year’ and ‘Ideal Girl’, with which he has achieved various awards such as a nomination for the Latin Grammy and three times platinum disc.

Video: this is how the fight goes between Be, former Super Human Challenge, and his ex-wife, who accuses him of being a bad father
Video: “A cycle ended”, La Liendra says goodbye to her manager