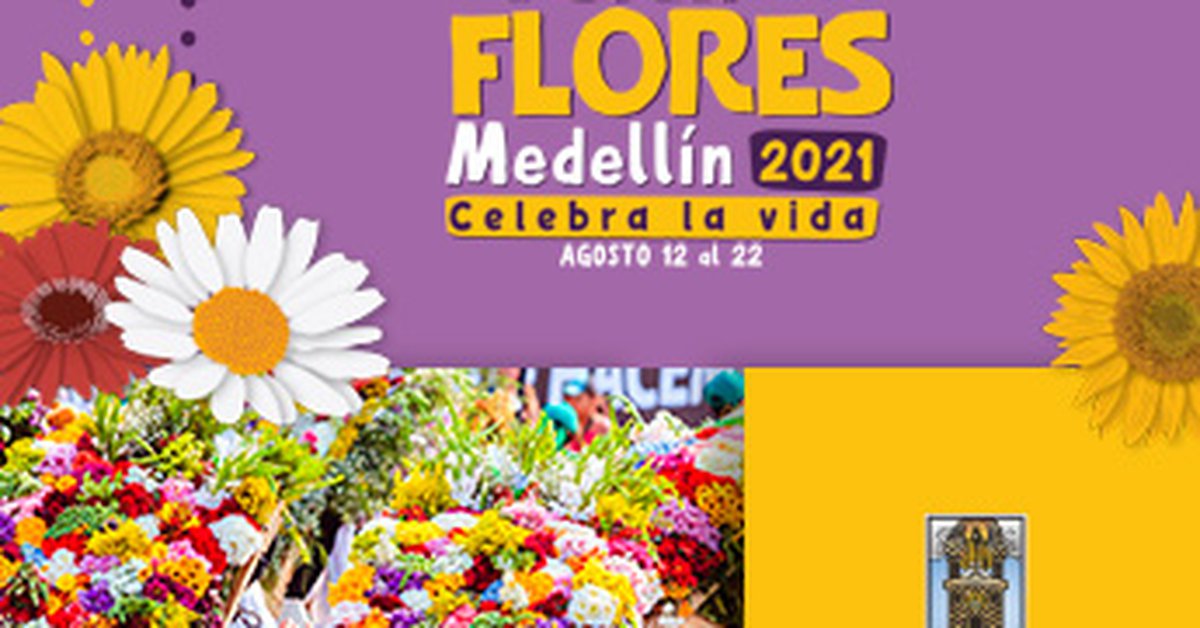 The Medellín Flower Fair (Antioquia) has been in effect for four days and to keep the party alive, the city’s Mayor’s Office will hold more cultural events. The Secretariat of Citizen Culture of the Medellin capital is in charge of these activities and they assure that from this Monday, August 16, and until Friday, August 20, locals and tourists will be able to enjoy concerts on the Connection stage, located in Gardel Square. In these events, folkloric groups of different rhythms will be presented.

“This year, the Connection stage will feature the participation of 12 groups that will make the audience dance with their Caribbean rhythms, the Pacific, Punk Funk and other native sounds of our country. Every day of programming will have a musical genre ”, indicated the Secretariat of Citizen Culture through a press release.

This Monday there will be an ethnic night that will be enlivened by the Emberá Chamí Philharmonic Orchestra, a project created by the Music for Peace and Passion & Heart foundations. This is the first Indigenous Philharmonic Orchestra of Colombia in which, through music and culture, social transformation and the construction of peace are sought.

Likewise, during the initial night there will be Chalupa Travel, a group that rescues, promotes and disseminates Colombian folklore, oral tradition, the sound memory of Colombian peoples and intertwines it with foreign rhythms such as pop, jazz, rock, among others. To end the day, the Baharú Tribe will make its appearance. This is an Afro-Champetúo combo of musicians from the Colombian Caribbean, influenced by the Picós. According to the Secretariat of Citizen Culture, this group generates “An emotional state in dancers that they call jouissance champetúo”.

During the second day (Tuesday, August 17) there will be a Gospel Park night. In this, the sound exploration will be in charge of the groups Casa Metania, Armir, Eslabón, Blessed 2 Bless, Revival, Especial Gospel, and Linaje Escogido, represented in different rhythms such as: rock, pop, vallenato, reggae, hip-hop, among others. The objective of having chosen these groupings is to communicate a “Message of life, peace and hope.”

For Wednesday 18, attendees will enjoy the Colombian night with Frente Cumbiero, Pacifican Power and Systema Solar. The next day (Thursday, August 19) it is time to listen to electronic music with the night called Medellín Style. In this evening the DJs Morris Live, Sons Of Hidden, Merino, Antenes and Shinidoe will participate, they will demonstrate different musical lines, such as opera, pop, fusions between post punk, new wave, cold wave, industrial, ambient, experimental, glitch. acid or forest.

The week will close on Friday, August 20 with the Final of the Trova for adults, the presentation of Gordos Project, awarding of the Finca Cultural contests in the Corregimientos and El Parche de las Flores. In addition, the National Youth Festival of the City of Medellín Trova will be held for the first time, with young people between 13 and 16 years old.

The organizers of this musical week say they hope that music will bring people together. They also highlight the groups that will be presented and that all biosafety protocols are in place.

“We want you to be part of this new edition of the Flower Fair. From this emblematic place in Medellín, we will get everyone to unite through the magic of music and its diversity. Today, we tell you that from here you can enjoy an Ethnic Night, Gospel Park Night, Colombian Night, Electronic Night and the final of the National Festival of the Trova city of Medellín, with the musical presentation of Gordos Project “said David Gómez, artistic director of the Secretariat of Citizen Culture.

Comptroller’s Office denounces that the Government has not paid more than 26 million vaccines to IPS
“You don’t have to ask me to feel pain, life has made me feel it”: Álvaro Uribe to Francisco de Roux