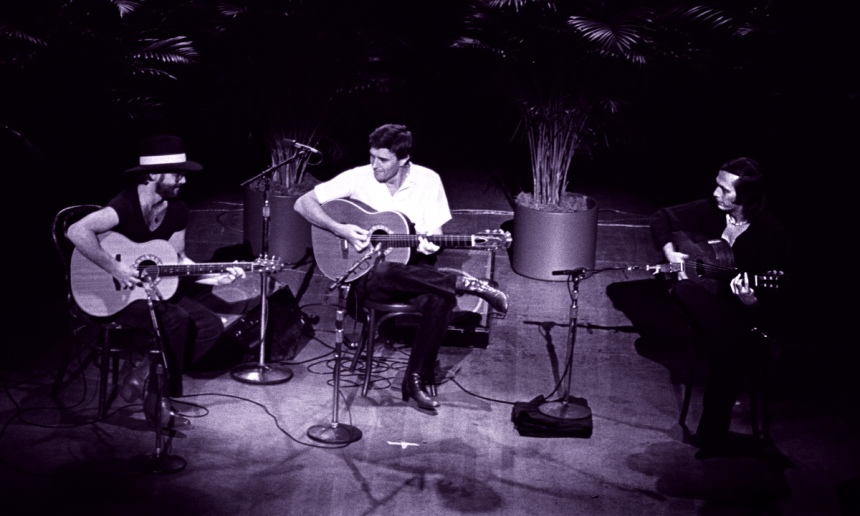 The album “Friday Night in San Francisco” (1981), collected the concert performed on Friday, December 5, 1980 at the Warfield Theater in San Francisco by 3 guitar virtuosos: Al Di Meola, John McLaughlin and our dear Paco de Lucia, who we lost too soon at age 66 in 2014. That live work became one of the best sellers in the history of acoustic guitar, and influenced generations of guitarists around the world with songs like that “Mediterranean Sundance / Rio Ancho” composed by Al Di Meola and Paco de Lucía .

40 years later, in 2020 during the pandemic, Al Di Meola found in his basement the original tapes of 16 tracks with the recording of the second concert held in the same place the next day, the Saturday December 6, 1980. “We didn’t even know if the tapes were still in good condition”comments Al Di Meola, “But I was curious, so we got the best in the industry to restore them. And today I couldn’t be more proud to present this work, which will be published next July 1st in LP, SACD (Super Audio CD), and CD formats, with new texts and unpublished photos”. A job that can already be booked here.

Edited by Impex Records“Saturday Night In San Francisco” has been mixed by Roy Hendrickson (SPIN Studio) and mastered by the engineer Bernie Grundmannand includes 8 different tracks (5 on the LP) from those that appeared on the first album, with interpretations that until now had only been heard by the privileged spectators of that second concert.

In this video we can hear a brief preview of one of the songs included, “Splendido Sundance”.