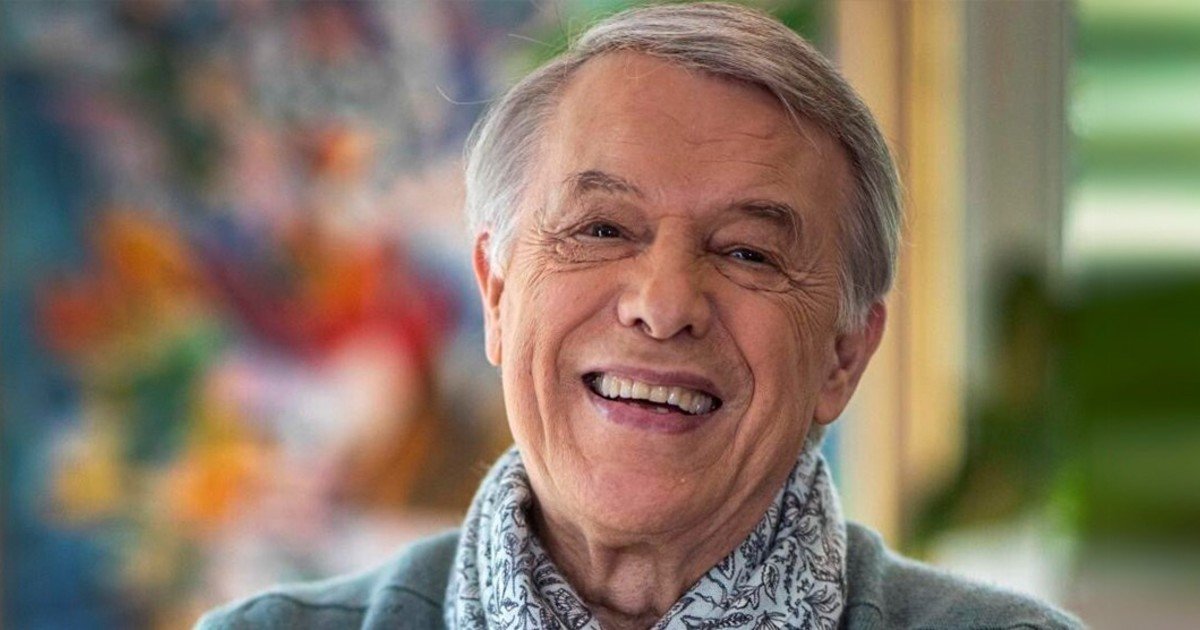 His voice was like the romantic algorithm of the sixties, the prehistory of Tinder that united in a distinguished match souls that in no other way would have merged. The “Gardener of love” sang and Cupid’s arrow walked among hippies, elephant foot fashion and dimly lit nightclubs in which it sounded My hands on your waist.

At 77, the Sicilian who lives in Brussels and was appointed Commander of Arts and Letters in France, continues to sing even in Japanese. He continues to adapt compositions to Turkish, Korean and German, and already has a schedule of shows in Quebec in 2022. His reign survives longer than in domestic chests, between 33, 45 and 78 RPM record collections. On Spotify it is possible to rediscover his multilingual and inexhaustible work.

He feels that a blink of an eye has passed since that childhood move that tore him from the sunny fields of Sicily and into the cloudy cities of Ghlin -first- and then Jemappes. All the memory seems to be enclosed in a guitar that he conserves and whose strings he decided not to replace so as not to alter the illusion of time: as a child he sang while strumming a broom in front of the mirror. His mother found out and wrote to the Sicilian grandfather. This is how it came to Belgium the determining instrument of his destiny.

Salvatore Adamo as a young man, when he was a star and cover in the world

Its history is crossed by several “no”. Eliminated from a Radio Luxembourg music competition in 1960, he was about to go home crestfallen, when a member of the jury reconsidered and convinced the others: “That 16-year-old has something, bring him back.” Adamo – who had come secretly from his father – came back and won. “I still remember the tears of my father, who was against my career, when the days of the contest the radio passed my song. With that contest that I won I was able to record my first album. The first three were unsuccessful. I had”.

Take the call from Buenos Aires with the surgical souvenir portion. His last stay was in March 2012. That time he sang at the Gran Rex A lock of your hair and with its crushing rear view mirror it made even the sound engineers cry. His music was part of Leonardo Favio’s film Perón, symphony of a feeling. Today he laughs at those who rediscover him in the voice of Raphael or discover him in the songs of Bart Simpson: he is the composer of My big night (Hold on tight in its original version), the hit that -adapt- popularized El Niño de Linares.

“That return was particular, because I had the happiness of the reunion after decades, but the sadness of the news of the death of Lucio Dalla. I remember crying inside I sang Caruso in tribute, “he says in an adorable harsh tone.” There was a time when I was friends with Jairo. We played soccer in France. In New York I once met Favio and there was a lot of sympathy. I could have been Argentine “.

-In 1947 my parents had to choose between Belgium and Argentina. My mother’s brother and sister chose Argentina. But my father, who knows why, chose Belgium. I sometimes think about what I would be today if I had chosen Argentina.

-Tango occupied a privileged place in the first years of his life. How did that connection come about?

-It was very important. My father listened to many tangos. La cumparsita, CaminitoThey are wonderful melodies that I keep in my memory. I myself have done some tangos in my repertoire, like a parody that has been a great success in France (You Allow, Sir), which tells of the Sunday parties when we lived in a city of workers. One carried the accordion, another the guitar, and they sang and danced. Tango is a music that touches me a lot, it comes from the soul.

-At a distance, what happens to you when you remember data such as that you once escorted The Beatles in sales?

-I was second in sales behind the Beatles in 1966. An incredible thing. I say to myself was it reality or did I dream it? I did not sell records in Anglo-Saxon countries. But it sold throughout Europe and South America. A whole performance that made me feel proud. I met The Beatles two or three times. Once I was recording the song at Abbey Road Studios Poor verlaine. I occupied studio B and they worked at A. We greeted each other, they played La Marseillaise and I thought it was in my honor, because they believed that I was French. (Serie). Until it came out All you need is love and I realized that La Marseillaise was the introduction. What innocence of mine.

Salvatore Adamo and his inseparable guitar

-How is your voice today, how do you perceive it?

-I lost a little treble. I like it more. Before I had a complex with my voice. In my class, I didn’t want to talk because I had a strange, androgynous voice. And during the first albums many said: “I thought it was a woman who sang.”

-He had a healthy relationship with fame in the peak moments. How did you handle that?

-I was lucky to have my father by my side when my dream began. If I wanted to do something presumptuous, he would put his hand on my back and I would go back to Earth. I lived in a city of workers where solidarity was natural.

-How is your life as a writer?

-I wrote a novel (The memory of happiness is still happiness, The memory of happiness is also happiness) to give thanks to the people I loved. It would be difficult to speak to them in a four minute song. I told the story of my family, all the men working in a mine, 1,000 meters deep. Just imagining it gives me chicken skin. I wrote that drama with irony. Now I hope to finish the second novel. Humor is very important. It is the elegance of the desperate. My father did everything to prevent me from having to work in that mine. I was once asked to take promotional photos in a mine and I never accepted. I had too much respect, I do not wish her or my worst enemy.

-His life was crossed by immigration. Today he moves the xenophobia theme to his work.

-Two years ago I wrote a song called Migrants, in which I tell the drama of those people who die in the middle of the Mediterranean. I tell the audience before singing it that migrating is never a pleasure, it is a drama. My parents had misery on top of them, those people who migrate have death behind them, the least that can be given them is a little bit of humanity. Now when I compose I am a tributary of the present time. If something happens that shocks me, I write a song. The public knows that I do not live in the clouds.

The eternal quarantine reminds him of the old confinement that marked his childhood. Meningitis and mastoiditis kept him hospitalized for almost a year. It was a nun who taught him to read and write prostrate, made him the best student in her school and made him understand that “pain is a path to art.” Salvatore does not know what happened to the life of the priest who denied him participation in the choir with the explanation that his voice sounded “cracked”. Sweet revenge flies over the charts of the old record companies: more than 100 million records sold.

Writer, Salvatore Adamo was encouraged to a novel in French.

UNICEF ambassador, father of three, the man who starred in the French film The Arnauds So what in 2004 he made a forced and prolonged silence due to a heart problem, it tends to wake up in the early mornings. He spends hours navigating the waters that in his first 40 years of profession did not exist: the Internet. Thus he discovers “wonders of today like Ed Sheeran”, but never lowers “the bar”: “I bet on sincere music. When I discover that a song is a trick, I walk away.”

The Adamo company – which even includes a perfume with his last name – does not plan to lower the blinds or be stalked by the virus. He is still summoned for presentations at unheard of points. “They ask me for concerts in churches, they put a stage at the same altitude as the sanctuary and it makes me complex,” he laughs. He also sings in prisons. “In Mons, where the poet Verlaine lived and studied, the attention of the prisoners turned my heart. Everything was like poetry in my life. I dreamed of being a teacher of Germanic languages ​​and music took me to another dimension. I confess that now I feel more afraid of singing in front of the public than at 20, because I have not won anything in advance “.