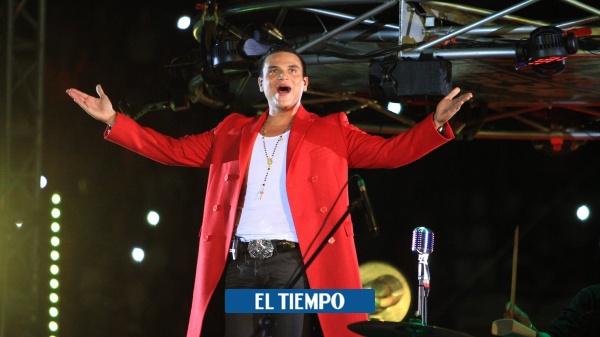 Silvestre Dangond, a famous Vallenato music singer, still does not pay the 188 million pesos corresponding to the sentence that was imposed by the Sixth Administrative Court and confirmed by the Administrative Court of Cesar, as compensation to José Luís Jurado Baleta, who was injured in a concert by the artist in Valledupar.

Holmes Rodríguez Araque, the plaintiff’s lawyer, assured that the artist remains silent on this issue despite the account sent by different media.

(In context: Millionaire compensation for injured in Silvestre Dangond concert)

“We sent the bill through his representative, Carlos Bloom, and to the doctor’s office (Abelardo) De la Espriella, who takes the case. We did it through an email and certificate, but so far we have not had any communication about the payment, “stressed the lawyer.

The lawyer argued that they hope to reach an agreement with the musical idol since the debt could increase as a result of the default interest on it.

“My client has asked me if I have approached the artist, to find out if he intends to pay the sentence. This sum is growing as the sentence continues to generate default interest ”, explained Rodríguez.

(You may be interested in: It trembled again in Colombia: it had a magnitude of 4.9)

In this same context, the plaintiff’s attorney explained that the problem should have been resolved at the post-ruling hearing held in the Sixth Administrative Court of Valledupar before the appeal of the first instance judgment was delivered.

“I clarify that it is not about any persecution against the artist. Ideally, it should be paid without having to go to the Executive, which can be presented within 10 months after the presentation of the collection account, ”the lawyer stressed.

(In other news: The story of the man in Medellín who built his house in a tree)

This same sentence also covers the Mayor of Valledupar, the National Police and the Ministry of National Defense, which must also pay the same amount as the artist.

The riots at the concert

The events date back to September 2, 2011, when the young man was working as a logistics assistant during a recording concert for the launch of the edge’s musical album ‘Do not compare me with anyone’, performed in the Vallenata Legend Park, from the capital of Cesar.

In the framework of this event, there were some disturbances, apparently because some fans of the singer could not enter the stage, which generated a confrontation between the followers and members of the public force who were guarding this contest.

As a result of this incident, Jurado Baleta received an impact on the head with a stone, which caused a head trauma, for which he was referred to the Intensive Care Unit of the Laura Daniela de Valledupar clinic.

(Keep reading: Colombians who have taken 120 trips in 5 years and are paid to do them)

Given the seriousness of his health, the young man remained in a coma for a prolonged period, which led to a progressive loss of his mental and motor faculties.

As a result of the consequences that this injury left him, he must constantly receive care and emergency services, as well as neurology and neurosurgery consultations.

It should be noted that, according to the Court’s decision, Glinis Baleta Martínez, mother of the young man, must also be repaired, as well as other members of his family.

(In other news: The largest container ship arrived at the port of Buenaventura)

This medium tried to communicate with the artist’s lawyer to find out his position on this issue, but there was no response.

S. Dangond has not paid millionaire compensation to injured in concert