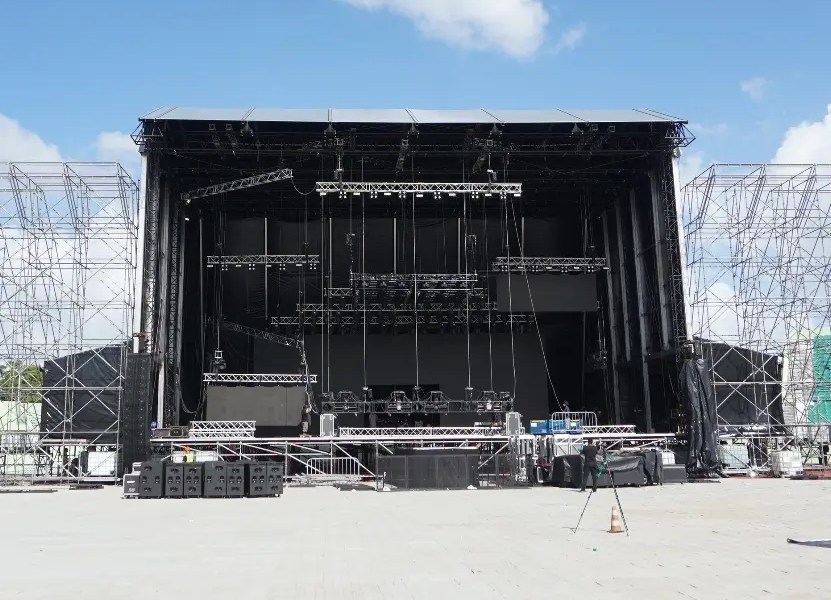 Santo Domingo.-The artistic and religious activities that are carried out on the track of the Félix Sánchez stadium of the Juan Pablo Duarte Olympic Center, damage the chevron and affect the activities that athletes must carry out, the national and international coach José Ludwig Rubio denounced yesterday.

He suggested an urgent intervention by the authorities on the athletics track, since the athletes cannot perform their exercises properly.

“Only one or two lanes of the track are working, that has meant that we have to travel to the interior to train,” explained Rubio.

José Ludwig Rubio (second from left) with the athletics team that participated in the Pan American Games in Cali.

He pointed out that due to the Adventure concert that is going to take place this weekend, the more than 20 athletes who are under his command will have to go to training in the interior of the country, because they cannot stop the usual practices.

Athlete Support
The Dominican coach considered that the authorities should give greater and constant support to the athletes.

“God has enlightened me and since I was an athlete I have known the precariousness that these young people go through, I know what it is like to be with them through thick and thin, and that is why I ask the authorities for constant support for these boys, with a little more effort and planning could become big stars, “said Ludwig, who had been out of the country for several years and returned four months ago to extend his hand to sprinters again.

The coach called on the Dominican Athletics Federation and the Dominican Olympic Committee to make an effort to cover “at least” the basic needs of the athletes, since, in his care, the medals are prepared months before and not one week away from the championships.

“The medals are built during a whole cycle, not when the event is around the corner, I asked for some supplements three months before going to Cali, and they arrived two weeks before leaving for Colombia, that is a culture of our sports system, and the most unfortunate thing is that sometimes there are the resources and people act in the same way ”, said the experienced coach.

—Offers from abroad
“I have lost several offers to stay helping the nation’s sprinters,” Rubio said. “I put as a condition that if in six months some things do not improve, I will leave again.”