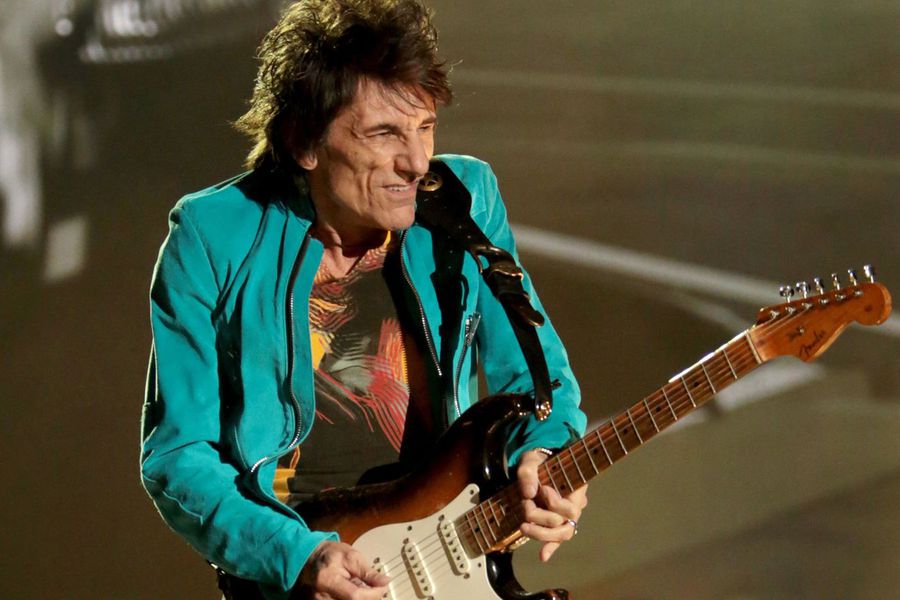 The guitarist turns 74 today, a symbol of the most adult stage of The Rolling Stones, capable of giving dynamism and solidity to the sound of the group, and cultivating a look that always seemed destined to integrate the ranks of the British.

But his career didn’t start alongside Mick Jagger and Keith Richards in 1975. And he didn’t just continue with them either. Here, a quick guide to enjoying and listening to an unmistakable icon of English rock.

His debut as an instrumentalist in 1964 and without confusing them with the Californian Byrds of Roger McGuinn and David Crosby, managers of folk rock. In fact, between the two groups there is a lot of difference: where the Americans were subtle and precise, the Birds integrated by Wood maintain that savagery typical of British R&B groups of the first part of the 60, as if they were always singing beer in hand from the platform of a tavern.

Also like every British instrumentalist of the 60s, his natural leap after rock and roll and the most primal R&B was electric blues, that stylized flow of guitars that amazed an entire generation of artists and that changed the creative DNA of conceived music. on the island.

This is a band that barely lasted about a year and recorded three instrumental tracks, but it serves to understand the transition that Wood was facing as a creator.

The seminal name of English blues and the birthplace of some of the most important musicians in Anglo rock, his first line-up in 1967 was made up of guitarist Jeff Beck, vocalist Rod Stewart and Ronnie Wood on rhythm guitar. Mixing a style as virtuous as it is melodic, thunderous on the instrumental and harsh on the vocal (thanks to Stewart’s timbre), Wood later moved on to bass, marking his path as a musician capable of remarkably expanding his possibilities.

In an era so fertile for British music, Wood reconciled in 1968 his responsibilities at The Jeff Beck Group with this other group, The Creation, more attached to mod, light rock and a more urgent vibe reminiscent of the early The Who. Wood and company did not forget their origins.

Wood returns to the guitar – after exploring the bass options in Jeff Beck Group – in one of the most successful groups in England in the early part of the 70s, with a fresh and diverse sound, which was already beginning to give account of the trends in vogue those days, from country rock to glam. Also, again with Stewart. Wood, strictly speaking, had become his most faithful squire.

Scotsman’s fourth album and where he continues the partnership with his old partner Wood. They wrote four songs together – starting at the beginning, that electric stridency contained in True blue – giving a boost to the rough touch that characterized the first part of Stewart’s career.

By the 1970s, many British and American musicians had almost lived a full life. At least in artistic terms.

For this reason, Wood, always restless, throws himself without fear into a solo career that has its first stone here. Although at times somewhat crude in sound, it is a good vintage testimony that brings him together with friends like George Harrison and, of course, Jagger and Richards. It is the loaded appetizer of what was around the corner.

For those who believe that the greatness of the Stones only stretched into the first half of the 1970s, here is an album to dismantle dogmas.

Released in 1976, Black and Blue presents Mick Jagger and Keith Richards as two seasoned explorers who, still clinging to R&B and rougher rock, decide to move their compass towards funk (Hot stuff), reggae (Cherry Oh Baby) and a certain gospel vigor (Memory motel), almost all genres that were living their golden age in those days. Always with a good sense of opportunity, Wood lands on the longest-running band in history – replacing Mick Taylor – to stimulate a still gleaming inventiveness.