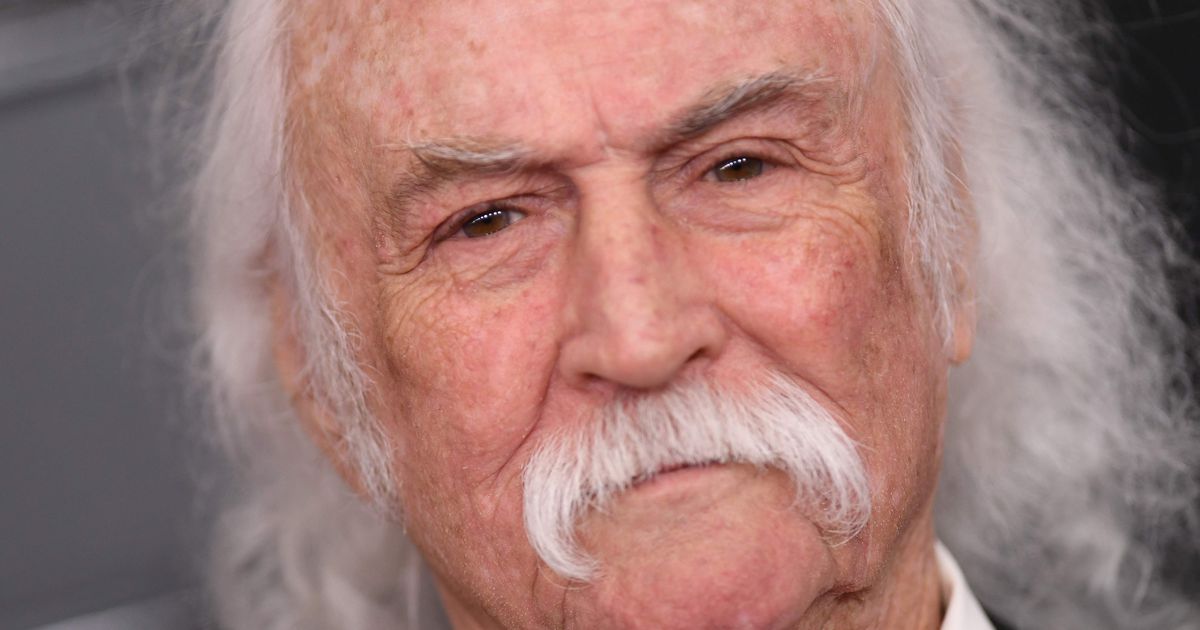 David Crosby, the sassy rocker who went from baby-faced harmonizing in the Byrds to hippie superstar and troubadour in Crosby, Stills, Nash & (sometimes) Young, has died, media reported Thursday. He was 81 years old.

The New York Times reported, based on a text message from Crosby’s sister-in-law, that the musician passed away Wednesday night. Several of the reports on the death cited anonymous sources. The Associated Press was unable to contact his representatives or his widow, Jan Dance.

Crosby underwent a liver transplant in 1994 after decades of drug use and suffered from diabetes, hepatitis C and heart surgery in the past decade.

Though he only wrote a handful of hugely popular songs, the witty and always dogged Crosby was at the forefront of the cultural revolution of the 1960s and ’70s, succeeding well with Stephen Stills, Graham Nash and Neil Young on the Woodstock stage; leaving testimony of a hirsute generation in his anthem “Almost Cut My Hair” or mourning the assassination of Robert Kennedy in “Long Time Gone”.

He was one of the founders and the center of the Los Angeles rock community, from which artists such as the Eagles and Jackson Browne later emerged. He was a twinkly-eyed hippie patriarch, the inspiration for Dennis Hopper’s long-haired drug addict in “Easy Rider.” He advocated peace, but was a pushy loudmouth who waged personal wars and acknowledged that many of the musicians he worked with throughout his career no longer spoke to him.

“Crosby was a colorful and unpredictable character, wore a Mandrake the Magician cape, didn’t get along with too many people and had a beautiful voice, an architect of harmony,” Bob Dylan wrote in his 2004 memoir. Chronicles: Volume One (Chronicles I).