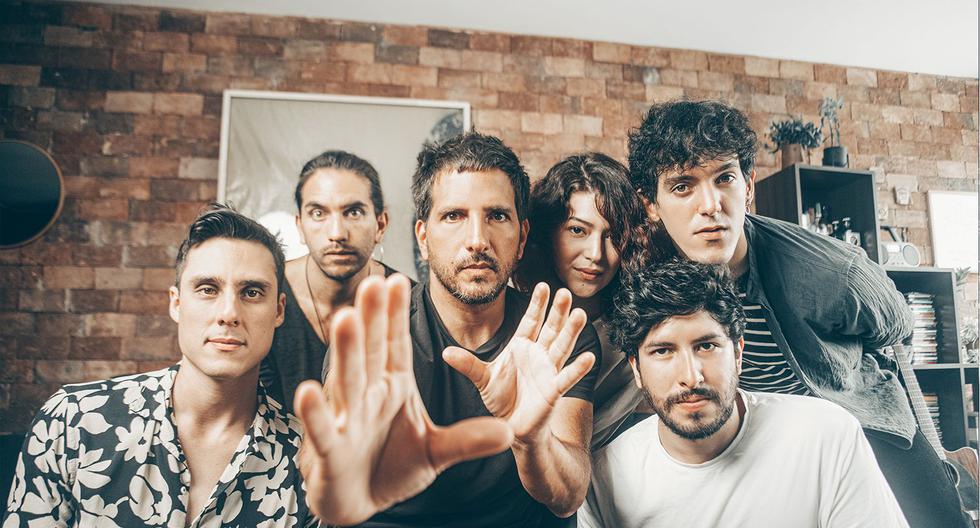 What is “An earring” for Bus? Not just the title his most recent singlebut also a pending in itself: to compose a more rock song, in some way a return to the original sound of the Peruvian band led by Luis Enrique Piccini.

READ ALSO: Coldplay in Lima: Concert will have a second date

He explains it himself: “Our first two albums were more guitar-based, and on the third we leaned toward atmospheric keyboards and other references. So we wanted to do something strongerwith textures reminiscent of Soda Stereo’s ‘Dynamo’, or some more current things like DIIV”.

To specify that sound that mixes the noise of the nineties with the most contemporary sonorities, Autobus It featured the collaboration of the Chilean band We Are The Grant. “Sebas Gallardo did the vocals and Fernando Lamas recorded the guitar –explains Piccini about the joint work–. We did everything remotely. They are an important Chilean band and in a way contemporary to us. More or less we are in the same musical cloud”.

Another earring for the band? “I think traveling more”, responds without hesitation the leader of Autobus. “That is something that we have always liked. We have been able to play in Argentina, Ecuador, Mexico, Los Angeles, but they were very punctual and sporadic presentations, and then nothing else happened”, he adds.

In fact, that inconstancy in their tours abroad – and in general in their live shows – was one of the reasons why it has taken almost five years to publish a new album. The pandemic and other difficulties delayed the launch, but today it finally has a date and almost everything is defined: it will be in June and It will be called “All good, nothing in order”.

“The bands that can live from music today do so because they were played on the radio 20 years ago. Mar de Copas, Amen, Libido”

“It’s an album that has to do with a person’s changing feelings,” says Piccini. The songs have been produced by different people and in a certain way they will transmit that, a journey of sensations and styles as well. It was going to be called ‘Life Area’, but we changed it. The new title seems to me more in line with what is happening to us and easier to identify as well. I would think that he is more grounded with the disc, what happens to us as a country, and what happens to me personally”.

“It’s also a phrase that my old man always says: ‘Hello, how are you? All good, nothing in order’. It’s that typical paradoxical phrase, one that I have recorded years ago”, says the musician who also reveals that, quite possibly, the album will have 17 songs, neither more nor less. “I already put the ‘deadlines’ on the boys. It has to come out in June yes or yes, ”he emphasizes.

One more earring? Of course there is, and it has to do with the Peruvian music scene, according to Piccini. “It is pending to be able to play on the radio and generate a greater music industry, which today is very precarious,” he says. The bands that can live on music today do so because they were played on the radio 20 years ago. Sea of ​​Cups, Amen, Libido. They are good bands, they did a spectacular job, but they are the only ones that have been playing for 20 years. That’s an earring with the new bands. We don’t have that facility and that exposure.”

A more than justified call for attention so that Peruvian ears can adapt to the new and very varied musical production in our country in recent years. Meanwhile, after the release of “Un pending”, Autobus prepares a few concerts scheduled in April, and a tour of the north with Indigo in May. There is fuel for a while.

“Un pending”, the band’s most recent ‘single’, can be heard starting today on the different digital platforms. It will be included in his fourth studio album, “All good, nothing in order”, to be released next June.