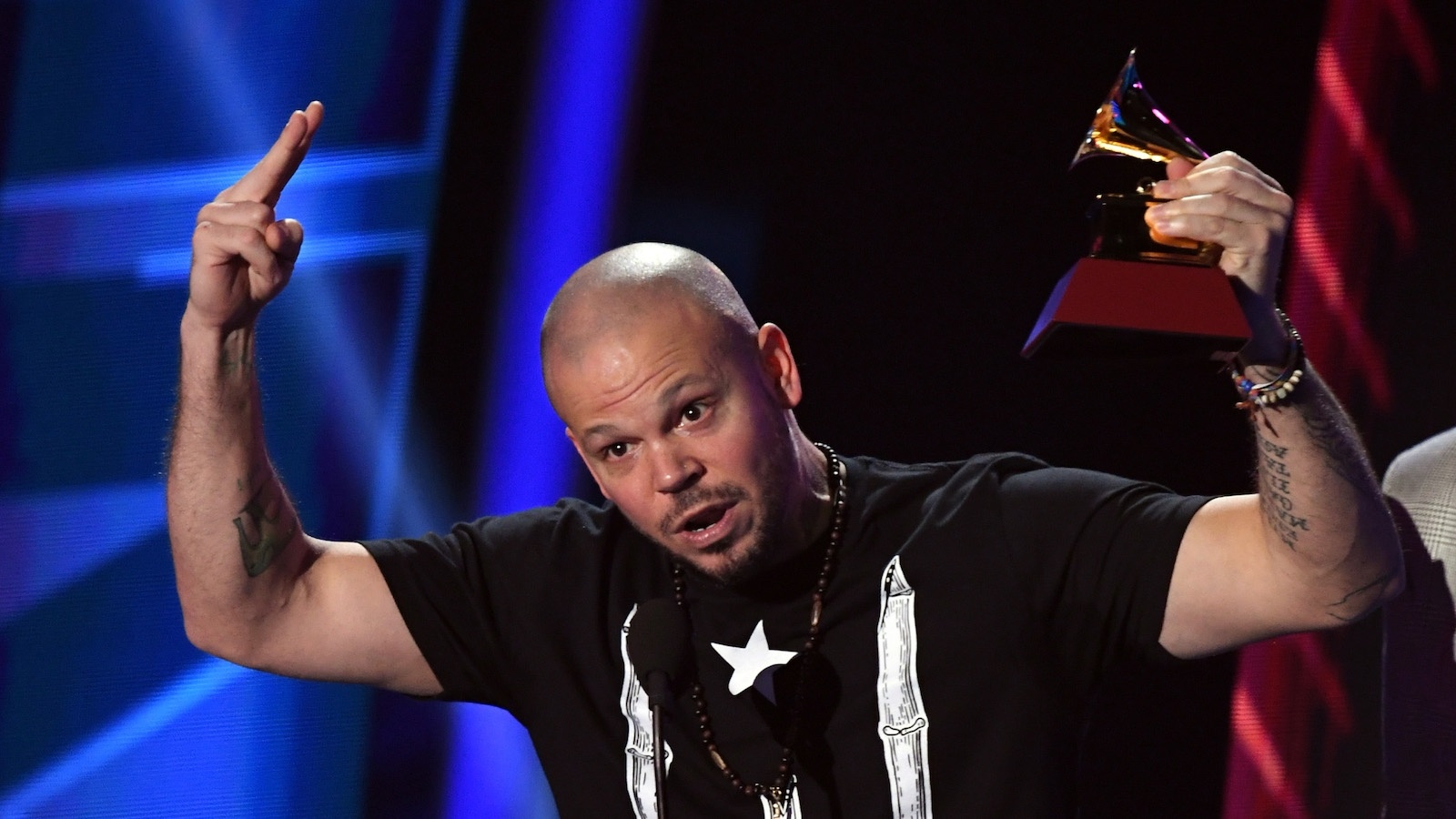 (CNN Español) — “If the Grammys don’t value us, why am I 31 [premios] Grammy? “, Thus begins the download of Residente on Instagram this Wednesday, with which he responds to the boycott and comments from J Balvin in which, again, he criticized the Latin Recording Academy.

René Pérez Joglar, better known as Resident, published a video of almost 3 minutes on his IGTV this Wednesday in which he responds directly to Balvin’s comments. The reggaeton from Medellín said on Tuesday, shortly after the Latin Grammys to announce their nominations for the 22nd edition of the awards, that the Latin Recording Academy did not value them and that they did not respect the urban genre.

Resident with Visitor (Eduardo Cabra) and his group Calle 13, are the artists who have won the most Latin Grammy in the history of the awards, both individually and by group.

“From what I saw yesterday they nominated many colleagues who gave him ca *** … C. Tangana, Rauw Alejandro, Akapellah, Nathy Peluso, Bad Bunny, Eladio Carrión, Ozuna, Karol G, Farruko, DJ Nelson, Jhay Cortez , Farina, Rafa Pabon, Youtuel, Beatriz Luengo, Myke Towers … I mean, are you going to tell Myke Towers, which is possibly his first time nominated ‘, not to go to the Grammys, because you of the c ****? “said Resident.

In the video, he also criticizes the decision to boycott the awards, asking the reggaetonists not to attend the ceremony, thus leaving aside the celebration of the life, career and social work of Rubén Blades, person of the year of the Latin Grammy 2021.

“To top it all, this year is dedicated to Rubén Blabes. In other words, you are telling people of the urban genre to boycott the awards and not to celebrate the artistic life of Rubén Blades, cab ***. A guy that marked the history of Latin American music, a guy who, unlike you, writes his songs and feels them, “said Residente.

In the comments of the publication on Instagram, Balvin (whose full name is José Álvaro Osorio Balvín) responded to Resident with: “🙏 I RESPECT YOUR OPINION 🙏”.

At the time of publication of this article, the Residente video was approaching one million views and accumulated almost 20,000 comments.

The video was later removed from Residente’s IGTV.

A controversial dragged from 2019

This is not the first time that Residente has responded to comments from the urban genre with a boycott proposal against the awards. In 2019, the singer also posted on Instagram, a video in which he responded to the #SinReggaetonNoHayLatinGrammys movement, started by Daddy Yankee and replicated by other artists of the urban genre, including J Balvin.

At the time, Residente said, wryly, that he was joining the movement to go to Las Vegas to “overthrow the government dictatorship of the [Latin] Grammy”.

This is the entire transcript of the Resident video with the message to Balvin:

To understand why I’m lost José. If the Grammys don’t value us, then why do I have 31 Grammys? I’m not urban, I don’t rap? What genre are we talking about? Because from what I saw yesterday they nominated many colleagues who gave him ca ****: C. Tangana Rauw Alejandro, Akapellah, Nathy Peluso, Bad Bunny, Eladio Carrión, Ozuna, Karol G, Farruko, DJ Nelson, Jhay Cortez, Farina , Rafa Pabon, Youtuel, Beatriz Luengo, Myke Towers. In other words, are you going to tell Myke Towers that it is possibly his first time nominated that he does not go to the Grammys, because it comes out of the co *****?

All this without counting the other nominated artists. As I don’t know, Camilo, Juan Luis Guerra, Lafourcade, etc. To top it all, this year they are dedicated to Rubén Blades. In other words, you are telling people of the urban genre to boycott the awards and not to celebrate the artistic life of Rubén Blades, ca ***. A guy who marked the history of Latin American music, a guy who, unlike you, writes his songs and feels them.

I would believe you about the boycott if, I don’t know, last year when you were nominated 13 times you weren’t going to the Grammys. But there you didn’t ask for a boycott. You surely had a change of clothes for each award. But since you won only one Grammy out of the 13 nominations, now the boycott is back.

And I don’t know why it bothers you so much, because according to you, you make history every 15 seconds, c **** with the Latin culture the gang or I don’t know what the ***.

And Tego c ****, someone we all admire? Tego, my brother, who I was talking to a couple of days ago at home, a real guy who writes all his songs, he hasn’t earned a Billboard, c ****. And when you have seen Tego complain, or me complain? And I’m not going to get into the Billboard thing because I don’t want to offend people, but you and everyone who has won a Billboard knows what the Billboards are about.

So, you have to understand, José, it’s like I don’t know, like a hot dog cart gets upset and freaked out because you can’t earn a Michelin star. And don’t get me wrong, I mean, everyone loves hot dogs.

Let me explain, so that you understand: your music is as if it were a hot dog cart, which many people may like or almost everyone. But when those people want to eat well, they go to a restaurant and that restaurant is the one that earns Michelin stars.

So if you want to be nominated, you have to stop making hot dogs and open a restaurant. Or you can also make a hot dog well hij *****, like this with kobe beef, I don’t know and a nice bread c **** … The point is, José, if you don’t have a pencil you have to turn it down twenty.