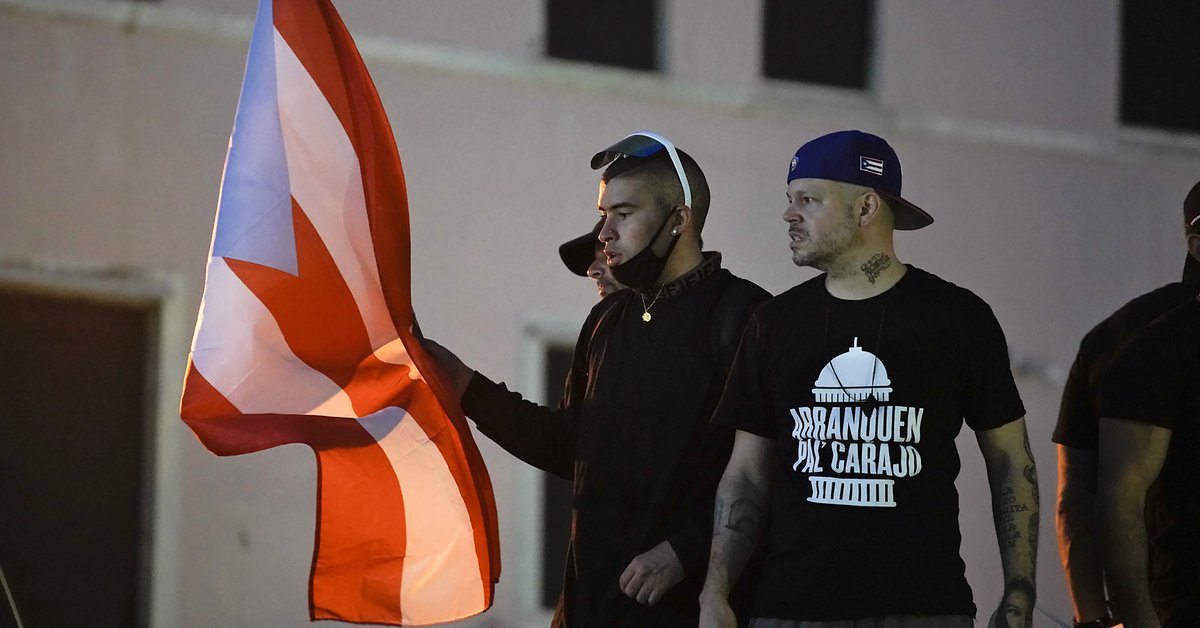 The art world took over social media to raise their voice and support the claims of the Cubans.

René Pérez, also known as Resident, former member of the musical group 13TH Street, on Tuesday asked his followers on Twitter that “please”Replicate an image that you attached and that contains the names of hundreds of detainees and disappeared in Cuba.

“This is a message of support for the demonstrations in Cuba so that they manifest with all force”, he said in turn in a video he posted on his Instagram account. “Demonstrating is a human right anywhere in the world and Cuba has a history without doing so“, He added, and considered that” this demonstration was born from a tired people … It was the people of the town who woke up. “

“There are many videos on social media where they present brutality by the government. And something that did not exist in my father’s time is the camera on cell phones. So There is no excuse to understand that the violence applied is the same that you denounced for the opposite ideal. The same thing that you denounced from the right, is being done by the left “said the former leader of the Calle 13 group.

Already on Monday Residente had launched into the networks with a forceful message: “Between the ineffectiveness of the Cuban Government and the US blockade, they have the people screwed up in the middle of a pandemic. To send help, look for an alternative route to the Government, the same thing that in Puerto Rico will not happen during Hurricane Maria”.


In the same vein, the Puerto Rican musician expressed himself Ricky Martin, who posted an infographic on Instagram with the comment “What’s happening in Cuba?” and on Twitter he published #SOSCuba and later another message with the island’s flag, an act that was replicated by the reggaeton Daddy Yankee and the singer from Madrid Alejandro Sanz.

The same did the Mexican singer Julieta Venegas on Instagram, where he said: “I want to express my solidarity with the Cuban people who are taking to the streets to protest and ask for the end of the dictatorship.”

Likewise, the Cuban musician and producer Emilio estefan, residing for decades in the US, did not hesitate to affirm: “Freedom for CUBA! Those from here and there united in the same desire, FREEDOM FOR CUBA! ”. Estefan took advantage of the situation to present the song “Libertad”, which “was supposed to be released at the end of this week as part of a very important project”, but which he decided to share “from now on because this day is too exciting and important for everyone. Cubans in the world ”.

The Panamanian singer-songwriter was more political Rubén Blades, for whom “the recent protests in Cuba should not surprise”, since it is “natural” that they occur after “more than six decades of a Marxist dictatorship sustained through repression”.

“What surprises me is that there are still absolute defenders of a regime that does not allow its people the opportunity to choose their destiny democratically,” said the actor and former Panamanian Minister of Tourism.

Police detain an anti-government protester during a protest in Havana, Cuba, on Sunday, July 11, 2021. Hundreds of protesters took to the streets in various cities in Cuba to protest against current food shortages and high prices of products in the midst of the crisis due to the new coronavirus pandemic. (AP Photo / Ramón Espinosa)

The organization Human Rights Watch (HRW) He denounced this Tuesday that the detainees in the protests that took place in Cuba “exceed 150” and demanded that the violations of human rights on the island cease.

“The initial lists of detainees in the protests in Cuba exceed 150”, wrote the director for the Americas of HRW, José Miguel Vivanco, on his Twitter account, who also warned that “The whereabouts of many of them are unknown.”

On Sunday thousands of Cubans came out to protest against the regime shouting “freedom!” to the protesters and defend the Revolution.

Vivanco stressed that “To protest is a right, not a crime.”

The brutal video that shows how the Cuban dictatorship ambushes, detains and fiercely beats an unarmed protester

In addition, he published a list of disappeared whose authorship he attributed to the non-governmental organization Cubalex, which accounts for 171 people reported as disappeared, of which 17 have already been released or their whereabouts are known. The list includes, in addition to the names and surnames of the people, the place where they were last seen, the time and date of detention and the “last report” about their situation.

The protests, the strongest that have occurred in Cuba since the so-called “maleconazo” of August 1994 They occur with the country mired in a serious economic and health crisis, with the pandemic out of control and a severe shortage of food, medicine and other basic products, in addition to long routine electricity cuts.

The United States urged Cuba to enable Internet access to its citizens
Cuba: the brutal video that shows how the dictatorship fiercely detains and beats an unarmed protester
The Cuban dictatorship took the influencer Dina Stars prisoner in the middle of an interview with a Spanish channel