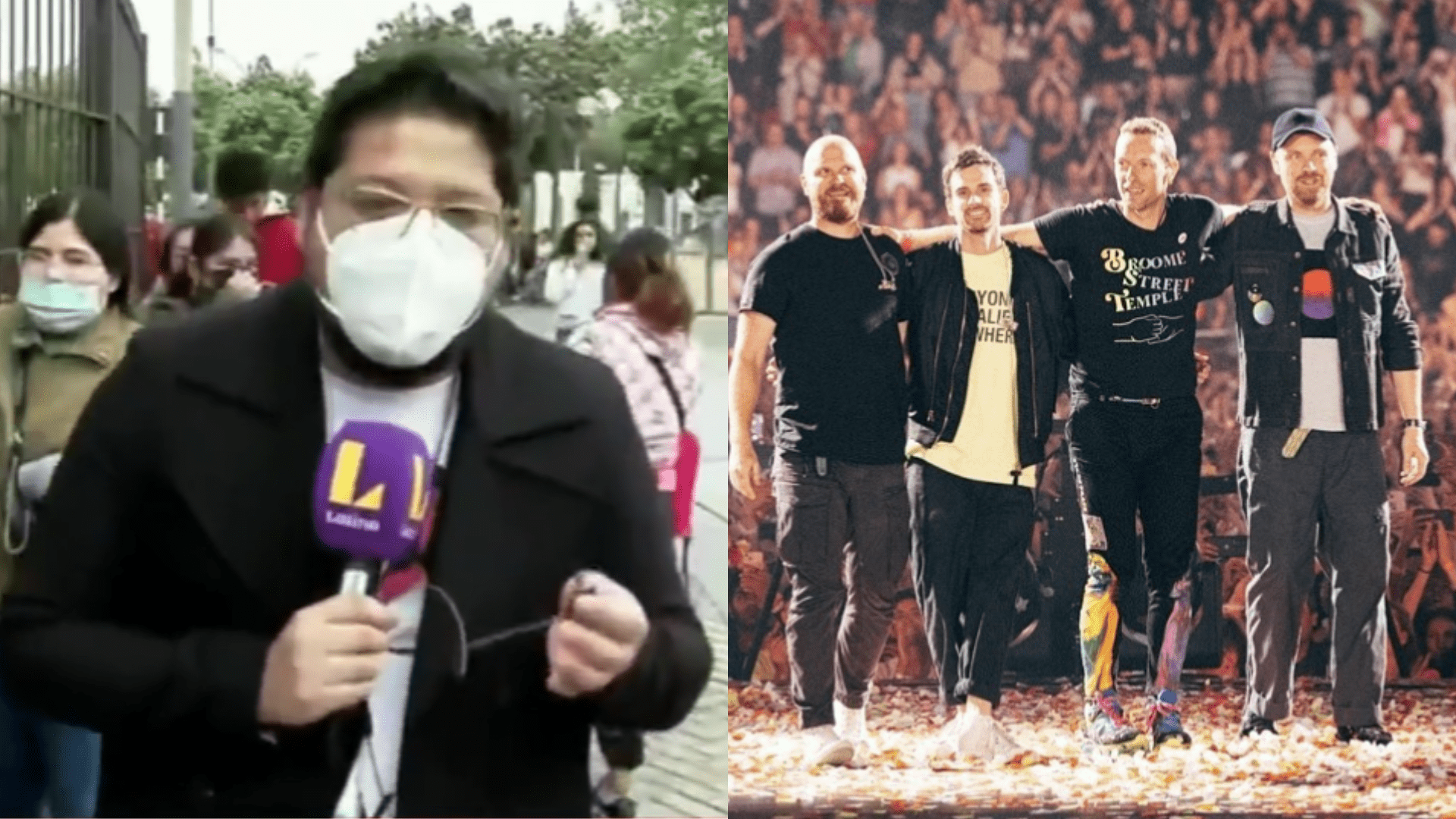 Latina reporter apologizes live to his girlfriend for not getting tickets to Coldplay. (Facebook)

the concert of Coldplay is one of the most anticipated of the year and since its arrival in Peru was announced as part of its international tour ‘Music of the Spheres World Tour’, fans did not hesitate to save every penny in order to get a ticket. The group led by Chris Martin managed to sell out in the first hours of the sale of their tickets for this September 13, leaving many without the opportunity to see them live.

However, the company in charge listened to the request of its fans and enabled a second date scheduled for this September 14, which also quickly sold out. Although a third show was not announced, the English band announced days before arriving on Peruvian soil that they were going to give more tickets for both days at less than S/.100 for just 400 people.

Despite all this, some continued without being able to purchase a ticket. Such is the case of the girlfriend of a reporter from the program ‘Up my people’. And it is that, the journalist took advantage of the cameras of the morning space this Wednesday to apologize to his partner for not having bought his pass to see Coldplay surround their best songs in The National Stadium.

Reporter from ‘Arriba mi gente’ apologizes to his girlfriend for not buying Coldplay tickets. (Capture)

It all started when Gianella Neyra asked him if he managed to find tickets for the shows. “Rob, did you get tickets to see Coldplay?” She can be heard saying to the driver, while she was watching the long queue that formed from the early hours of the morning outside the enclosure. Let’s remember that, several days ago, fans have been camping to be the first to enter the place.

“Not Gianella. We are entering a very sad time for me. I have a nationwide confession to make. I have to apologize to my girlfriend because I have been looking for tickets since they were announced, but I couldn’t get them. We have been in all the pre-sale queues, in the ‘infinity tickets’, looking for resale (but it was very expensive). I want to apologize that I couldn’t bring her to the Coldplay concert,” she noted.

Upon hearing his story, the hosts of the magazine lamented the fact and even expressed concern about a possible fight between the two. “Rob, I’m sorry I brought up this terrible thing with his girlfriend, I hope she doesn’t mind.”

The British band surprised all their fans with their first postcard after their arrival in our country. Coldplay is preparing for two arduous days of concerts that will thrill its thousands of fans who make long queues outside the National Stadium to get a good place in this show.

“We are very excited to be in Peru”, they wrote as a description to their Instagram post on the afternoon of this September 13. The surprising thing was that they put it in Spanish. Almost immediately, the snapshot reached more than 300,000 likes on this platform and hundreds of comments from his enthusiastic followers.

Likewise, the comments abounded in his publication. “I love you”, “How cute”, “Welcome”, “Make it already 9:15 please”, “And Peru is delighted to have you. Welcome”, “I am happy to know that one of my favorite bands is here in my country”. 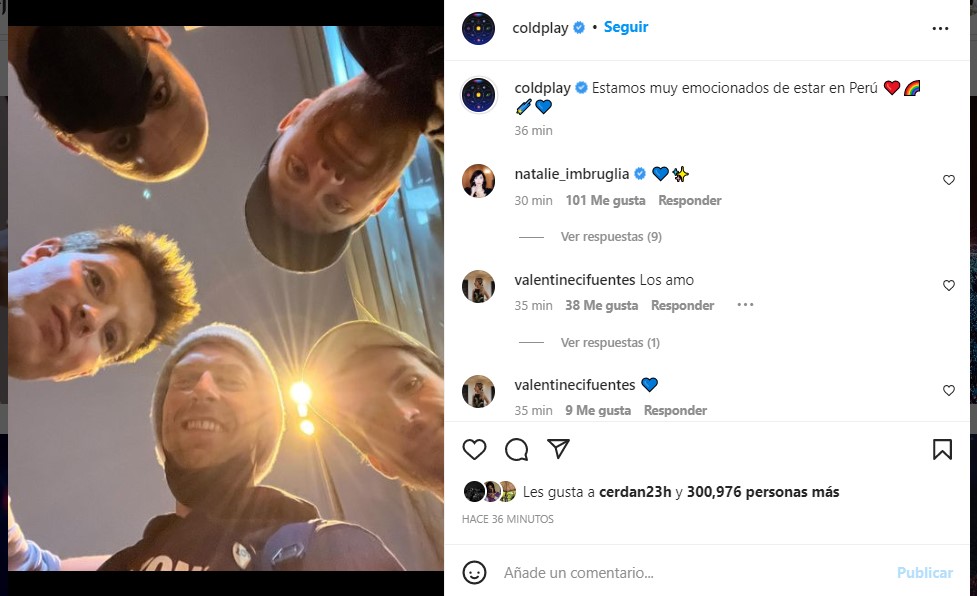 Coldplay arrived in Peru and published their first photo. (instagram)

“Close the borders”, the request of the fans when having Coldplay, Dakota Johnson and Camila Cabello in Peru
Coldplay publishes their first photo in Lima: “Very excited to be in Peru”
Camila Cabello visited the ‘Central’ restaurant before her concert at the National Stadium with Coldplay