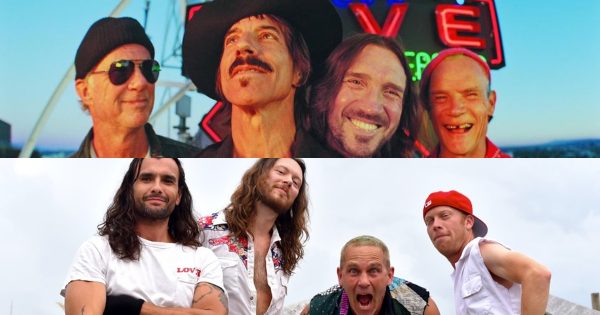 Live concerts from our favorite artists and bands are back, so fans are already buying their tickets with great excitement. However, a Red Hot Chili Peppers fan, At the time of buying the tickets for what he thought was a show of his favorite group, he realized that he was wrong and bought for a tribute band.

According to the Detroit Metro Times (via Future), a Red Hot Chili Peppers fan bought four tickets to a tribute band concert. instead of the royal ticket to the show of the group true.

This is Aaron, a fan who was casually checking his social networks when, surprisingly, came across an ad. Which was apparently for a Red Hot Chili Peppers concert.

This show in question had a date for next April 28 in a Detroit venue called Magic Bagwhich has a capacity for 400 people.

Ticket prices for this concert they were under 20 dollars (about 16 thousand Chilean pesos). So the fanatic decided buy four tickets.

However, the fan of the rock band realized after the tickets he had bought, they were actually for a tribute band performance called Red Not Chili Peppers. In fact, at first glance, Aaron thought the N was an H.

He told the media that the logo was in all capsso he found it understandable that there was a misunderstanding.

“The way they were promoting Unlimited Lovewhich just came out, were performing at smaller venues in the west zone, doing small record stores, free shows, things like that, “justified the fan. «I was like, oh my God, maybe I’ll get lucky.”

They did not return the money, but he will go to see the real group

On the other hand, the Red Hot Chili Peppers fan he said he was “completely sober” when he made the purchase. In addition to the fact that the logo was “basically like a sort of clever advertising.

But he was also furious, because tried to contact the ticket seller to get a refund. But they turned him down, and even the concert agent couldn’t help him.

Despite everything, equally will go to the royal band show on August 14 at the Comerica Park stadium in the city of Detroit. which has a capacity for 41 thousand people.

Notably, Red Hot Chili Peppers released his most recent album Unlimited Love, last April 1. For which he scheduled a world tour that It will kick off on May 1 in New Orleans.

The band is expected visit our country in a solo concert or for a festivalas they have already done in lollapalooza chili.

“Red NOT Chili Peppers”: Fan makes a mistake and buys tickets for the band’s tribute concert