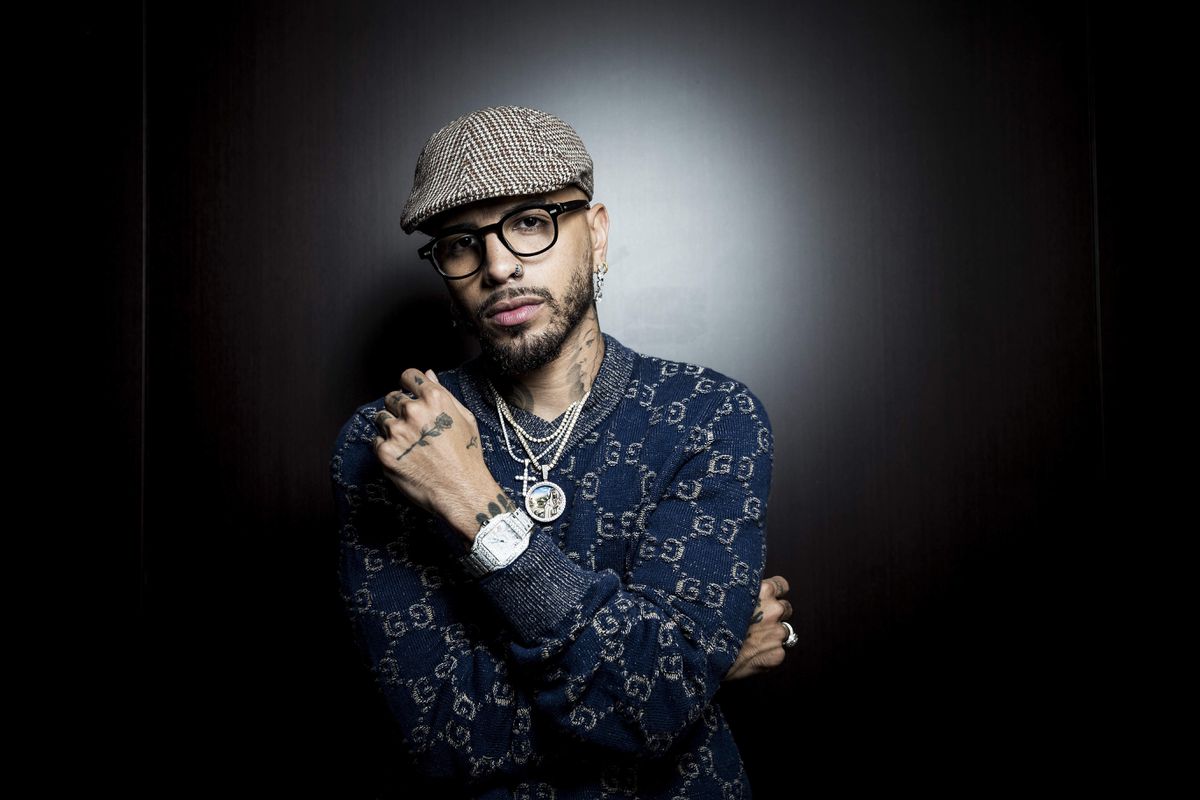 Rauw Alejandro is showing his tattoos. On one side of the neck, a large face of a geisha and in the other a samurai; the right arm is lined with characters from anime. His watch, encrusted with diamonds, was given to him by someone generous: it costs $ 70,000 (about 59,000 euros). It also has shiny pebbles in its white teeth. And a gold tooth. “Yes, it costs a lot. But do not believe it, I am one of the reggaeton artists who wear the least jewelry. I wear thin and simple chains ”, he affirms with a smile full of sparks. Outside, at the door of the Madrid hotel where we are, two dozen young people have been waiting for hours, confident that the musician will grant them a few seconds. “Do you know if he is going to go out and if he will take photos with us?”, They ask the journalist.

Up to 15 people assist the artist during his stay in Madrid. In the spacious room where the interview takes place, one feels several eyes observing. Star scent. Because its theme Everything about you is number one in sales and listening on platforms in several countries, including Spain, and important data these days: on social networks where a noisy parallel life is exhibited, Instagram and TikTok, is the favorite song of users to put a soundtrack to their home videos. Alejandro is hitting it, come on; or as they say in his land, Puerto Rico, “He’s breaking it, you bastard.”

“The woman is my source of inspiration. I grew up with my mother, my grandmother and my sister. They are goddesses. I also have my girlfriends, of course. It’s nice to write to make them feel powerful and sexy, ”she says.

Alejandro belongs to the generation of Puerto Rican artists who voraciously colonize the lists of the most listened to songs. He is 28 years old; Bad Bunny, 27; Ozuna, 29; Anuel, 28; Myke Towers, 27; Jhay Cortez, 28… They are the scene from 2015-16, who sang in what they call parties, in La Perla, that set of streets in Old San Juan that tourists are advised not to visit. “Although it is not as dangerous as before,” says Alejandro. They all show genuflecting respect to the fathers of reggaeton (Daddy Yankee, Nicky Jam, Don Omar, Tego Calderón…), but they don’t give up experimenting with other rhythms and updating the theme. They retain, yes, Spanish as a language to sing, with what they have lately achieved that Castilian surpasses English as the main language of pop music.

Alejandro was born in Palma Sola, a small and humble neighborhood of Canóvanas (north of Puerto Rico) in a middle-class family “on the low side”. His father, guitarist and singer born in Brooklyn (New York), introduced him to the heroes of American music: Elvis Presley, James Brown, Michael Jackson. His mother, who sang in his father’s orchestra, showed him “the values ​​of life: you have to work hard and hard to achieve your goals.” His parents divorced when he was 10 years old and he went to live with his mother in Carolina, a populous municipality east of San Juan, the capital of Puerto Rico. “The divorce affected me because I lost my relationship with my father, who went to the United States. My mother had three jobs to support me, my sister, and my grandmother. When I was 18 years old, I went to the United States with my father and recovered the relationship … until today. Now we are at peace ”, he says.

In Carolina he was forged as an artist. “All the reggaeton players come from there, is the cradle. The first DJs and producers went to Carolina and a music scene was created. Now there are more recording studios than schools or sports parks, ”he reports. He began to publish songs on the digital music platform Soundcloud and that was packed. His first record, Aphrodisiac, was published in 2020 and now comes the second, The other way around, that opens it Everything about you and moves away from reggaeton to look for other danceable rhythms: pop, house, funk. Of this work he has said The New York Times: “Draw a new model for pop in Spanish.” The influential American newspaper also calls him “playboy”. He laughs when he hears it: “That’s good, right? We seem to be doing a good job and going to the gym a lot. I am always happy for any compliment ”. Alejandro is a positive guy, obedient to what his label tells him, a good boy who doesn’t put too much trouble on the sometimes lazy promotion. And religious: Jesus Christ hangs from his fine chain. “My parents taught me not to complain, to be grateful and to move on,” he says.

“The divorce of my parents affected me because I lost the relationship with my father, who went to the United States. My mother had three jobs to support us ”, reveals

Some continue to criticize the lyrics of Latin urban artists. An example of one of his latest work, 2 / Fourteen: “How nice to have to undress /. I don’t have to do much pa ‘ warm you up. / Baby, today I’m going to fuck you. / And in my ear you are going to yell at me that you are always going to love me ”. “I write for nenas. The woman is my main source of inspiration. I grew up with my mother, my grandmother and my sister. They are goddesses. I also have my girlfriends, of course. It’s nice to write for girls, make them feel powerful, sexy, beautiful. Sometimes I give the lyrics a little more mischief, others are more romantic. Romanticism is the main thing in my music. I don’t write about the street or about social things, ”he explains.

He is able to mix his torrid theme with an indisputable poet in one letter, as in the song Clouds: “I write you poems a la Mario Benedetti. / Of your body and your legs athletes”. “When you read it it doesn’t sound very poetic. I would tell people not to read my lyrics, to listen to them in song. I am not a writer of poems. Poems are made to read. I make songs. It’s not what you say, it’s how you say it. “

Like Bad Bunny, Alejandro has skyrocketed in popularity during the pandemic. While music has lived through the darkest year in its recent history, they have been bathed in gold. Their control of digital assets, the impact they have on apps like Spotify, and the ease with which their music is produced has all had a bearing, as just a few electronic gadgets are enough. “In the pandemic I was locked in my house with three of my collaborators, sound engineers and producers. We did a mini-studio and we were recording non-stop. Many artists have to go to a large studio, with drums, guitars … We don’t. We adapt ”, he explains.

He currently lives in Miami, where the cogs of the Latin pop industry are. There he met the Spanish singer Rosalía, who participated with some details in two songs by Aphrodisiac. “We are friends. We have done something together, but we still do not have a good collaboration. Reach. We will do something great. She is currently one of the best artists in the world ”. He takes with a smile the insistence of some of his followers to connect him with Rosalía or with the actress Ester Exposito. “It comes with the package of being an artist. I was a fan of Cristiano Ronaldo and also wanted to know everything about his intimate life. I understand. Well, that’s the world of entertainment. I can have a friendship and they quickly tell you that we are a couple. So are the things…”.

At the door of the hotel the fans of the musician are still waiting. Dani and Evelyn, both 17 years old, explain why that passion: “He makes beautiful songs that are perfect for dancing”. And they add: “We prefer to think that he does not have a girlfriend.”