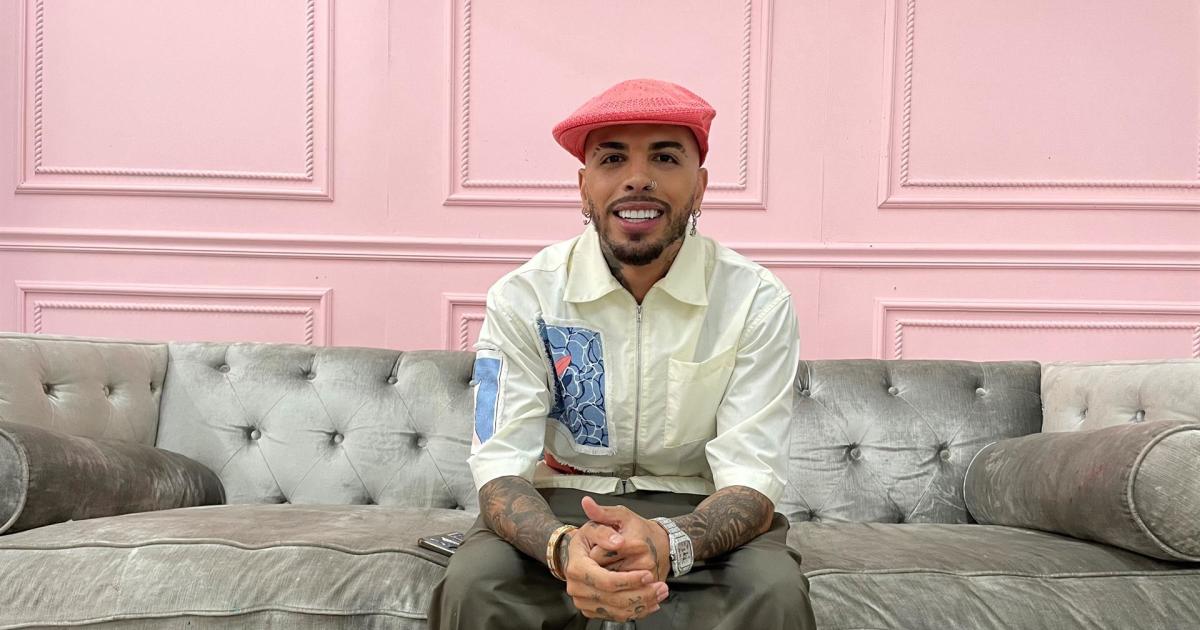 The Puerto Rican singer-songwriter Rauw Alejandro released his album “Viceversa” on Friday, which he said in an interview is an important step in his goal of becoming the “most complete urban artist that has ever existed.”

With that in mind, Raúl Alejandro Ocasio decided to take a risk and almost completely abandon reggaeton. Only three songs from “Viceversa” were made with the base of the dembow. The rest “is a sum of who I am,” he explained, mentioning “vintage” sounds, dance hall, R&B, Afrobeat and many other elements, including nods to disco and Brazilian music.

Surrounded by lights, a team waiting for him for a photoshoot in a Miami studio and a small squad of stylists, Rauw Alejandro was in his sauce. Happy and nervous. “I already want to see what reaction people are going to have. We took a significant risk with the album, “he confessed.

The first results exceeded his expectations: “Todo de ti”, his first single, has been in second place for more than three weeks on the “Spotify’s Global chart”. The totally pop song also broke a record in Spain, where 1.68 million views were recorded in one day.

The video, directed by Marlon Pérez and filmed in the Atlanta area, embraces the aesthetics of the early 1980s, including a skating rink and a guest appearance by American basketball icon Shaquille O’Neil. In a month it has achieved almost 180 million views.

“I was hoping it would go well, but the explosion of support from people has been wonderful,” said the artist, who was inspired by his great idol Michael Jackson for some of the steps and silhouettes in the video.

Bruno Mars, Usher and Chris Brown are some of his idols, and he wants to follow the path they set out. “I don’t stop studying to become a better musician, performer, and dancer. I have very big goals and I am achieving them even faster than I had thought; but that only makes me want to work more, “he said.

In addition, it has strived to evolve conceptually. “Viceversa” represents life, “which is always going around.” Rauw Alejandro explained that the 14-song album can be divided into three parts of what happens to a man when he falls in love and his heart is broken. “First comes the attraction and the romance, then the breakup and then how she recovers. It is a complete emotional circle and I want the public to live it with me ”, he explained.

The album has only three collaborations: “And that?” with Tainy, “I have a pal” with Lyanno and Caleb Hallway, and “Brazilera” with Anitta.

Just as musically “Viceversa” represents a change in the musical, Rauw Alejandro decided that it also required a transformation of his “look”.

The braids that he wore in his hair for almost three years had disappeared and his clothes are now closer to the fashions of the late 70s and early 80s, in the best Bruno Marx style, than to the luxury sportswear that had him. characterized.

“Many of the new sounds are from the 80s. There are beats from that time and I had to accompany them with my visual as well,” he said with a laugh and showing off a kind of cream colored guayabera with pastel drawings and a pink cap.

Rauw Alejandro is nominated for four Premios Juventud and four MTV MIAW awards. Although he still did not want to tell if he will have presentations at those galas, which will be held on July 22 and July 13, respectively, he does know that he will spend the next few months doing what he likes the most. Sing and dance with the people. I’m counting the days, ”he confessed.

The rehearsals for the tour he plans to do are intense, as he will actively join the dance routines on stage, but “it makes me feel full of life.”

The tour will begin in North Carolina on July 15 and will end in January of next year at the big concert “Calibash” in Los Angeles. Between those dates it will pass through the main cities of the United States, Mexico and Spain.

In addition, it has all the tickets sold out for the four dates at the emblematic Coliseo de Puerto Rico on October 20, 21, 22 and 23.