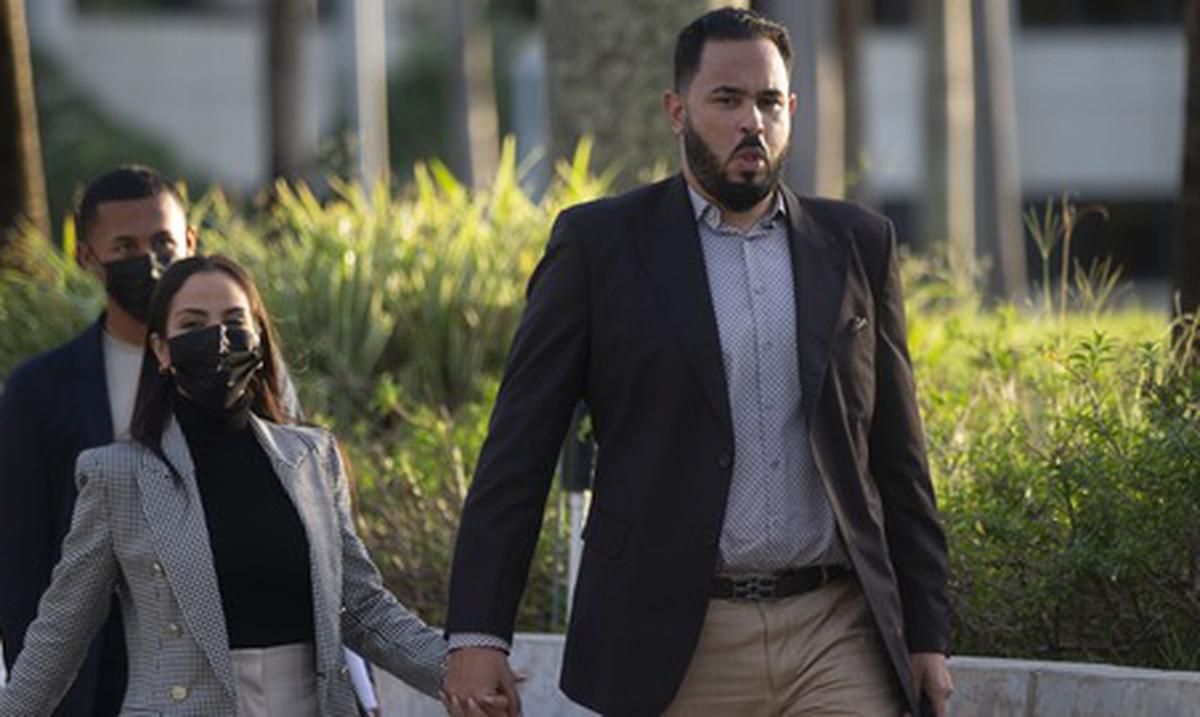 The guilty verdict in the Federal Court of Puerto Rico arrived at 3:55 in the afternoon today, after six days of trial parade and exposes Pina Nieves to a maximum of 20 years in prison. The sentence will be issued by federal judge Francisco Besosa on April 1.

Pina Nieves will remain under domiciliary restriction until sentencing. You will wear a shackle and may leave your home only for medical, religious, and court appearances.

The producer listened to the verdict standing up and with a fixed gaze. The room was silent at the exit of the jury. As soon as the judge excused those present, Pina Nieves melted into a hug with her three children and her partner Natti Natasha. Then she hugged the urban music singer Daddy Yankee, who had arrived at mid-morning today.

“I am a warrior, I am going to keep going and I am going to show the whole world who Raphy Pina is”said the producer as he left the court. “It’s the first round of 12. I’m going to enjoy Christmas with my family”he added.

For his part, defense attorney Francisco Rebollo maintained that “it is a sentence that qualifies for probation”, but warned that it is in the hands of the judge. He stressed that the decision to appeal has already been made.

“This does not end here. We have a series of controversies that we understand are meritorious and we are already at work. It was definitely decided that it will be appealed, “said Rebollo on his way out of court.

Although the maximum exposure for each of the two charges is 10 years, the lawyer pointed out that “the sentencing guidelines in this case, which are not mandatory, but rather are guidelines that the court uses to consider, mark a ‘range’ (range) of thirty months, 3 to 4 years ”.

“It is a sentence that qualifies for probation, but it is totally in the hands of the judge. It is entirely at the discretion of the judge, “he added.

When asked an offer that the federal prosecutor’s office had made to plead guilty, Rebollo said: “I know why he rejected it, because he is innocent and he will not give up.”

“If this is going to take us several more years, it is going to take whatever time it takes. He is not going to give up on his innocence, he did not possess these weapons. The circumstances were what they were and gave the prosecution basis to file the case, “he said.

Meanwhile, the head of the Federal Bureau of Investigation (FBI, for its acronym in English), Joseph González, reacted to the verdict stating that “the law does not matter, it does not matter who it is, justice is justice.”

“No one is above the law,” added González, describing as “very important” in this case the recording of telephone calls from Pina Nieves, who was heard saying in one of them that she had guns and bullets in a house yours in the Caguas Real urbanization in Caguas.

These weapons were occupied for a FBI raid on April 1, 2020 at a residence in Pina Nieves in the Caguas Real urbanization of this municipality. Four days later, the The FBI also raided a gas station owned by Pina Nieves called Rogelio’s, located on Bairoa Avenue, in Caguas.

The defense raised in the final arguments that the weapons could have been placed in the house by another person, since in the trial they presented evidence that Pina Nieves was not the only one with access to the house or to the vault where the weapons were seized. .

The FBI raids came nearly three months after a shooting attack on a studio property of the music executive located in Caguas and occurred on the morning of Sunday, January 8, 2020. That same day, but early in the morning, the facade of the Puerto Rico Coliseum was also shot at where Daddy Yankee, international artist and partner of Pina Nieves , presented a concert as part of a string of more than 10 performances at the venue located in Hato Rey.

Pina Nieves pleaded guilty to bank fraud in 2015 and was sentenced to two years of supervised release in January 2016.

Son of the late and well-known businessman and promoter of the tropical music industry, Rafael Pina Gómez, the owner of the record label Pina Records is a renowned producer and manager of urban music artists, and partner of Daddy Yankee, who in his more than 20 years in the urban music industry he has worked with artists such as Don Chezina, RKM & Ken-Y, Nicky Jam, Lito & Polaco, Plan B and Natti Natasha, who is also his partner and mother of his youngest daughter.