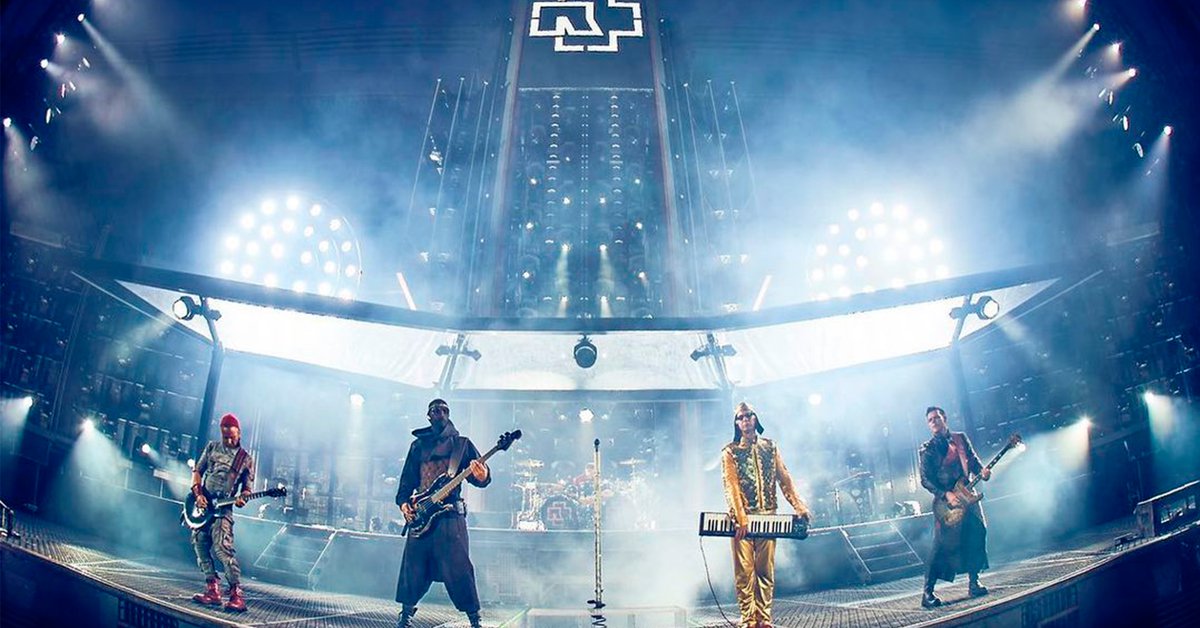 The industrial metal band, Rammstein, He anticipated the expectations of many of his fans and announced that his tour will resume in 2022. Meanwhile, the Germans will have an additional day of concert in Mexico and gave details of the presale. The event will take place in Foro Sol the first, second and fourth of October of that year.

Due to the pandemic caused by the coronavirus, the tour they had planned in 2020 had to be canceled. Now the news in networks stands out for being one of the first bands to announce their return to the stage. Those who bought tickets for that tour will not lose their investment.

For the fans of the band it is great news, as they have always had the affection and good reception of Mexicans. For 20 years they’ve been putting on sold-out shows, and their colorful and elaborate plans that include pyrotechnics never disappoint.

The interpreters of Engel, Du hast and Amerika, They have established themselves as one of the most popular bands for their anti-capitalist empire message, of controversy on gender and sexuality issues, they have even filmed pornographic scenes for their video clips.

One of his controversies before the pandemic was when Richard Kruspe and Paul Landers, the guitarists of the German band kissed each other during a recital in Moscow to protest against Russian laws that violate the rights of the LGBTI community. This in 2019.

Meanwhile, the organizers of the concert, that is, OCESA, gave more details about the event in a statement. “The tour originally scheduled for the September 26, 2020 will be held on October 1, 2022 and the show of September 27, 2020 will be held on October 2, 2022 . In addition, to the approval of his followers, a new concert opens: October 4, 2022 . The locations for the latter will be in Citibanamex presale the may 27th and the general public from the day 28 .

“All tickets purchased will be valid for the new dates, so no changes are necessary. Thank you for keeping them. RAMMSTEIN Y OCESA offer their sincere apologies for this situation and thank in advance the understanding and solidarity of their audience. We are working to plan a safe return to the best of live entertainment. “

It should be noted that they chose Mexico to end the tour they have scheduled. This, according to his followers on social networks, promises to be one of the best shows they can offer on the tour. This could cause tickets to sell out in record time. Meanwhile, OCESA shared the poster with the place and date of the functions.

Rammstein and all his concerts in Mexico for 20 years
German band Rammstein broke sales record with their latest album: 260,000 copies in less than a week