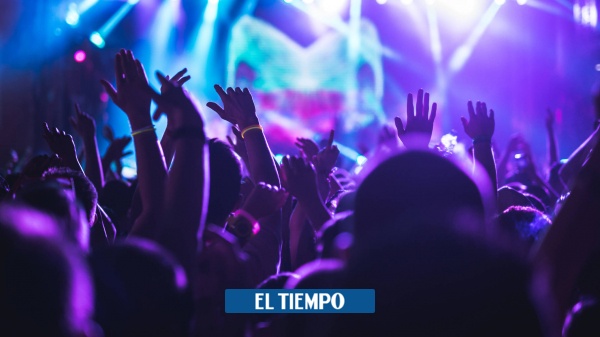 The concert had the participation of national and international artists.

The concert had the participation of national and international artists.

Attendees at the event reported the incident. Organization ensures that there were no injured people.

A pitched battle of chairs took place for a moment during a popular music concert on Friday night, August 20, at the Baseball Diamond.

The incident would have occurred between a group of people which were controlled by police officers and security personnel from the event.

(You may be interested in: Footballer Juan Fernando Quintero put his style to reggaeton in Cali)

Through social networks some videos were viralized in which a pitched battle is observed that included attacks with chairs and bumps hands in the box sector during a popular music concert.

The organization of the concert assures that an incident occurred in zone B during the presentation of El Fantasma, among a group of young people who they tried to attack each other and then they threw chairs for about a minute or so.

“The situation was controlled by police officers for about two minutes,” indicates the organization of the concert, and they assure that “that happens in any type of event where there are intoxicating drinks”, but that the important thing “is to control it in time to avoid damage, and fortunately there were no significant damages or injuries. “

(You may be interested in: Be careful: there will be a 10-hour closure on the road from Cali to Jamundí)

However, they do not assure that the incident to which they mention be the one in the video and it could be due to another event that was not in Cali. Some of the attendees even comment that the song that appears in the video was not sung by El Fantasma.

– Ospina, amid controversy over the situation in Cali and the Afghan community