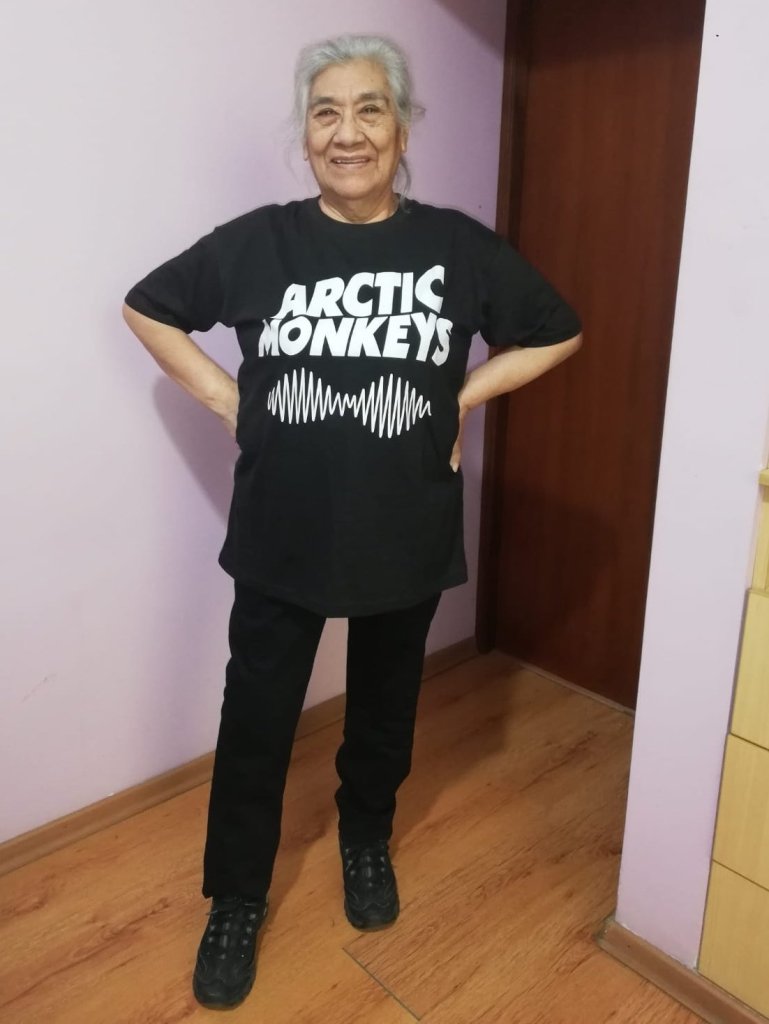 At last! It took three years and a pandemic for Arctic Monkeys to return to Latin America. But the wait was worth it because the band visited several countries in the south of the continent, such as Brazil, Paraguay, Chile, Colombia and they will close this mini tour with a presentation that excites us a lot at Corona Capital 2022 in CDMX. However, at the concert they gave in Peru, a rather special moment occurred that featured auA granny who boasts of being the number one fan of Sheffield on that side of the world.

It turns out that On November 15, Alex Turner, Matt Helders, Jamie Cook and Nick O’Malley played at Arena 1 in Limain front of a lot of people who sang all his classics and the songs from his most recent record material, The Car. But among all the people who gathered at the show was Mrs. Celia, who despite her age and other things, had the opportunity to see the Artimonki live and in full color –as the chaviza says– and boy did he have a good journey.

You can also read: The dream: Partner commits in full concert Arctic monkeys

This granny was at the Arctic Monkeys concert in Peru and

It was through a Twitter thread where a user named @itsarilu was in charge of tell us about the experience your grandmother had at the Arctic Monkeys concert in Peru. It all started the day of the show, buying him a t-shirt with the art of AM so that he would have the right outfit. But later He threw himself into the sand with his daughter, with whom he waited a long time to be let in.until finally –due to her condition– they gave her a place in the area of ​​the venue reserved for people with disabilities, where you could tell she was very excited.

The concert began and Interpol was the band in charge of opening the presentation of those from Sheffield in Peru, but at that moment Mrs. Celia was out of the loop, because they did not turn on the screens to see Paul Banks and companyand she, as a good fan of the Artimonki, realized that was not Alex Turner’s voice (although yes, it seems that he liked the presentation of the New York group). After that came what she had been waiting for so much, to see her favorite band and if something became very clear to us –thanks to the videos– it is that she had a wonderful time.

Although we already said it before, that she is a super fan of Arctic Monkeys, this granny was waiting for a specific part: for them to play “Arabella” and fortunately, that wish came true. In addition, she was moved and raised her arms when “Crying Lightning” was released, since she is one of her granddaughter’s favorite songs. In the end, mom Celia left us a great message “the love for music has no age” and he’s absolutely right (he also mentioned that Alex is his grandson, hehehe). And you, are you ready to see the band at Corona Capital 2022?

Raffle! Granny throws herself into the Arctic Monkeys concert in Peru and it looks like she had a blast