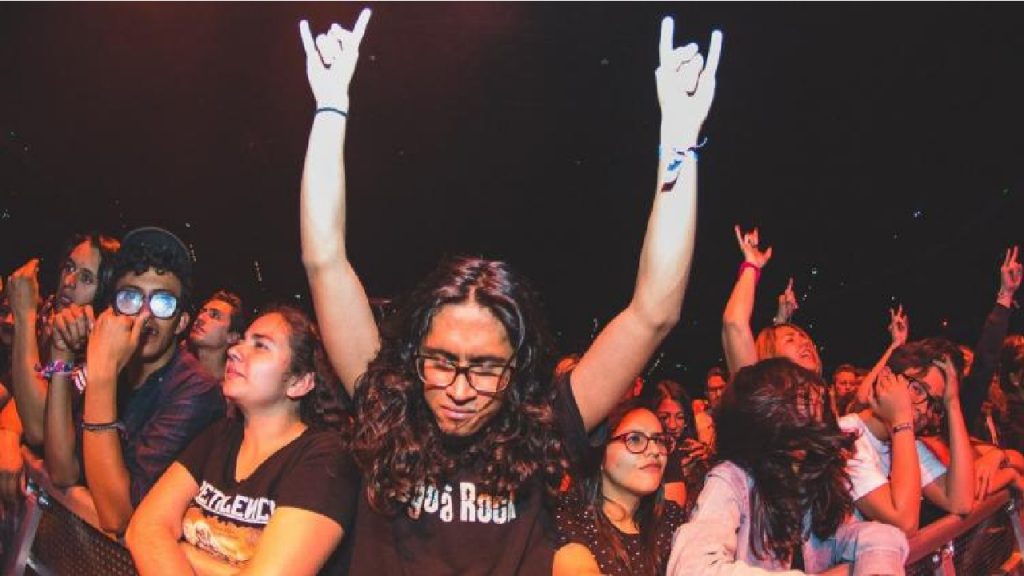 One of the most awaited moments for Radionica listeners arrived. The concert Radionica 2022 Rebel Nation promises to be unforgettable.

14 years later and the magic lives onthat unique connection between the attendees and the national and international talent with the artists that this edition brings.

And since in each version there is a story to tell, this 2022 is the turn for Rebel Nation, Or better yet, as Álvaro González ‘el profe’ says, “it is to go back to the base again, look each other in the eye, be able to hug each other and pay homage to the only Colombian band from the 60’s that is still active”.

“We give a lot from something much simpler and more impressive, I think we are going to have 5 moments, which can easily be they will be news in Colombiaabout how emotional they are going to be”, ‘el profe’ referring to this year’s Radionica concert.

And since everything has to start at the beginning, Álvaro González, better known as ‘el profe’, is the director of Radionica and has been part of this important station since 2005: «I was fortunate to arrive here and be in the first steps of Radionics”.

But and why do they call him ‘el profe’ some time ago there was a commercial station 88.9 for a program called The spanish class’ and Andrés Durán, who is also his partner at RTVC in Radionica, baptized him that way.

“It is very curious because I have never liked teachers Many of the nightmares of my life have been with certain things in education. I have a lot of respect for the teachers and the teachers and I stayed ‘the teacher’ is quite paradoxical”, he added.

Where did the idea of ​​doing a Radionica concert come from? “It was basically born from a publication that we made in 2008, which was the Radionics volume 1 was a CD compilation, which even had what was like the first radiolith figure and this product was made from the RTVC record library back then”.

After going to several festivals and a big combo, as ‘el profe’ says, “we sat down and thought that it should have a kind of promotion and we realized that we could have the possibility of also having a musical sample”.

During these 14 years they have filled the half cake several times and in the movistar arena “it was the first station that did a pogo in the history of the Movistar Arena”.

In the words of “el profe” the challenge for this 2022, Rebel Nation, is to have a more intimate version in a smaller space after coming from larger audiences but what it means for RTVC Nación Rebelde “what is going to be without a doubt and a great repertoire is going to be an epic and historic moment”.

This change of location of the half cake, to the Movistar Arena and now to the Jorge Eliécer Gaitán is going to have four lines of work, one of the four is Rebel Nation, the other three, they will be published later, as stated by ‘el profe’.

As ‘el profe’ says, “The first times are always going to be very important” although the first concert was not filled with 1,200 people, “but it was emotional, the first time the half a cake like in 2011 something very beautiful happened”.

And he reiterates “No one believed that we were capable as a public medium to the extent that our artists are independent, including international ones and we fill it”.

It may interest you: RTVC Rebel Nation: the history of alternative music in Colombia

And it is not for less in this version there is magic! “On September 17, 1988, the concert of Bogotá concerts in harmony was held on a Saturday at the El Campín stadium. 35 years later, on the same date, we are going to do the concert Radionica, the rebel nation,” said ‘el profe’, very emotional.

The Radionica concert and the representation of women:

For ‘el profe’, the sound market, both in terms of composition and interpretation, is very sexist in the case of Colombia “there is something completely strange because the artists who have made the leap from quality to Colombian music have been women”.

One of the most remembered concerts is the one at the Movistar Arena where he had eight artists, six had women “I think we have had a much higher percentage than many other festivals” added ‘the teacher’.

And he reiterated that this good representation is present in the Radionica concerts, for example, the voice of the group Kraken is now a woman, in Spectro de la Rima it is a woman and as “Spoiler, in the band Nación Rebelde there are four singers and songwriters.” 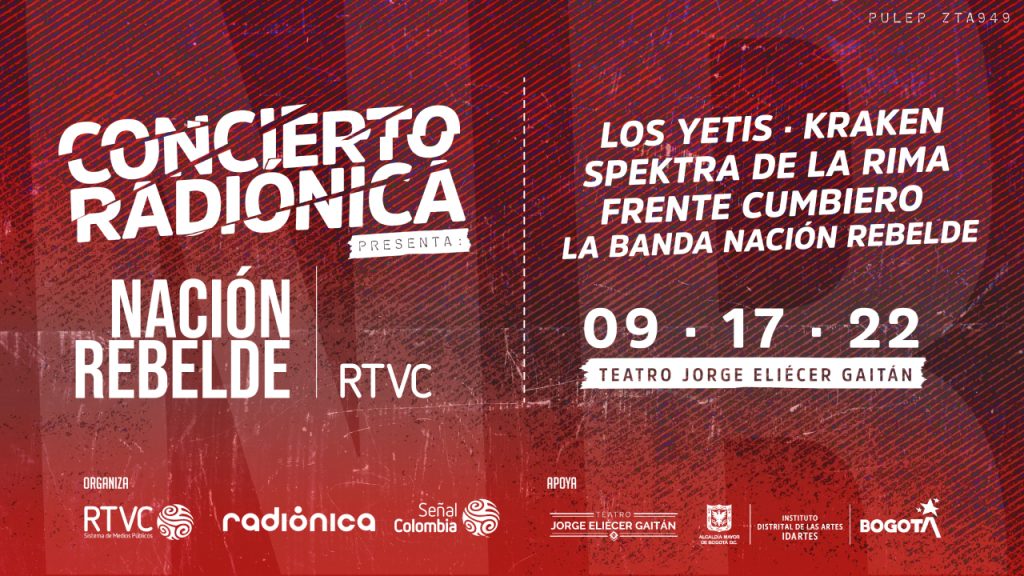 The Jorge Eliécer Gaitán opens its doors to bring together five major groups on September 17:

Radionic Concert 2022 through the voice of ‘El Profe’