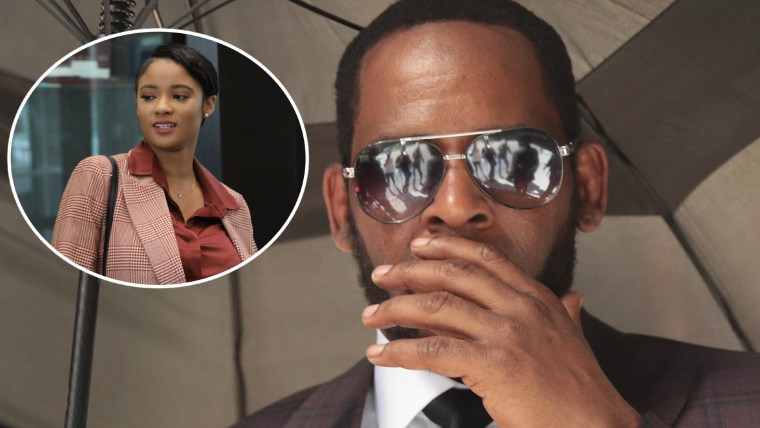 R.Kelly was sentenced to 30 years in prison for sex trafficking on April 29, after long months of legal trials, but recently a letter written by Joycelyn Savageone of the alleged victims of the singer, in which he points out that all the accusations are false and that they are committed.

The letter obtained by ‘E! News’ is dated June 13, almost two weeks before the music producer also received the final sentence from him, although R. Kelly has been convicted since September 2021 for a case of organized crime and sex trafficking.

However, despite the fact that the letter and other alleged evidence was presented, a federal court in Brooklyn, New York, charged the accused star with nine charges, among which are: organized crime, bribery, coercion, seduction and sex trafficking. .

Given this, the letter mentions that she and the R&B singer are engaged and explains that all the accusations are false, so the court is asked to issue a more comprehensive prison sentence in her case.

“My name is Joycelyn Savage and I am the fiancee of Robert Kelly,” began the letter that was presented by the defendant’s legal team. “I am writing this letter in support of Robert prior to his sentencing, so that I can explain to the court that I am not the victim that the government has presented to me,” she continued.

Throughout the text, Joycelyn explained that her relationship with the musician was “incredible” because he was “the best thing that ever happened to me” in her life because they had “a very special connection and we are deeply in love.”

“Robert is not the monster the government has portrayed him to be. The Robert I know is very sweet, gentle and kind,” she wrote in the letter. “He is very determined and focused on his goals, and the things that have been said about him, me and other women being held against our will are absolutely untrue.”

To end the letter, Savage, 26, stated that “it breaks my heart that the government has created a narrative that I am a victim”, since she considers that “I am an adult woman and I can speak for myself, that is why I wanted to send this letter to the court.”

“[Kelly] he is a great man with a big heart and he deserves to be home with his loved ones who are ready to support him.” In addition to the 30 years in prison he will have to pay, Robert Sylvester Kelly received five years of supervised release and a $100,000 fine.

For its part, Gerald Griggs, The attorney for Joycelyn Savage’s parents told ‘TMZ’ that the family was unaware of the alleged engagement, as she never told them, even though she ran away from home in 2016 to be with the famous man.

The lawyer explained that the young woman met Kelly in 2015, when she was 19 years old and wanted to be a singer. A year later, she went to live with the star. Now, the family seeks to meet with her daughter to talk to the young woman and learn the whole story, since she doubts her supposed commitment.

MORE TO SEE: R. Kelly must remain in jail in times of coronavirus

R. Kelly is engaged to Joycelyn Savage, alleged victim of the singer

The best moments of GOT7 in Mexico during their concerts
Rosalía and Rauw Alejandro confirm their relationship: kiss included!
Who is Dimash Kudaibergen, the Kazakh singer that Agoney imitates at the end of 'Tu Cara Me Suena'?