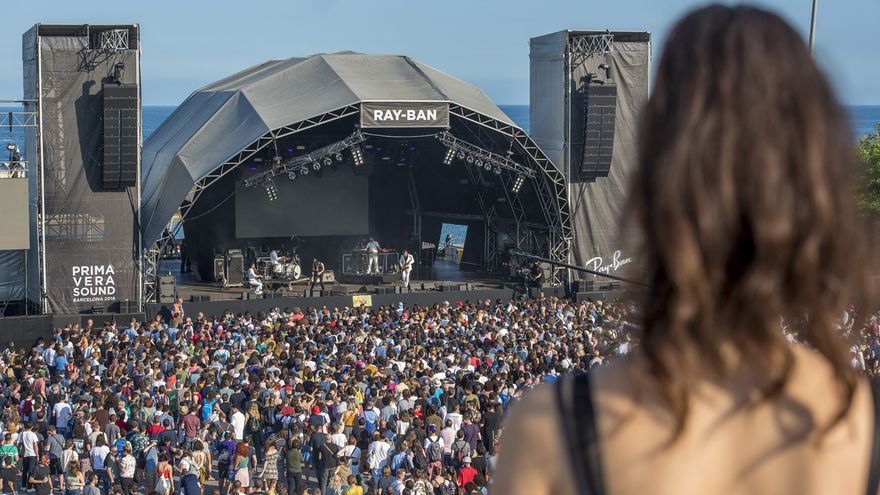 The Primavera Sound monster in two data, from the organization: in 2019, the last edition of the musical show due to the pandemic, the festival attracted 220,000 people and had an economic impact on Barcelona of 120 million euros. No longer data but forecast: in 2022, with a double-weekend edition, from June 2 to 12, The appointment expects that this impact for the Catalan capital will amount to 300 million euros.

The problem is in 2023 and onwards. Primavera Sound wants to consolidate the expanded format of 10 days and the Barcelona City Council has it under study and negotiates with the company.

The negotiations reared up on Thursday as a result of the statements of Gabi Ruiz, one of the directors of Primavera Sound, to ‘La Vanguardia’. Basically: “If the city council does not want our festival model, we are leaving.”

Jordi Martí, Councilor for Culture, Education, Science and Community of the Barcelona City Council, came out against the threat of Ruiz. Despite using a conciliatory tone and highlighting that Barcelona and Primavera Sound are “A success story”Martí pointed out that “you cannot work with ultimatums,” that’s how he understands Ruiz’s statements.

The councilor pointed out that for the 2022 edition of Primavera Sound, an agreement was reached that the event would be held from June 2 to 12, two weekends included, because the consistory was aware of the “bump” that the covid has meant for the musical sample. However, according to Martí, it is “a highly complex gear that needs adjustments so as not to cause damage to the residents of the Forum and to the residents of Barcelona”, which is why the extension to 2023 of the format is being negotiated with Primavera Sound. two weekends. There are issues of mobility, security, cleanliness and social return to the city on the table. A table on which, in the opinion of the council, Ruiz gave an untimely punch. The city council has contributed 832,000 in grants to Primavera Sound between 2016 and 2021, according to municipal sources. The Generalitat, for its part, contributes 180,000 euros to Primavera Pro, the professional fair of the shed.

Martí was “convinced” that solutions will be found so that the relationship between the city and the festival can continue “for many years.”

The councilor understands that the business of live music on a global scale is “very complicated”, with struggles for “great artists and great patrons,” but he called on Primavera to speak it “slowly” and not with “effusiveness.”

Martí stuck out his chest: “This city is demanding because it contributes a lot to festivals, in the same way that festivals contribute a lot to the city.” For the councilor, Primavera Sound is unimaginable outside of Barcelona, ​​because the Catalan capital is part of his artistic personality.

«The grace of our great festivals [Sónar, Primavera Sound y más recientemente Cruïlla] it is that they are within the urban fabric, intertwined with the city, and this requires efforts by all parties. It is not a festival fallen from the sky but one born from the local fabric.

The other great festival of the Forum, the Cruïlla, He claims to have “fluid contact” with the city council, its director, Jordi Herreruela, explains to this newspaper. “And my feeling is that this is also the case with Primavera, Sónar and the other festivals in the city,” he adds. This exhibition created in 2008 is now “in the process of building the 2022 edition” and does not make any specific demand to the Barcelona city council, reports Jordi Bianciotto.

The Cruïlla pays annually to the town hall, to occupy the Parc del Fòrum, “Between 225,000 and 250,000 euros” (a third corresponds to space and the rest to services). This rent may vary from one festival to another depending on the area occupied and the services contracted. “I have no news that the conditions are going to change beyond the annual increase in the CPI”, points out the director of the festival, who, regarding the fit of the festivals in the Forum, observes that “there is a tension with the neighbors, because there is a lot of activity that ends up there, and it is difficult to establish the balance between having a cultural activity and the impact on the environment.

On the contrary, Primavera Sound, in the words of Gabi Ruiz, affirms without providing specific data that the city council has multiplied the Forum rent by 17 for 2022. According to municipal sources, the rent of the space in 2019 was 83,000 euros for all days, and 2022 is being negotiated. The Primavera Sound It reaffirms that by 2022 they have been proposed to multiply that amount by 17. Total: 1,411,000 euros.

Sónar, when asked about this newspaper, did not want to comment on the disagreement or on its relationship with the city council.

“We are in a desperate situation – alleges Primavera Sound -, in which we have been waiting months for a response, positive or negative, from the city council on whether in 2023 we will be able to repeat the double-weekend format.” And the company continues, in which a percentage has not been disclosed by the US investment fund The Yucaipa Companies since 2018: «This situation of uncertainty has made us consider the possibility of moving Primavera Sound to another city, be it Spanish or European, in 2023. It is necessary to remember that a festival of our category works 20-30 months ahead and 18 we still have no answer. It is very difficult to plan the future of the festival without the certainty, let alone complicity, that Barcelona wants to host this format ». As a final duelist: “If Barcelona doesn’t want us, we don’t see the point in staying here.”

The possible move of the city challenged by Primavera Sound has a drawback in Madrid if it were chosen: it is called Mad Cool, a festival with a not very different profile and that in 2022 will be held from July 6 to 10.

The Gremi de Restauració de Barcelona has complained to the city council a “clear and firm” commitment for the continuity in the city of Primavera Sound. The influential lobi has expressed in a statement his “concern” about the possible escape of the musical appointment.

Primavera Sound gives a pulse to the Barcelona City Council