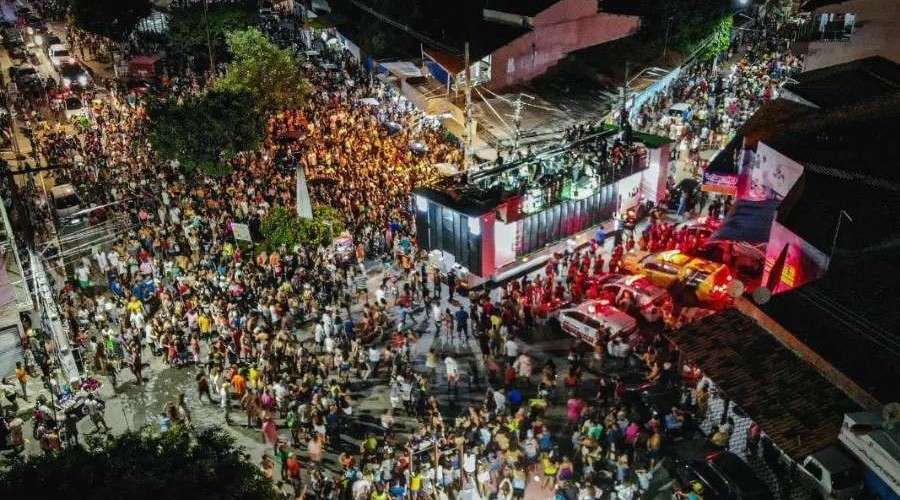 On April 16, Fr. Lídio José Torres, parish administrator of the Santo Amaro parish, in Paripueira, state of Alagoas (Brazil), asked the police for help to stop a concert that interrupted the celebration of the Mass on the night of the Easter Vigil.

Father Torres recorded a video of the moment he went to speak to the police to request that the concert of the É o Tchan band, which was taking place after hours and had delayed the celebration of Mass on the night of Fr. the Vigil Paschal.

The concert, which gathered a crowd of people, was performed on an electric trio – a special truck that serves as a stage for music bands and is commonly used in festivals in Brazil – during an out-of-season carnival near the parish.

I’m going to the trio [eléctrico] now they want to interrupt our Easter. I would ask for your prayers,” Father Torres said at the beginning of the video. Then, the priest approached the Military Police and asked for help to be able to celebrate the Mass.

The celebration of the Eucharist was scheduled for 8:00 pm, but at 8:40 pm the electric trio was still on the street where the Santo Amaro parish was. Due to this, some faithful who gathered to participate in the Mass began to leave the church.

At the end of the video, Fr. Torres asked for “respect for the Catholic community” and regretted having to keep the faithful waiting for this unexpected situation. “We needed to be able to say something. How long would you be waiting here with more than 500 people to celebrate the Easter?”, said.

On April 18, Fr. Lídio Torres published a note of clarification on the parish’s social networks and said that when he found out about the concert, he sought out the mayor to talk about the “difficulties that the event could cause to the Mass of the Easter Vigil. He pointed out that it was decided that the show would end at 7:00 pm, but this did not happen.

The priest He said that after failed attempts to contact the mayor, “there was no other alternative than” going to talk to the Military Police.

“At the request of the Catholics and pressured by the cancellation of the Holy Easter Vigil, police support was requested for the dialogue, since, as reported, the band did not know the closing time of the presentation,” he said, specifying that the problem was solved.

The Municipal Prefecture of Paripueira said that the concert was delayed due to a problem with the electrical trio, but that as soon as the priest contacted the organization, the event was closed.

In addition, he stated that “the necessary precautions were taken to avoid any inconvenience to the church and the faithful.” The prefecture pointed out that “it offered the entire structure (such as tents, sound, lighting, etc.)”.

In his note, Fr. Torres clarified that the local municipality supports the parish in carrying out its activities, especially “for the staging of the Passion of Christ and the celebration of festive solemnities.”

For this reason, the clergyman stressed that the statements indicating “that the municipal administration acted deliberately to the detriment of the Holy Week festivities” “do not correspond to the reality of the facts.”

“The parish understands that it is the function of the manager to balance the interests of the population, entertainment and the exercise of worship. And it was precisely so that the right to celebrate the cult would be respected and to assert the support of the city council -in the conciliation of both facts- that the parish of Santo Amaro acted, ”he said.

For his part, Msgr. Antônio Muniz Fernandes, Archbishop of the Archdiocese of Maceió, to which the parish belongs, published a note in which he described the event as an “affront to the Catholic people.”

The Prelate lamented “the total affront to the Catholic people and the churches perpetrated by the municipal government of Paripueira, by promoting the carnival out of season, precisely in the Holy Week of Christians.”

“Surely the same public and political men and women who authorized this event and so many others like it will come to our doors to ask for votes in the next elections. We will know how to respond with the help of God and the guidance of the Church to this vile and cowardly attitude”, concluded Msgr. Muniz.