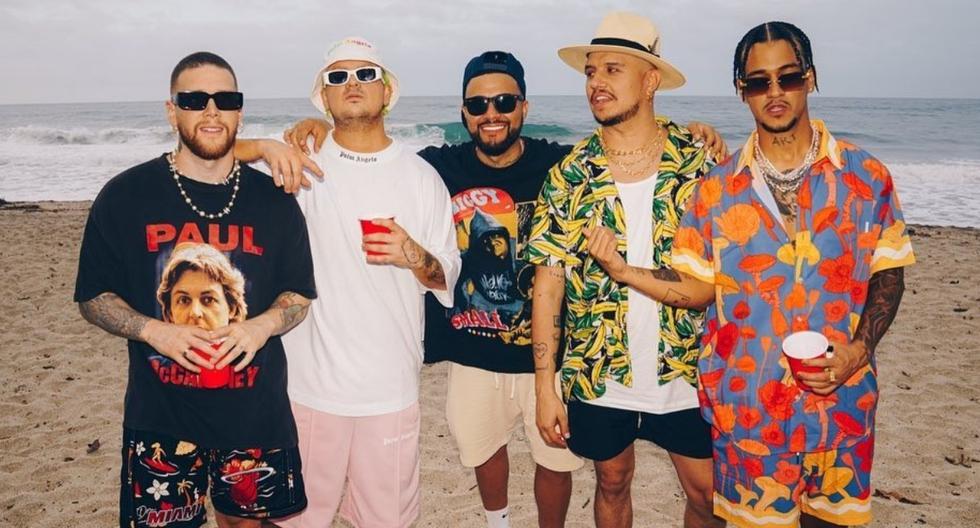 Floor 21 will be the main attraction of the Tampico Fair 2022 in Mexico. Through a press conference, Michelle Rivera, representative of Espectaculares García, made the band’s arrival in Mexico official to celebrate the 199th anniversary of the founding of the city. She knows all the details in the following note.

“We wanted them to be remembered as the best in history. From the beginning we had contemplated putting together a spectacular closing, the negotiation was very easy despite the fact that it is a group of international stature”, Rivera stated.

The Colombian group’s concert is expected to exceed the record obtained by Danny Ocean at the Tampico Fair, which brought together 26,000 people during his presentation. At the moment it is known what the setlist of David, Lorduy, Juan Pablo and Llane will be.

When will Piso 21 be presented at the Tampico Fair?

Piso 21 will offer a concert next Monday, April 25 at the Teatro del Pueblo of the Tampico Fair to close the event.

How much do tickets cost to see Piso 21 at the Tampico Fair?

The entrance to the Tampico Fair has a price of 55 pesos. Although Piso 21 will be presented at the Teatro del Pueblo, which is included in the cost of tickets to enter the event, the organizers of the April Parties will offer public access to Zone Zero, VIP and Gold.

How to buy tickets for Piso 21 at Feria de Tampico?

Both the entrance to the fair, as well as the tickets for public access to the concert at Piso 21 can be purchased on the page masboletos.mx or at the Expo Tampico ticket offices. Until the moment the note was written, the option to choose Ground Zero, Vip and Gold had not been activated.

Piso 21 is a reggaeton and pop boy band created in 2011 and its members include David Escobar Gallego, Lorduy, Juan David Huertas, Pablo Mejía and Llane.

His discography includes the albums “21st Floor”“Ubuntu”, “Love in the times of perreo”, “Songs that marked us” and have collaborated with artists such as Maluma, Pablo Alborán, Paulo Londra, Manuel Turizo and more.

Piso 21 at Feria de Tampico 2022: tickets, price and dates of the concert at the Teatro del Pueblo