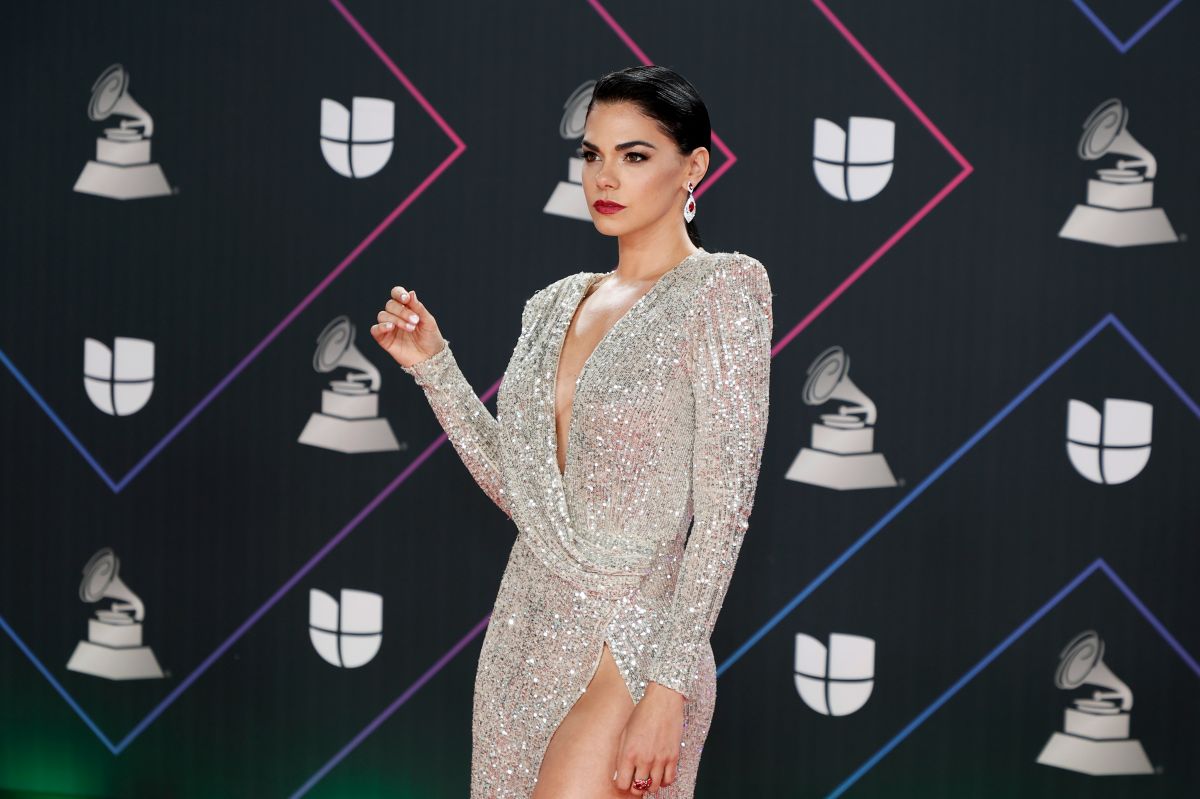 The red carpet of the Latin Grammy It was packed with various artists who managed to set trends with their spectacular outfits. One of these celebrities who revolutionized an ostentatious look at the 22nd edition of the awards ceremony that honor the best of Latin music was Livia Brito, the Cuban actress who has known to inscribe his name in the Mexican scene due to all the telenovelas in which she has participated, but the most popular is her role as Fernanda Linares in the telenovela of Televisa ‘The Heartless’.

Livia Brito captivated all the photographers on the carpet of the Latin Grammy 2021 with a beautiful silver low-cut dress covered in glitters, which was made by American designer Michael Costello. The singer also wore her sexy figure with this dress full of sequins where she left more than one cameraman with their mouths open and made the actress take all the glances and the spotlights.

The silver low-cut dress with sequin embroidery that Livia Brito wore during the 22nd edition of the Latin Grammy has a cost of $ 114,675 thousand Mexican pesos and this outfit can be customized to suit each individual. Likewise, such clothing can be purchased at the official website of designer Michael Costello.

Livia Brito was in charge of presenting the nominees competing for the ‘Recording of the Year’ award together with the Mexican singer Jesús Emmanuel Arturo Acha Martínez, better known in the artistic scene as Emmanuel. Both celebrities announced the winners of this award during the stage of the 22nd edition of the Latin Grammy, which were Caetano Veloso and Tom Veloso for their theme song ‘Maybe’.

Photos: this was the luxurious silver dress that Livia Brito wore at the 22nd edition of the Latin Grammy