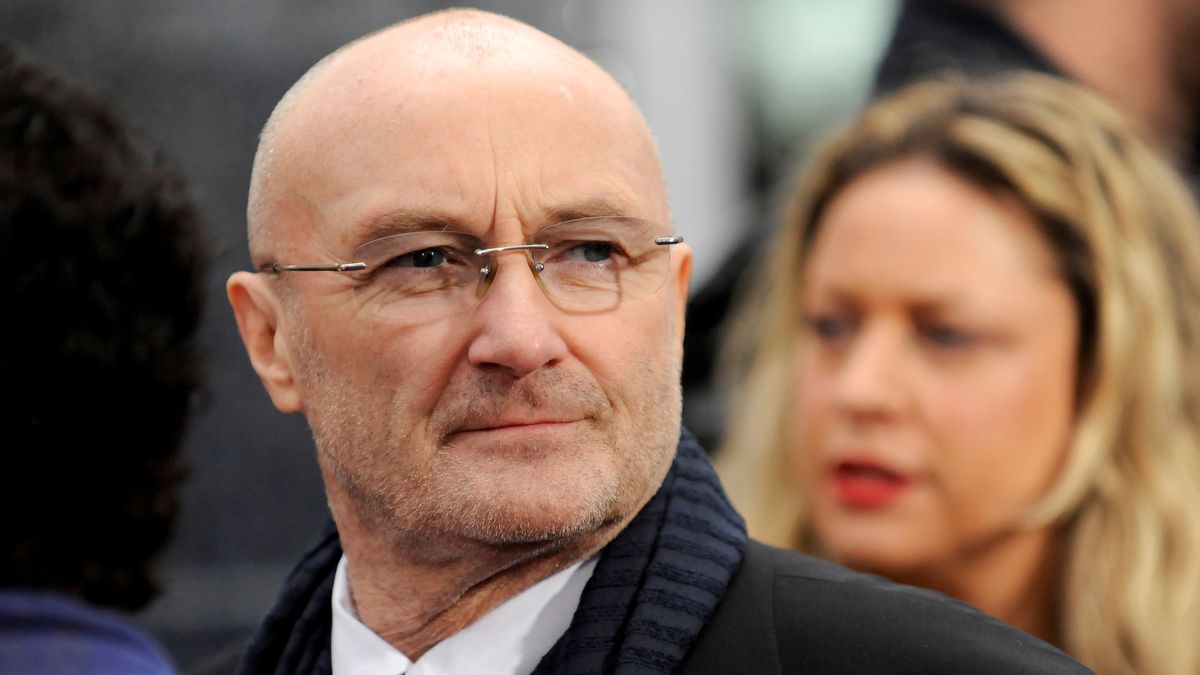 The health problems of Phil Collins they have been able to with him. The 70-year-old musician has confessed in an interview for the BBC who can barely hold the drumsticks he once played alongside the band Genesis, and later solo. “I would love to, but there are certain physical barriers that prevent me,” he declared.

Collins has opened up about his physical condition in an interview he has given to promote the Genesis tour of the United States, which will begin on November 23. The drummer is “frustrated” not being able to do what he does best after 13 years since his last concert with the band. “I am very sorry because I would love to be there, playing with my son,” he said. This time it will be Nicholas Collins, 20, who will accompany Tony Banks and Mike Rutherford on their father’s behalf. However, according to the British magazine NME, Collins could go on stage just to sing.

The tour was announced in March 2020 on the occasion of the band’s 40th anniversary, but postponed due to the outbreak of the coronavirus pandemic that same month. A tour that promised fans the return of the drummer to the stage, which he had not stepped on with his bandmates since 2007. Already then he spoke about the confidence he has in his son as a musician: “When he wants, Nic can almost get to play like me. I am one of his many influences. He knows how to do it well and has practically the same attitude as me, and that’s a good start ”, he assured. A family relationship that is far from the one you have with your daughter Lily Collins, the successful actress who stars in the series Emily in Paris So what she secretly married her fiancé Charlie McDowell a few days ago.

The young woman assured in a interview for EL PAÍS in 2017 That his father never helped him reach his goals: “He never called a producer, a director, an agent, anyone. It was my mother who put the best of golden Hollywood in my head, “he said referring to Jill Tavelman, with whom the drummer was married until Lily was five years old. That’s when it leaked into the papers that the rock star had left Tavelman for another woman via a fax he sent to his Sussex home: “I’m so sick and tired of your attitude, Jill. I won’t be back on Thursday. I don’t expect you to like anything that happened, of course not. It is you who must feel offended that you should choose to be with someone else. You’re the one with the damn problem. I am in love with Orianne and I want to be with her. I love my daughter and will fly over to see her when she has a day off during the week. This at least keeps us all as happy as possible, given the situation. ” He later argued that he sent the text to his wife because she did not pick up the phone. However, the damage was done. Not only did it mark a before and after in the relationship with his daughter, but it also caused the sales of his records to suffer.

Although the absence of Phil Collins made a dent in the actress’s childhood, she says in her book Unfiltered: No Shame, No Regrets, Just Me (No filters – no shame, no regrets, just me) who does not feel resentment: “I forgive you for not having been when I have needed you and for not being the father I was expecting. I forgive you for the mistakes you have made and, although it seems that it is too late, it still is not, ”she wrote hopefully.

The musician, who joined Genesis in the 1970s, is unsure whether he will perform again after the upcoming scheduled tour ends. “We are all of an age now and I am not sure if I want to tour again.” Despite the fact that his partner Rutherford dropped in 2017 that the band could reunite for the 50th anniversary of the group, Collins is not so clear.

It was back surgery that the Briton underwent in 2015, which he reported in an interview for Billboard in 2016 that he had sustained nerve damage and had multiple fractures to his foot. His professional life was beginning to falter. “I don’t know if I’ll ever be fit enough to play drums again. My left arm has changed, it’s a matter of nerves. The back surgery I underwent was excellent and I had no problem, but then, when I was recovering with crutches, I fell and fractured my foot, “he explained, assuring that, even then, it was difficult for him to walk.

After his recovery, he suffered a serious fall in a hotel room where he was staying in 2017, where he hit his head on a chair. After receiving points, he recognized for the second time that his physical health was beginning to deteriorate.

Collins began his career doing progressive rock with Genesis, but later became a solo artist. He went on to win a total of eight awards Grammy and had a successful career that lasted into the eighties and nineties, with songs known worldwide as You Can’t Hurry Love and Another Day in Paradise.