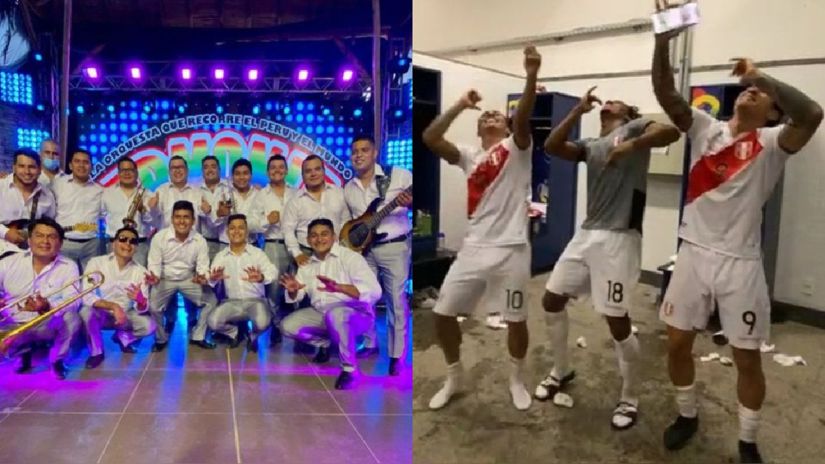 Yesterday, July 2, the Peruvian Selection celebrated his victory against Paraguay and some players danced to the rhythm of “The Brewer”, by Harmony 10. In the team’s dressing rooms, Christian Cueva, Gianluca Lapadula and André Carillo they danced to the famous cumbia song during a live broadcast on Instagram.

The Peruvian Selection defeated Paraguay in the penalty shootout after drawing 3-3 in regular time and last Friday, July 2, they achieved their qualification for the semifinals of the America’s Cup 2021, where he will face Brazil.

The celebration of Peruvians – viralized on social networks – was also seen by Harmony 10 and the group dedicated a message to congratulate Peru’s victory to reach the semifinals of the Copa América 2021. In addition, it invited the players to participate in the first face-to-face concert when it is possible to hold these events.

“We are in the semifinals, PERU! This is how the Peruvian National Team celebrates it to the rhythm of “El Cervecero”. When there is date for the first face-to-face concert of the very first Harmony 10, approved by the Peruvian government, everyone is invited. THANK YOU BOYS! ”They wrote from their official profiles on Facebook and Instagram.

At the beginning of this 2021, Harmony 10 was the center of a controversy when announcing the first face-to-face concert of the year in the middle of the COVID-19 pandemic. Given the criticism they received for the prompt organization of the live presentation, the northern orchestra gave up on going ahead with the proposal.

The event was to be held at the country restaurant “El remanso”, located in the district of Comas. “All this was before the second wave, but when it came, the mayor of Comas did not want to risk the population and said ‘No’ to the representative of the restaurant and there was controversy with it,” said the director and general manager of the orchestra , Walter Lozada.