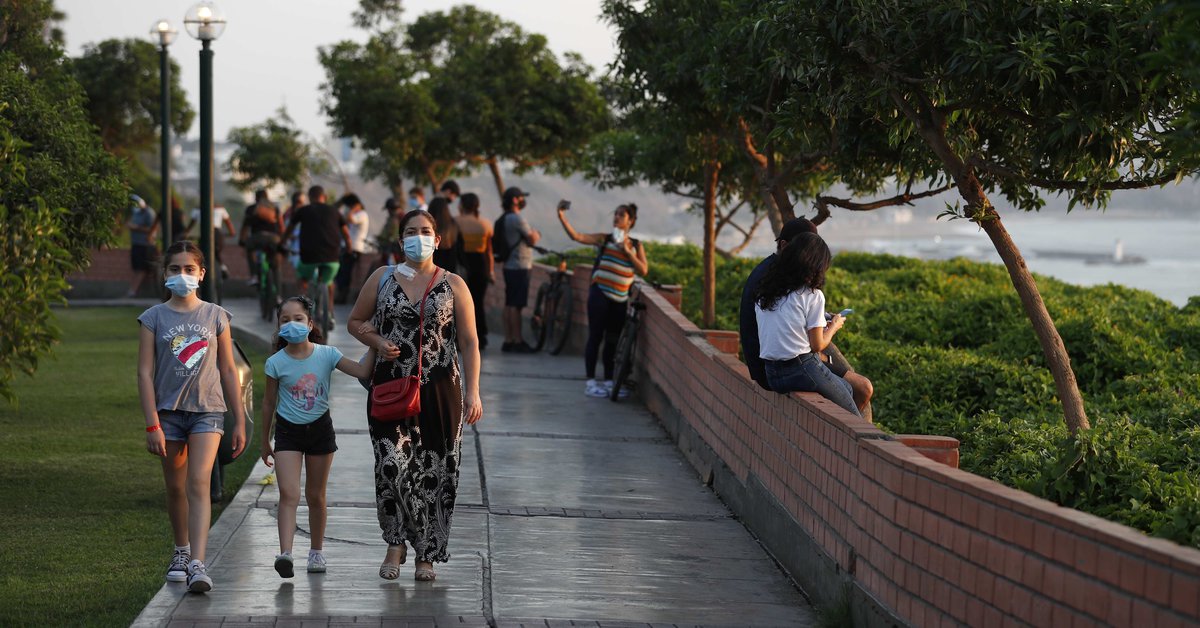 
Peru will promote the holding of a first pilot concert in Lima, outdoors, with limited capacity and biosafety protocols in order to promote the reactivation of the music industry affected by the coronavirus health emergency.

Through a statement, The Ministry of Culture reported this Saturday that it is working to identify a suitable space in the capital of the country to develop the first musical show with the public since the arrival of the covid-19 in March 2020.

This cultural event, still pending to be fixed on the calendar, will have the participation of various national artists of different musical genres.

The portfolio assured that The pilot test will be held outdoors and will comply with the allowed capacity according to the level of alert for the pandemic.

A recital from cars in Buenos Aires, amid the coronavirus pandemic (Franco Fafasuli)

In this framework, the head of Culture, Alejandro Neyra, met this week with a group of artists, producers and technicians linked to the national music industry and proposed the development of this activity, which he intends to replicate later in other cities of the country.

The objective, the ministry specified, is “Reactivate the music industry and, at the same time, preserve culture and entertainment, safely.”

In March, Spain ran a similar pilot test, organizing a recital for five thousand people at the Palau Sant Jordi in Barcelona where he played the group Love of Lesbian. On that occasion, the value of the ticket included the completion of a rapid test and a high-quality mask, whose use was mandatory.

People with masks at the reciral of the band “Love of Lesbian”, in Barcelona, ​​last March. REUTERS / Albert Gea

Peru on Friday extended its immunization campaign against covid-19 to vulnerable people, including psychiatric patients, and the age group between 65 and 69 years, at a time when Latin America is approaching one million deaths from the pandemic.

The 62 vaccination centers in Lima and hundreds of others in cities and towns on the coast, the Andean highlands and the Amazon jungle of the country, enabled immunization to the aforementioned age segment, in addition to other groups considered vulnerable of all ages. Among them, cancer patients, with organ transplants and “rare” diseases, reported the Ministry of Health.

Until this Thursday, only people over 70 years of age were vaccinated.

Under an unusual sun in the fall (austral), dozens of residents of the district of Miraflores, in the south of Lima, made line up in their cars on the soccer field of the Manuel Bonilla municipal stadium, located by the sea.

Until Tuesday, the number of infections in Peru totaled 1,897,900, with 2,455 confirmed in the last hours, while the deaths from the pandemic amounted to 66,770, with 299 more deaths compared to Monday. EFE / Paolo Aguilar / File


Besides who They received their vaccinations without getting out of the car, there was a separate line for people who came to the vaccination center without a vehicle. All were given doses of Pfizer and they were scheduled to receive the second dose on June 11.

“Today the vaccination of people with oncological problems, with mental illnesses, rare and congenital diseases, and with dialysis and Down syndrome. So this large group is getting vaccinated here and in other vaccination centers, “doctor Luis Llanos, manager of Human Development of the Miraflores municipality, told AFP.

With information from EFE and AFP

With what vaccines against COVID-19 will it be possible to enter Europe?
While the US and Chile have already vaccinated 60% of their population, the global situation in America is very different: only 3% received a dose