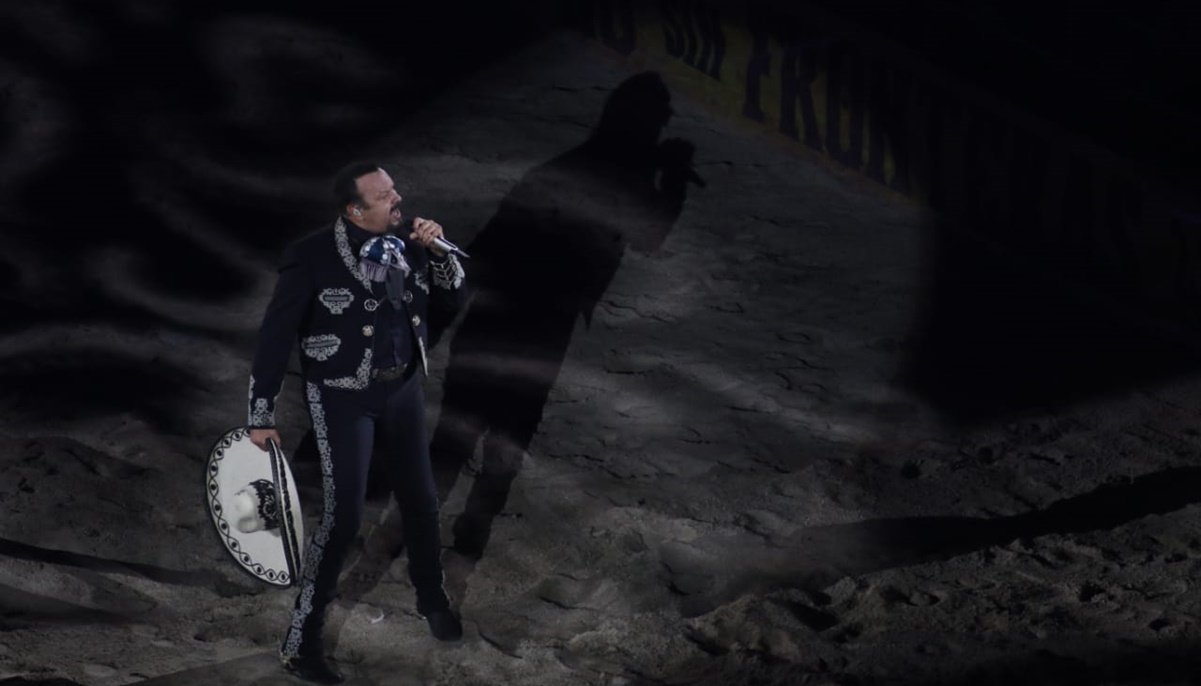 In his only presentation with a live audience in Mexico, Pepe Aguilar took the opportunity to pay tribute to Vicente Fernandez, who for two months has been hospitalized due to different medical complications.

The Aguilar family maintains a friendship with ‘El charro de Huentitán’, who is a contemporary of the patriarch of the dynasty, Antonio Aguilar and although in the past there was talk of a rivalry between both exponents of the song regional Mexican, Pepe not only sent a message of encouragement, but also sang two songs of the interpreter.

“I want us to unite in a single vibe and for it to reach Guadalajara so that very soon it will overcome this tremendous crisis that is happening on idol of Mexico. It goes for him, all the good vibes and this little tribute with a lot of affection “, expressed Pepe Aguilar before singing” Here between us “and” Too bad you’re alien. ”

It was the first massive concert in the capital of the country, which was attended by more than 17 thousand people in the Arena Mexico City, which has the capacity to host 22,300 spectators.

The tour entitled “Jaripeo sin Fronteras” was reactivated from confinement by pandemic on September 3 in California and will continue the rest of the year in the United States, to
return on March 12 and 13, according to Pepe Aguilar.

“May God fill us with conscience”, Pepe Aguilar

Although the temperature was taken at the entrance of the venue and antibacterial gel was applied, opinions were divided among the attendees about those who were satisfied with the measures and those who did not feel so safe.

“I have a two-month-old baby and we feel so secure that we could be without a mask,” said Esmeralda Bustos.

“At the last they didn’t even take our temperature and we went in without gel, but we bring our gel,” said Jaime García, who traveled from Morelos for the concert.

“I think that as at all times, the measures are lightened a bit, but I think that as far as possible everything is being taken care of to avoid contagion,” said Mariela Guadarrama.

In this regard, Pepe Aguilar said that after the pandemic She learned to value her life and, like the other hosts of the event, she appreciated the opportunity to reconnect with her Mexican audience, who sang songs such as “Caminos de Guanajuato”, “La llorona” and “Por mujeres como tú”.

“It has been a complicated year, we lost many friends, family, but we gained awareness of how fragile we are and how much we need each other. After this experience, I promised myself to be aware of every second that God lends me life and to thank him for being able to breathe and being with my family and I invite you to do the same because I know people who just started the world again. and there they go like crazy, as if nothing had happened. I believe that something did happen and that God bless us all and that God fill us with conscience ”.