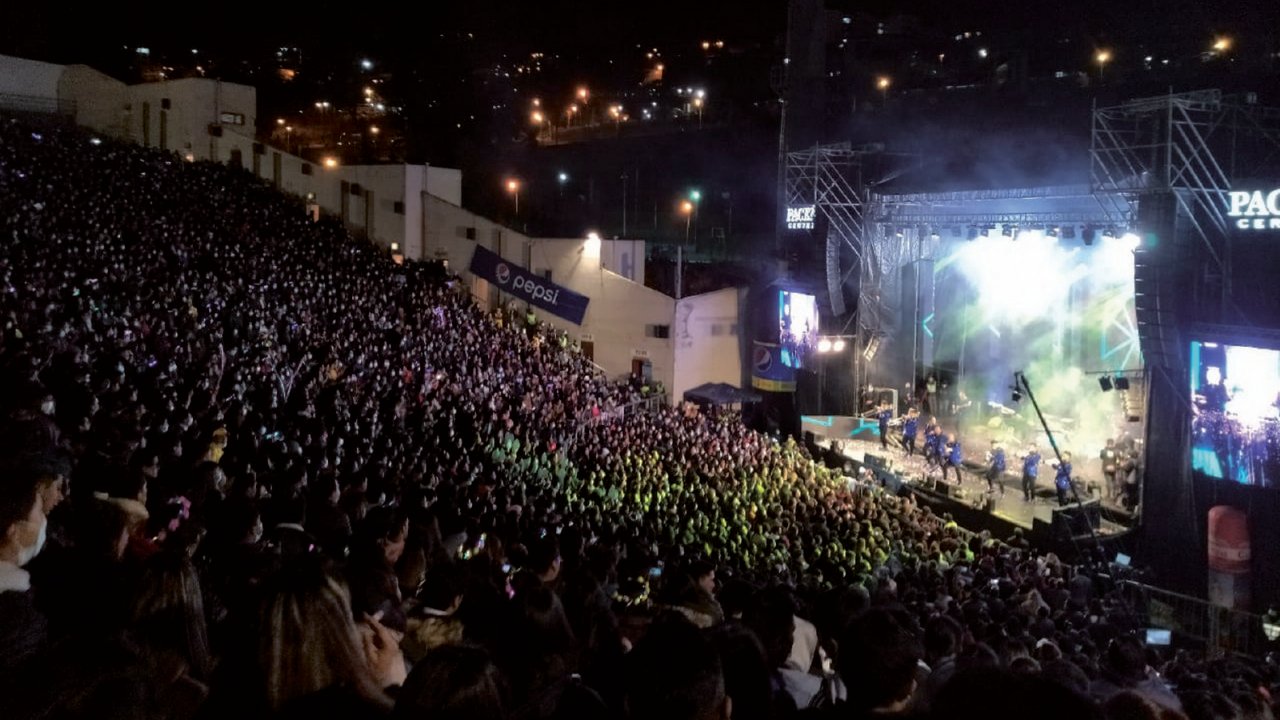 In the last three days, many people failed to comply with the main biosafety measures at parties, concerts, discotheques, soccer matches and religious festivities, such as that of Urkupiña de Cochabamba. Health authorities and specialists warned that the lack of control of the people will advance the entry of the fourth wave that will have as its protagonist the delta variant.

“The truth is, I do not know what is happening with the mentality of the population, I only know that no type of agglomeration for any purpose (in times of pandemic) is recommended,” said Rubén Castillo, head of Epidemiology of the Cochabamba Headquarters, in reference to the feast of the Virgin of Urkupiña, which is remembered every August 15th. Although there was no folk entrance, many people did participate in removing stones from Calvario de Cota. This activity was carried out with crowds and without biosecurity measures.

It is not the only place where there were crowds. In La Paz, on Friday the “Festicumbia” concert was held at the Open Air Theater. The event was packed with people and the capacity was exceeded 50%.

On Sunday, in the city of El Alto, many people gathered, danced and drank alcoholic beverages without biosecurity measures, on the 36th anniversary of the Unique Federation of Workers in Meat and Attached Branches (Futecra). The party was animated by the Maroyu group.

On the weekend, in Potosí, the municipal Olympic swimming pools, the spas and the Ciudad de Plata Closed Coliseum were packed with people.

“Medio Potosí moves to the coliseum when Calero and Pichincha play,” said a neighbor and said that on Sunday on Thinku Avenue, where the Ice Cream and Salteña Fair was organized, for the Ch’utillos festival, there was no room not a pin more because the place was completely packed.

In the main cities, in restaurants, the 50% capacity is no longer respected. A similar panorama was registered in the soccer fields and in the parks.

Faced with this situation, health authorities and specialists fear that the entry of the fourth wave will be advanced. In addition, the World Health Organization (WHO) warns that the delta variant is more dangerous.

For the epidemiologist René Barrientos, traditions and sporting events will not be lost, but it is important to comply with protective measures. The specialist said that it is urgent to assume greater controls, since the delta variant could enter the country at any time because it is circulating in Argentina and Brazil.

In addition, according to Barrientos, many people saw that the same number of people died in the third wave compared to the previous ones. He indicated that some citizens have already received the vaccine and have passed the disease from mild to moderate. “That gave them some confidence to relax. It not only happens with the population, but with the authorities themselves ”, he added.

“A lot of people started to relax on biosecurity measures. This is seen in La Paz and throughout the country. People no longer respect the use of the chinstrap, social distancing and hand washing. The worst thing is that many people participate in activities and people’s meetings as if nothing had happened, ”Barrientos warned.

The director of the Departmental Health Service (Headquarters) La Paz, Mayber Aparicio, assured that citizens do not apply the provisions of the COED on capacity for parties, weddings and sporting events. “If the population does not comply with these recommendations, obviously we would have the start of the fourth wave of infections earlier than expected,” he said.

Aparicio explained that the delta variant will be the main cause of the fourth wave and asked the population to comply with all biosafety measures.

According to the Pan American Health Organization / World Health Organization (PAHO / WHO), the delta variant is the one that would be circulating the most in all countries, which is why this institution encouraged States to coordinate actions to prepare in the face of a possible increase in coronavirus cases that may require hospital care and intensive care or other therapies.

The organization recommended intensifying genomic surveillance, ensuring the timely publication of the genetic sequences produced on the Gisaid platform and immediately reporting the first detection of cases of infection by worrisome variants, according to the WHO document, given the potential increase in cases and hospitalizations. related to delta VOC circulation.

The head of Epidemiology at the Ministry of Health, Freddy Armijo, told Página Siete that despite the fact that the fourth wave could obviously be anticipated, “we must not forget that the pandemic is still active in all departments of the country.” “Despite the de-escalation that we have had in these weeks, we are not yet reaching the low rates that should be, and that is precisely because of the attitude of the people,” he said.

The director of the La Paz Headquarters said that “if we achieve collective vaccination, the number of moderate and severe and deceased will be less.” “Although it is known that the vaccine protects less infections and this variant (delta) – according to some reports – can be up to three times more contagious than the original,” he added.

According to Armijo, La Paz, Cochabamba, Chuquisaca, Tarija and even Santa Cruz are accelerating vaccination, but there are still other departments, such as Potosí, that do not have good coverage. “It is useless to have the entire population over 18 vaccinated in some regions, if the flow of people throughout the country is constant. We must achieve 70% immunization, ”said the authority of the Ministry of Health.

According to the epidemiologist Barrientos, if biosecurity measures continue to be neglected and despite the fact that people over 18 years of age already have the vaccine, the fourth wave could affect those under that age more.

WHO recommendations and expert concerns