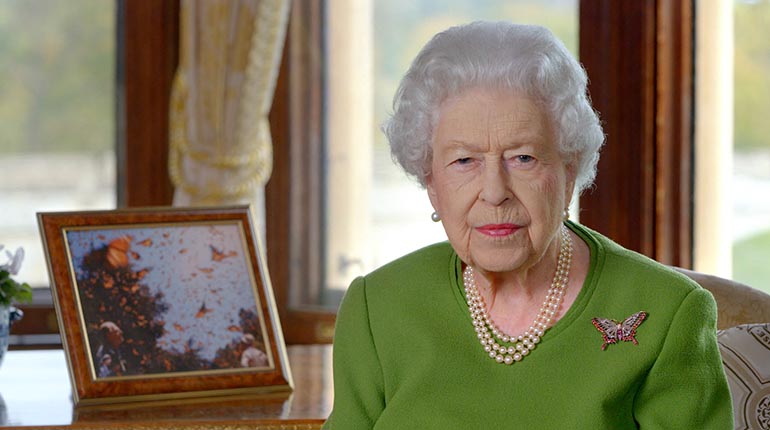 Pomp, pageantry and a dessert contest will focus the festivities, scheduled from June 2 to 5, to celebrate the platinum jubilee, that is, f the 70 years of reign, of Elizabeth II, Buckingham Palace announced on Monday.

Elizabeth Alexandra Mary Windsor was appointed queen on February 6, 1952, at the age of only 25, after the death of her father George VI.

On this date in 2022, the 95-year-old sovereign will become the first British monarch to reach 70 years of reign, now leading 15 Commonwealth countries after Barbados declared itself a republic in November.

To mark the occasion, Buckingham Palace announced four days of festivities beginning on June 2, the anniversary of Elizabeth II’s 1953 coronation at Westminster Abbey, in the first and so far only televised ceremony of its kind in the world. United Kingdom.

Among the announced initiatives there are two that will seek to leave a memory of this historical milestone.

One of them, named “Jubilee Green Canopy”, will allow the planting of 60,000 trees throughout the country in 2022.

The other will consist of a national contest, open to all pastry professionals and amateurs over the age of eight, “to create a new dessert dedicated to the queen.”

The five finalists will prepare their recipe before a jury, which will include the palace’s chef.

The winning recipe will be made available to the public to be reproduced at neighborhood parties and endure “for future generations.”

Scandals and “feeling together”

With this pompous celebration, the British monarchy, recently overshadowed by the deterioration of the monarch’s health, which adds to several resounding scandals within the royal family, hopes to generate positive news and improve its image.

The queen’s third son, Prince Andrew, 61, is facing a civil lawsuit in the United States for sexual assault, related to his friendship with the late American financier Jeffrey Epstein and his British friend, Ghislaine Maxwell, accused of sexual trafficking of minors.

On the other hand, Prince Henry, 37, grandson of the monarch who, together with his wife Meghan, shook royalty by announcing his sudden withdrawal in January 2020 and later denouncing alleged racist comments within the royal family since his Californian exile in March 2021, plans to publish his memoirs this year.

A symbol of unity throughout seven convulsive decades in which the United Kingdom has seen from the loss of its empire to its exit from the European Union, the monarch expressed in her Christmas message the wish that her jubilee “be an opportunity to that people enjoy a feeling of togetherness.

Launching a four-day weekend, with Thursday and Friday declared holidays for the occasion, the celebrations will debut with a parade through central London.

More than 1,000 soldiers, horses and musicians will march in the traditional Trooping the Color or “Banner Parade”, which usually commemorates the queen’s birthday annually but has not been celebrated since the start of the pandemic after its cancellations in 2021 and 2020.

Then, continuing a centuries-old tradition, 1,500 towns and cities across the country, overseas territories and Commonwealth countries will light a cauldron “to celebrate the jubilee.”

A religious ceremony will be held on June 3 at St Paul’s Cathedral in London.

The following day a great concert will take place at Buckingham Palace in which “the biggest stars in the world will participate to celebrate some of the most important moments of the reign”.

And on June 5, more than 200,000 “neighborhood parties” organized by volunteers are planned throughout the country.

The celebrations will close with a great march in London that will combine “theater, circus, music and street art”.

Parades, concerts and dessert contest for the 70 years of the reign of Elizabeth II