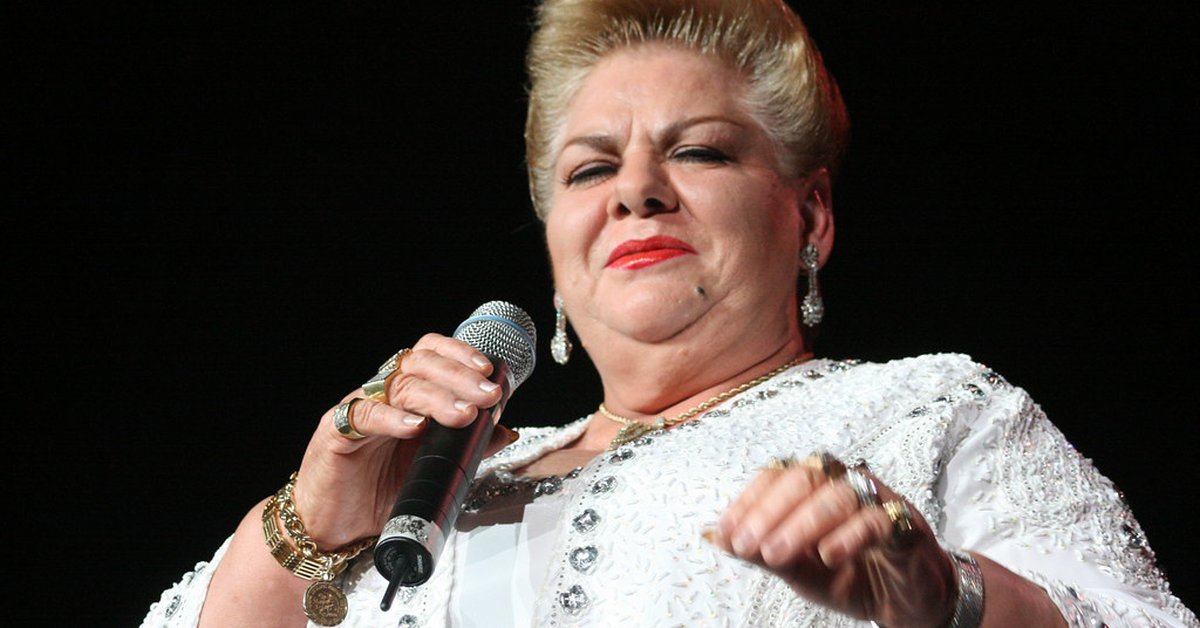 The awards Billboard Latin Music they announced that Paquita of the neighborhood will receive the award Lifetime Achievement for her invaluable artistic career and for being considered one of the singers who has most defended the role of women within the industry.

After 50 years of musical trajectory, this morning it was announced that Francisca Viveros Barradas, better known as Paquita la del Barrio, will receive a special award for her career during the next awards ceremony Billboard to Latin music.

This year’s edition will take place in Miami and will take place on next September 23. The broadcast of the traditional red carpet will start from 7 pm, Florida time, and an hour later the awards will begin. The program will be broadcast through the channel of Telemundo International.

In addition to her well-deserved award, it is presumed that Paquita la del Barrio will also delight those present and the general public with a special show where she will perform her greatest musical successes.

The awards Billboard to Career They are awarded to personalities in the entertainment industry who have a long artistic career, especially those who with their work have managed to leave a mark on the culture and taste of the public.

The award that Paquita la del Barrio is about to receive means a recognition of the musical, cultural and artistic value that the Mexican regional singer has built for around 5 decades.

Although most of her life has been dedicated to music, a few months ago Paquita la del Barrio entered the world of politics (Photo: EFE)

The singer from Veracruz is considered one of the most representative female voices in Mexican musicBecause of her constant work, she managed to position herself within the music industry when there were still few women who were getting a space in regional music.

The personal and artistic life of Paquita la del Barrio has not been easy, since from a very young age she faced different obstacles that she fortunately managed to overcome and that later inspired some of the lyrics of her songs.

After the painful loss of her twins, in 1984 Paquita la del Barrio recorded her first album Lantern Quarter. Her remembered album was very special for her because she got it thanks to the savings she had saved from her work at an inn.

Photograph provided by Telemundo where the Mexican singer Paquita la del Barrio, known as the Queen of the People or the Guerrillera del Bolero, appears during a photo session. EFE / Telemundo


Such was the impact that he generated with his way of interpreting the songs that he managed to break the barriers of stereotypes and got his first opportunity on the television show Today, program hosted by Guillermo Ochoa. From that moment on, the number of people who went to his food business to listen to sing grew.

Over time, the woman from Veracruz managed to win the hearts of women and surprisingly some men, as the singer positioned herself in the taste of the male public despite the fact that most of her lyrics were claims towards them.

Among his most famous themes are Three times I fooled you, two legged rat, The knee pads, the women rule, the last word, You say hello to yours, Evil men, Mature single, little boy, among many others.

During her artistic career, Paquita la del Barrio also he ventured into the world of film acting alongside the leading actress Silvia Pinal in Old model and tired of kissing frogs. He also wanted to be part of Mexican politics with a deputation in Veracruz.

The singer has received countless awards from across the American continent. In 2011, Paquita received the award Billboard a The voice and was also nominated for Best Mariachi Album of the Year of the Latin Grammy.

On previous occasions, the award The trajectory has been awarded to personalities such as Armando Manzanero, Marco Antonio Solís, Maná, Los Temerarios, Intocable, among others.

This is how Juan Pablo Medina will return to the stage
Belinda’s unexpected version of a Shakira song from the 90s
“The process is very difficult”: YosStop’s boyfriend spoke of the arrest almost two months away