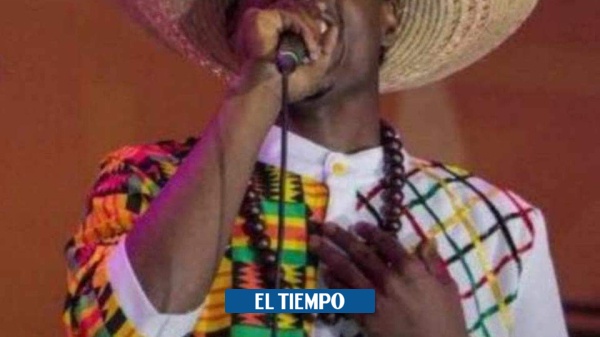 In circumstances that are the object of investigation by the authorities, unknown persons murdered the artist from folk music from the Pacific coast of Nariño, Esnaider Javier Castillo Ortiz.

According to preliminary data, the homicide It happened during the night of Monday, December 27, on a street in the local center, where several shots were heard.

Ortiz Castle He was a native of the municipality of Barbacoas, although he had been living for a few years in Cali, the capital of Valle del Cauca.

The young man was in a downtown area around 11 p.m. on Monday, December 27.

In a situation that has not been clarified, he was attacked with a bullet.

Sadly, this young man who made music to heal last night was killed by armed actors in Barbacoas

Francia Márquez, environmental leader and candidate for the Presidency of the Republic, he pointed out that, “a few days ago, Esnaider Javier Castillo Ortiz, from the Lumbalú (barbecues) and Changó (tumaco) groups, delighted us with his voice at @PetronioCO. Sadly, this young man who made music to heal last night was killed by armed actors in Barbacoas “.

The authorities do not confirm the version that the responsibility belongs to an illegal armed group in an area where dissidents and paramilitaries are active.

The soul hurts
A few days ago Esnaider Javier Castillo Ortiz from the groups
Lumbalú (barbecues) and Changó (tumaco) delighted us with his voice in the @PetronioCO, sadly this young man who made music to heal, was killed last night by armed actors in Barbacoas pic.twitter.com/TP7lGDXGOe

The Municipal Mayor’s Office of Barbacoas He spoke out about the unfortunate event and categorically rejected it.

“We energetically reject the acts of violence that extinguished the light of life of the young cultural artist Esnaider Javier Castillo and we demand that the authorities clarify the facts,” the municipal administration said in a brief statement.

He also affirmed that “we unite in deep solidarity with all his relatives and friends.”

For the Mayor’s Office, the murder of the musician is a strong and sad blow against the traditional culture of Barbacoas.

(Lea: The mystique of Petronio Álvarez, the festival that lives in the Pacific)

“It is a town where culture shouts open spaces. We will not allow our voices to be silenced. Your voice will always resound,” he added.

The authorities are trying to establish the circumstances and causes that surrounded this serious act of violence in this municipality located on the banks of the Telembí River, at the foothills of the Nariño coastal mountain.

His relatives, lamenting his prompt death, indicated that they await an investigation into what happened and that the perpetrators of the crime be severely punished.

Alert for dangerous game with gunpowder by young people in Cali