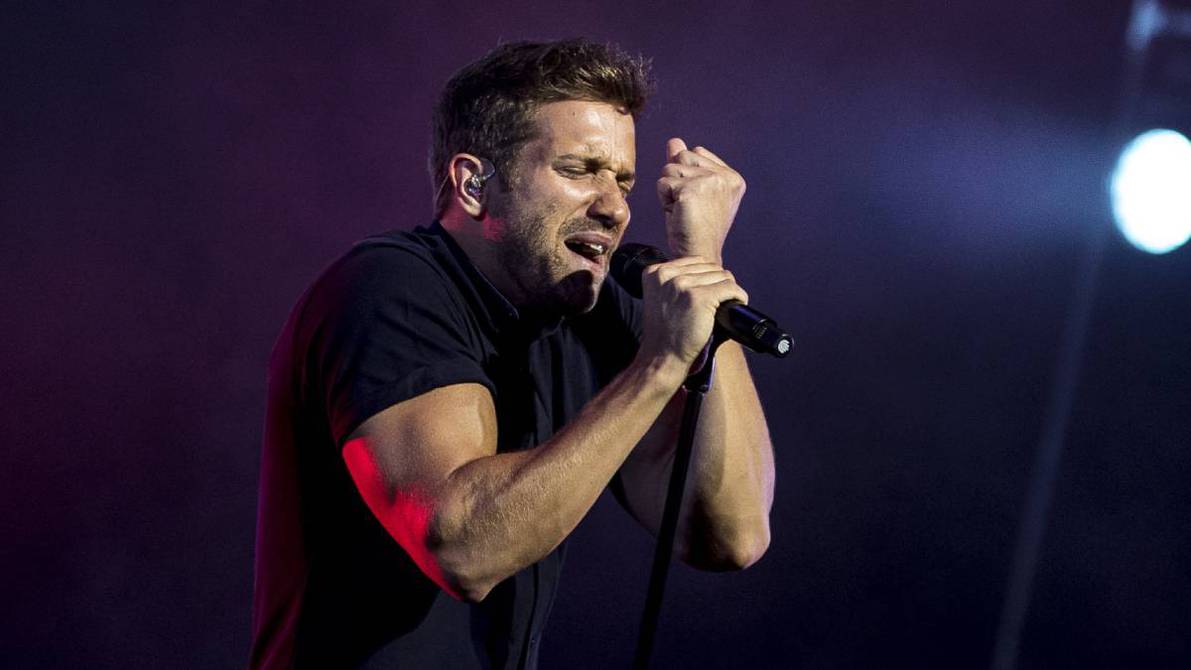 “I’m going to sing leaving my soul, leaving my skin, because I think they deserve the best right now,” said the artist at a press conference.

This Saturday Pablo Alboran will have a musical date full of romance, love and a lot of magic with his Latin American followers. The Spanish singer will premiere his Vertigo Tour 2021 with a concert in streaming for America.

“I hope this streaming be hopeful for the future, for what is to come, I hope there will be many concerts, “said Alboran at a press conference via Zoom.

“I am going to sing leaving my soul, leaving my skin, because I think they deserve the best right now, and all the people who follow me and who want to be with me, want to listen to my music, I promise to give my all so that at least I feel close “he added.

The live recital can be seen at Mexico, Honduras, El Salvador, Guatemala, Colombia, Venezuela, Panama, Costa Rica and Ecuador, country from which he claims to remember wonderful moments. “In Ecuador we have had good times, I remember one or another getaway that we have done with my band … gastronomy was an experience, I remember that it was a very passionate audience, very dedicated … fans They are wonderful, I really want to go back ”, manifested.

Alboran will perform the songs from the album that bears the same name as the tour and which was released in 2020. That is, the concert will have songs like Barefoot heart, if you had wanted, the party or Let’s talk about love, that will alternate with the classic themes Steps from zero, Saturn, The key, I promise, Only you or Live the.

“There are also going to be surprises and songs that people don’t expect”, warns the Spanish, who defines his album as “tremendously human”, with genres such as bachata, samba, bolero.

For the artist, this virtual encounter has significant value, because during confinement he has had to “stir his insides to be able to write, be inspired, motivated, and record remotely with other musicians (such as Camilo, Ricardo Arjona)”. The artist finally managed to finish unfinished songs and thus launch his album.

That is why, he says, he has prepared with great care this show which he describes as magical. “We have tried to find a way to connect music, visuals and lights, so that it is as homogeneous as possible and at the same time is very enveloping and magnetic”, He affirmed and confessed that he will constantly want to see the camera so that people can feel it near their homes.

“I promise that it will be very special … we are rehearsing eleven hours a day every day so that it turns out perfect, so that at least we can transmit the best version of ourselves to an audience that has always been dedicated, has always given me the best in every concert, in every country … ”, added.

Well, he had previously said that last year’s confinement led him to live a “brutal nostalgia”, but with a huge sense of hope at the same time. “In preparing for the tour I have found all the motivation. Now is one of the moments that I most want to face and I want to enjoy ”, he points out.

Learnings from the pandemic

At the press conference, journalists took the opportunity to ask him what he got out of the pandemic. “Professionally I have learned that when things are taken a little more calmly and at a distance, they are more enjoyable,” he replied.

“I learned to value my family more, my time, not waste time on nonsense, and value the work of others, value teamwork, value that people are there, value the public that continues to wait for you despite a pandemic … ”, he added.

A second concert will be offered on June 5 at streaming for Chile, Argentina, Uruguay, Brazil, Peru and Paraguay.