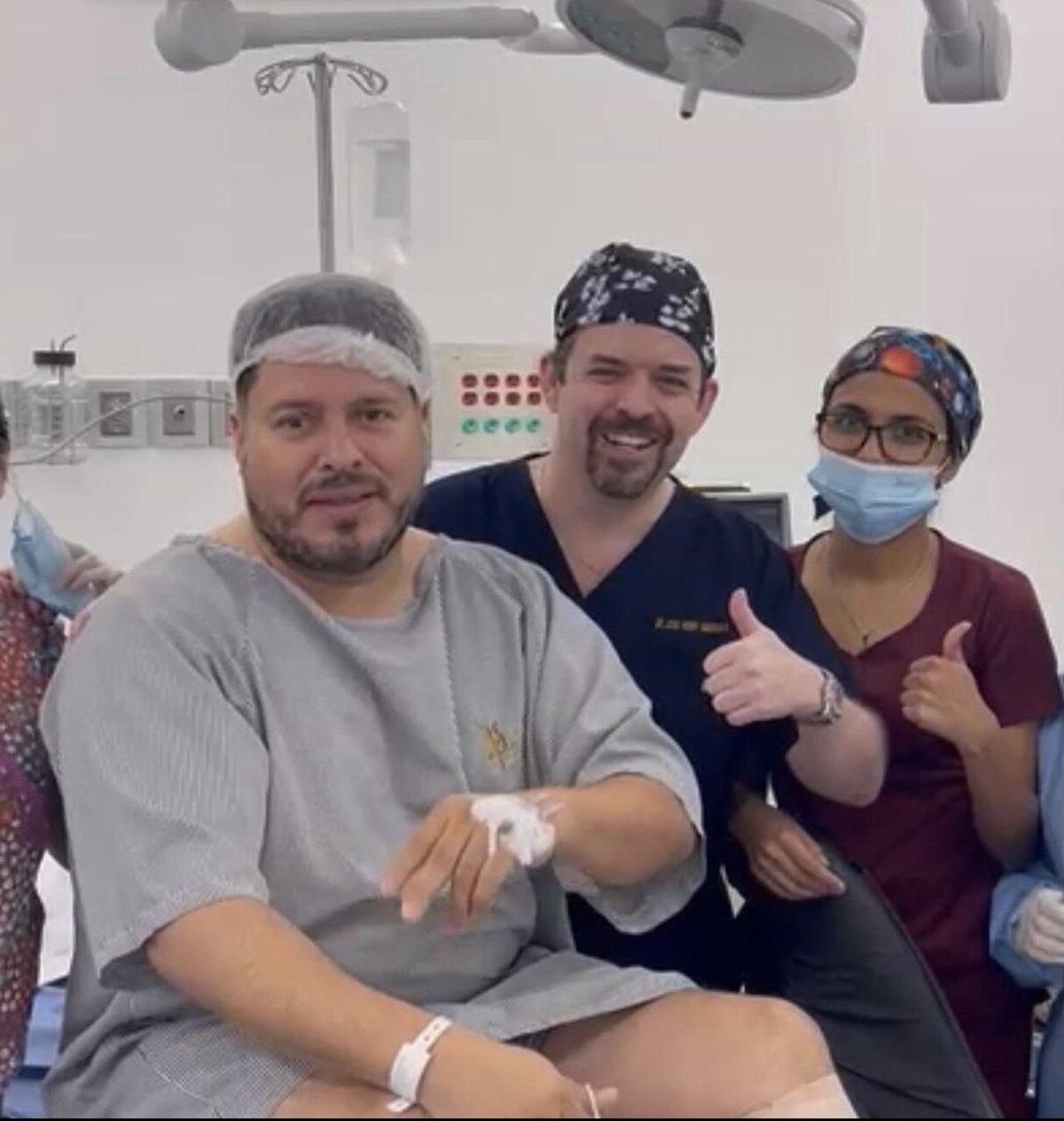 The singer Oswaldo ‘Walo’ Silvas seems to have made an important decision. After years of being overweight, the performer of Banda MS finally he opted to undergo bariatric surgery to improve his health and, incidentally, completely change his image.

Despite having undergone a rigorous diet and exercise plan, apparently, the singer did not obtain the expected results and decided to surrender to the scalpel to perform the operation commonly known as gastric sleeve, which induces weight loss by restricting the amount of food to eat.

The operation apparently took place in a clinic in Saltillo, Mexico, under the care of a doctor. Henry mansur, who announced on his social networks that the famous interpreter was visiting his operating room. So far, Walo has yet to comment on the procedure.

The leader of Banda MS is not the only group that turns to experts to change his image, the list is long and extensive. Among the most outstanding is Jose Angel Ledesma, better known as The coyote, who on medical orders has had to take drastic measures to improve his health. El Coyote has openly confessed that he has reached the surgical table on more than one occasion, because of his overweight.

Your colleague, Julio Preciado, has also gone through the operating table due to its fat. After his kidney transplant In January of last year, Preciado confessed that he would have to improve his quality of life, which is why he was not opposed to having gastric band surgery to lose the weight required by doctors.

“I think in the end it will be for the better,” he told the Mexican press in June of this year. “One of the main objectives is to improve one’s quality of life. Taking the load off the body always improves cardiovascular fitness.”

This type of procedure has become a trend among young artists of regional Mexican music, who without regret turn to experts to lower their stomach. Such is the case of Jasiel Félix, singer of the group H-100, who last year joined the list of artists who have resorted to this procedure.

“Obviously this operation is done by overweight people, in order to lose weight. I have been fat for 26 years, which can be classified as morbid obesity. I have approximately 83 kilos above my weight,” he wrote on his Instagram account last year.

For his part, Lenin Ramírez also underwent surgery for the bypass. Alex Villarreal “El Borrego” and Beto Zapata of the Heavy Group, they also went through the scalpel.

The list includes Arturo Rodriguez, vocalist of Guardians of Love, Tony soto of the Seventh Band, and Alex Ojeda from Banda El Recodo, among others. Those who supposedly have not yet given up on this trend are Chuy Lizárraga and Julion Alvarez, who claim to follow a strict diet to lose extra pounds.